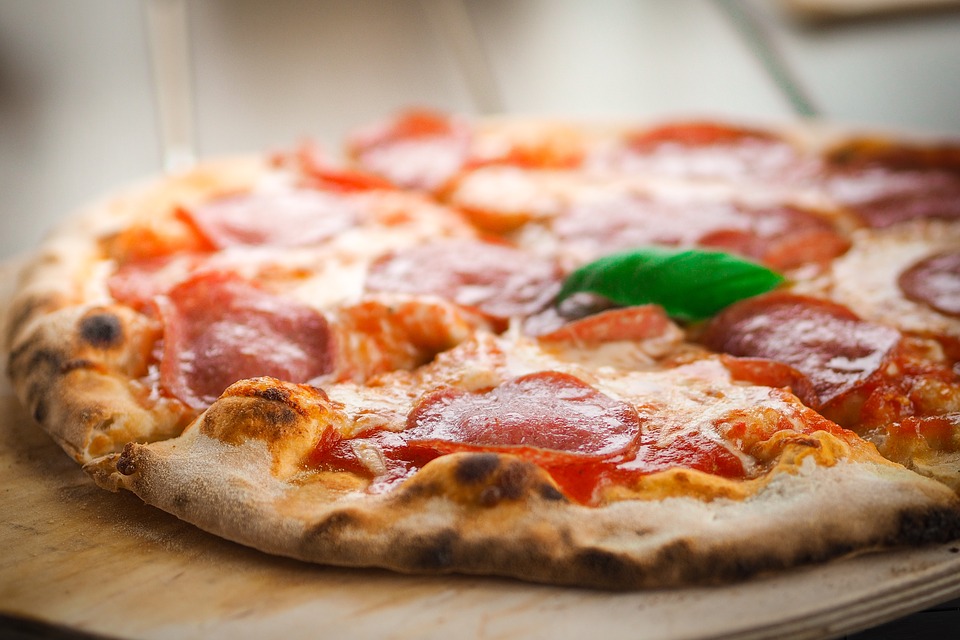 Pizza has been a huge part of my life for as long as I can remember. My childhood was riddled with “Hop out and grab a slice, Zach.”

I like all kinds of pizza, from pepperoni to margherita, but to me, there is something timeless about a cheese slice. It shows a pizza place’s ability to create a great tasting meal out of only 3 components.

There are no toppings to mask a poorly made slice; it all hangs in the balance of those three ingredients. I take pride in the range of pizza I’ve had; everything from Domino’s to real authentic Italian pizza in NYC and New Jersey. I am by no means an expert, but I consider myself well versed in the language of pizza.

When I moved to Amherst, my pizza life restarted. I no longer had my established favorites, so I started the long process of finding my new favorite slice spot. Through much experimentation, I found the places I liked. Some of them no one had ever mentioned to me; others came highly recommended. I wanted to find out what places Amherst natives liked, and why they liked them.

Most people in Amherst share a cult like obsession over Antonio’s. People describe it as “the best pizza I’ve ever had.”

As the Principal of ARHS puts it “If the key words are pizza in Amherst, I’m going to Antonio’s.”

Although I do agree that Antonio’s is one of the most convenient and well-known pizza places in Amherst, it’s far from the best.

What Antonio’s does well is offer a huge variety of pizza. They have toppings ranging from tortellini to nachos, which is the allure for many people.

Trevor Edwards, an Amherst senior said that “I would get a chicken bacon ranch slice from Antonio’s.” In my opinion, Antonio’s doesn’t make a good slice so they compensate by putting on a large amount of toppings to mask the weaknesses of the pizza.

Seth Bella-Hunter, another Amherst senior, also likes Antonio’s the best of all the pizza places in Amherst, a trend very few deviate from.

When asked where he would go for a plain slice, Edwards said, “I would go to Amherst House of Pizza.” He said he likes the “distribution of cheese, and the proportion of cheese to sauce,” which are important aspects of a slice.

When I began my pizza inquiring, I expected that a lot of people would like Antonio’s the best, but I had no idea that it would be almost the only answer I received. Through my interviews and casual questioning only two people veered from Antonio’s and they favored Bruno’s and Amherst House of Pizza.

Antonio’s has monopolized the pizza market in Amherst. With so little competition, they do not need to make their pizza any better, so it remains mediocre at best, and quite overpriced. Antonio’s is a chain pizza place that uses the name of an Italian man to seem “authentic.” In my opinion, the best pizza in Amherst is surprisingly at Whole Foods.

Their slices are large, well -balanced, and come at a fair price. Joe’s, in Northampton, also has some of the best pizza in the area. It is an authentic Italian restaurant that serves delicious thin crust pizza among other Italian classics.

The best pizza I have found is at Magpie in Greenfield, though. They use brick ovens to make authentic Italian pizza. The restaurant doesn’t need tons of toppings to mask the weakness of their crust, cheese and sauce. Although it is far, the restaurant is a sit-down place with a very nice interior and outdoor seating.

All in all, Amherst is in a pizza purgatory. The pizza isn’t bad. I have had significantly worse (in rural Pennsylvania and Michigan), but it also isn’t “good.”

The “best” to Amherst natives is truly average. Amherst has better options than Antonio’s, but the citizens of Amherst would rather pay an absurd amount for a very mediocre slice instead.