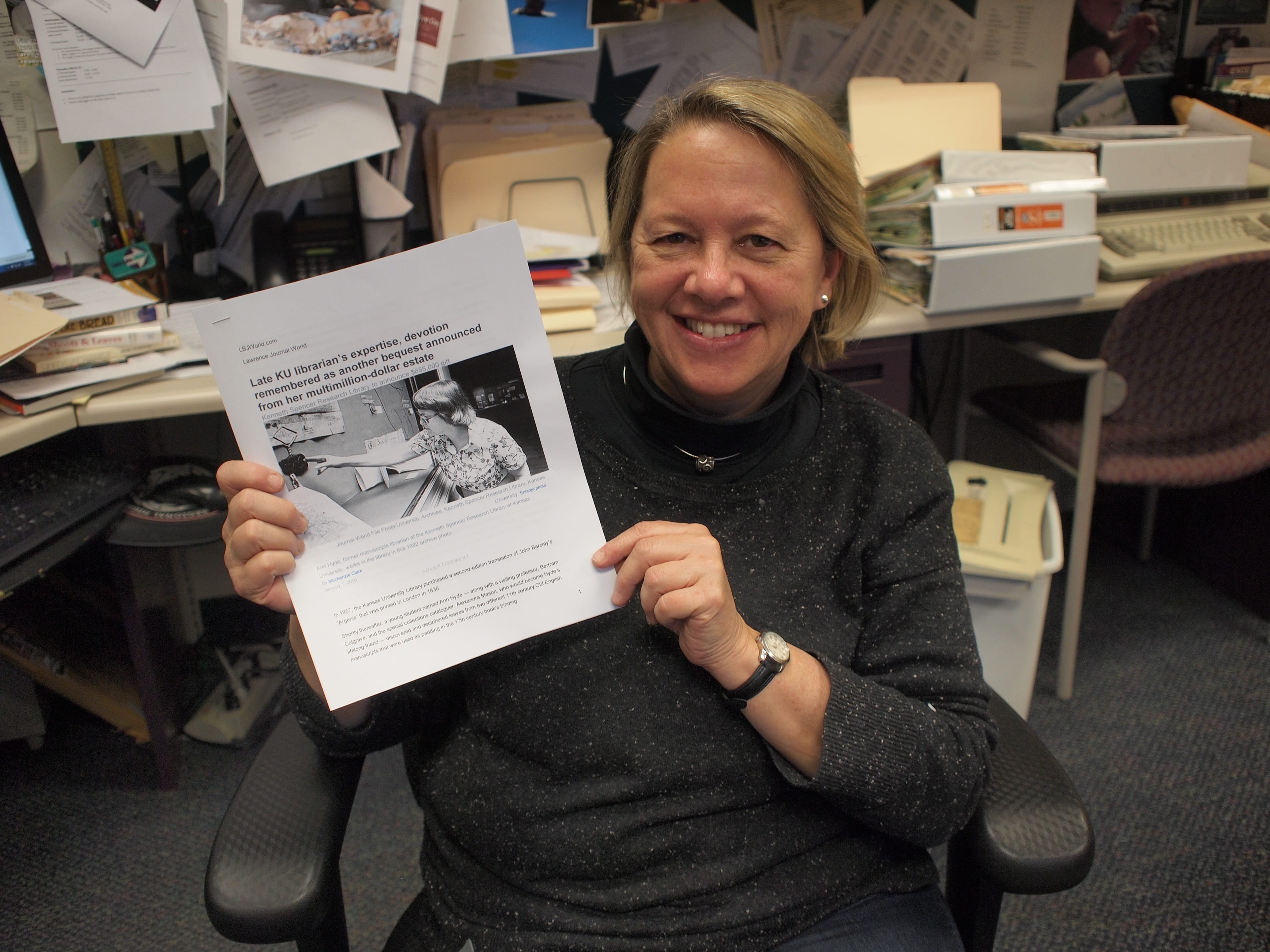 Leslie Lomasson is the head librarian at the high school.Photo: Yasunari Watanabe

Approximately one year ago, the ARHS library received a very special and surprising letter from a court in Douglas County, Kansas. The letter reported that Ann Louise Hyde left 2% of her estate for the ARHS library in her will. This ended up totaling $65,525.94.

Ann Louise Hyde was a librarian at the University of Kansas. Hyde never lived in Massachusetts and the librarians could not figure out why she would leave such a large sum of money to our high school in her will.

After doing research, head librarian Leslie Lomasson discovered that according to her obituary, Hyde, 83, “was preceded in death by her lifetime friend, Alexandra Mason.” Mason was also a librarian at the University of Kansas. She grew up in Leverett, and attended ARHS and Mount Holyoke College. So Hyde donated the money in honor of Mason.

According to Lawrence Journal-World, a local newspaper in Kansas, the two met at the University of Kansas when Hyde was a student and Mason was brought in to work in special collections for the university.

After a while, they ended up buying a house together in Lawrence Kansas where lived together until Mason died in 2012.

According to the Douglas county court records, Hyde also donated to twelve other organizations. These include the Kansas Advocates for Better Care, Lawrence Memorial Hospital, Douglas County Red Cross, Douglas County Visiting Nurses Association, the Douglas County United Way, the Great Neck Public Library, the public library of Greenfield, the Royal Air Force Museum in London, and the biggest donation to the University of Kansas libraries for over $655,000.

Our librarians are still formulating a process for how the money should be spent. Right now the library is faced with the dilemma of potentially combining the middle school and high school libraries. If the schools are combined, according to Ms. Lomasson, once they know the plan, they will figure out the best way to spend the money.

She said they won’t spend money on new books or supplies until they are sure, as consolidation would lead to weeding out books in combining the two collections.

According to Ms. Lomasson, the goal is to ask students what they would like to see in the library. They want Hyde’s money to significantly help students and improve the life of the library.