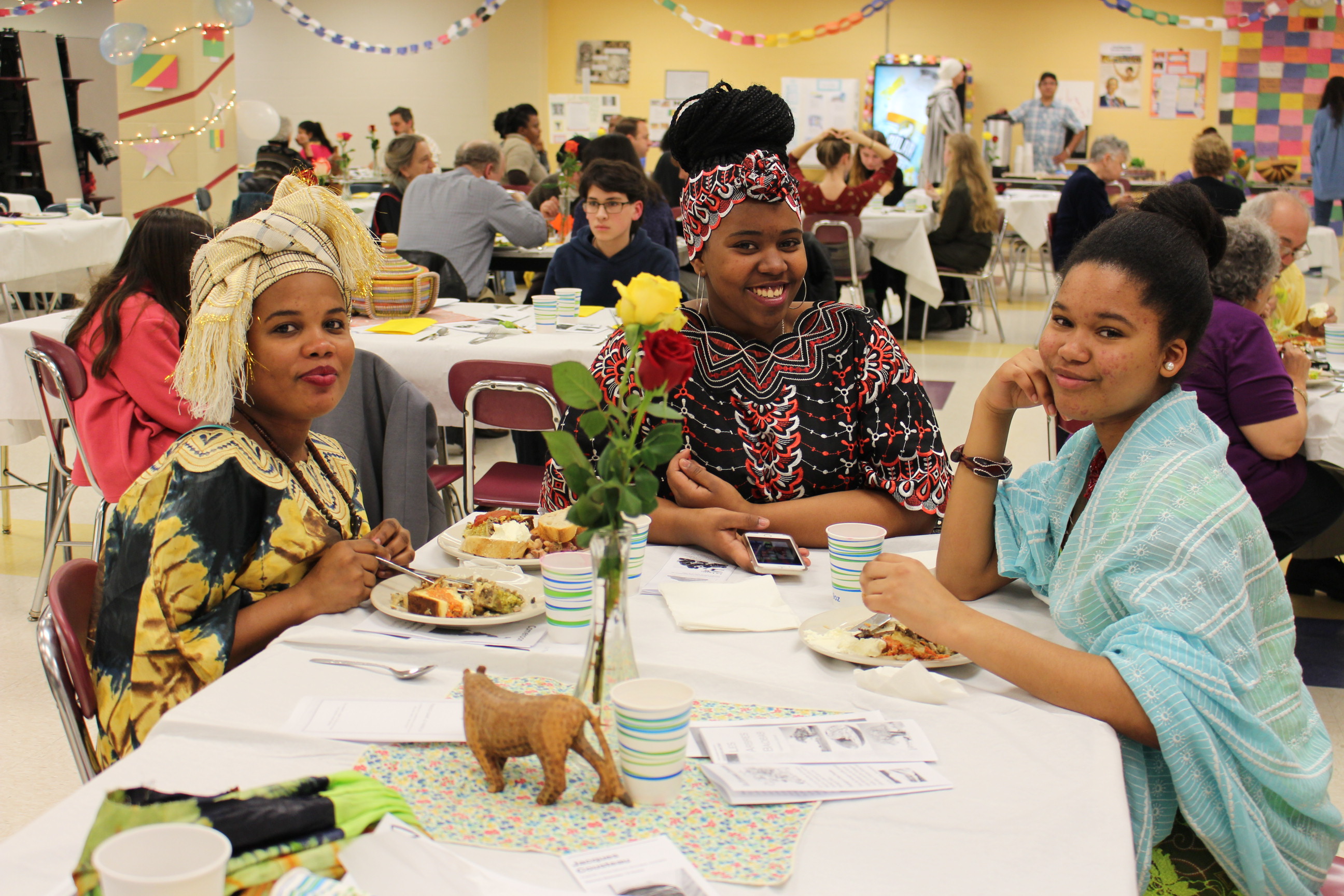 The French-Francophone Dinner was an exciting cultural experience hosted Thursday, February 25 in the ARHS cafeteria.

The cafeteria was decorated by students in the French program with streamers, lights, flowers, and items from Senegal, as well as posterboards by students on various aspects of French and Francophone cultures.

The event started with appetizers and mingling and then food from the Culinary Arts Program was brought out.

On the menu were vegetable and salmon terrine, crepes with vegetables and baguettes. Amanouz Cafe in Northampton also catered, bringing Moroccan tea and coffee.

Students performed skits based on West African folktales they had researched.

The audience was also quizzed on trivia about France and Francophone countries.

They answered, “How many years did it take to build the Eiffel Tower?” (two years, two months, and five days). “What type of energy does France run on?” (nuclear).

The event wrapped up with a sing­along to “Toi Plus Moi,” a song by French singer Gregoire about unity.

This is the second FrenchFrancophone cultural dinner; the first was held in 2008.

“The idea was to give students an experience beyond sitting in a classroom and learning from the textbooks,” Ms. Cissé­Dème said.

She went on to say how pleased she was with how the dinner turned out.

“I was very impressed by the student work­, the way they believed in the project, and how they rose to the occasion,” she said.

The initial date for the dinner was February 5, but school was cancelled because of the weather.

It was rescheduled for February 25, which Ms. Cissé­Dème thought was overall a good thing, as it gave students more time to prepare.

English teacher Chris Herland attended the French dinner and said his favorite part of the event was the PowerPoint by Congolese student Shyam Tewani.

An important aspect of the dinner was cultural exchange between ARHS students and different French and Francophone cultures.

“I think in terms of culture, to help prevent stereotypes, you should learn more about those cultures. The more you understand, the better,” Ms. Cissé­Dème said.

Ms.Cissé­Dème, who hails from Senegal, said, “I always get excited to share my culture and I find that students are interested.”