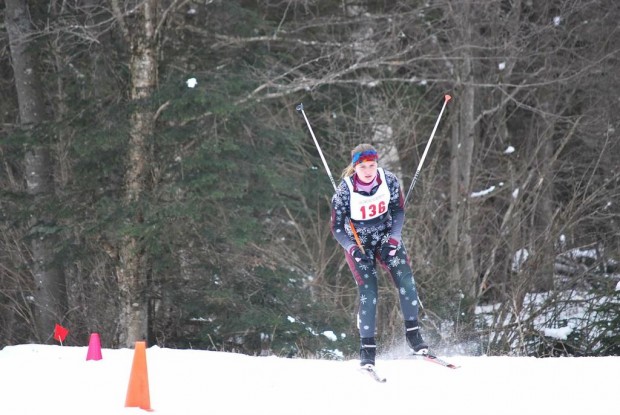 This winter started with no snow but with high hopes for the Nordic team.

Led by captains Kale Wenczel and Ciaran Young for the boys’ team and Livvy Weld and Zofia Noble for the girls, the Nordic team was primed for a great season.

“We returned our top five [skiers from last year],” said Willy Wright, a sophomore and top finisher for the boys.

The highest-ranked five skiers are the only ones who count for scoring, so the boys  were hoping to topple the juggernaut of Mount Greylock, the best team in the state.

However, they lost to Mount Greylock in all three meets, and lost to Northfield Mount Hermon as well in the most recent meet.

By late January, they had had three meets, placing in second, second, and third, respectively.

While they lost a couple very good skiers including Charlotte Price and Amanda Reilly, they still have a good team.

The girls have four out of seven returners from a varsity team that finished fourth in the state.

However, the girls’ hopes were not as high for a top finish at states because of an exchange trip to Africa that would pull members from the team, as well as a bike and ski trip other members were participating in that would pull them from skiing.

Kendal Pittman, Claudia Danford, Leija Helling, Augusta Fricke, and Elende Connor were among those who left halfway through the season, forcing the girls to look at this year as a building season.

The girls have a very deep team. “[There are] a lot of new girls who have skied before,” said Weld.

The girls have high hopes for Piper Lacy, a sophomore, and Stella Wenczel, a freshman.

“[Stella]’s been skiing since she could walk,” said Weld.

The Nordic season  was unable to begin until after December break, the first snow of the season and January and February did not bring much snow to move the season along.

As a result, the team has done more dry land training than usual.

“We rollerski, we do core, we do track workouts, we run,” said Wright.

Both teams have also been bonding, including a hike and a potluck. “Practice is [also] fun,” said Wright. “Ryan Dinger makes it fun.”

In the past the team has struggled with light snowfall, but nothing like this season. Still, “nobody is getting snow unless they live in Colorado,” said Wenczel.

The team loves to get on skis at Cherry Hill and Notchview.

“If you are reading this, pray for more snow,” said Noble.