TikTok helped them choose a college 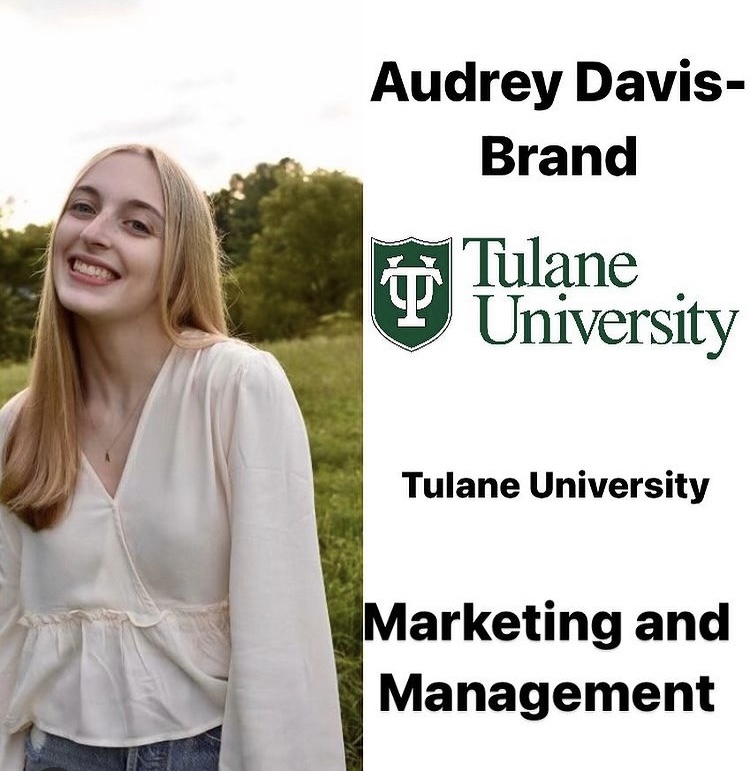 Audrey Davis-Brand was swayed by the posts she saw about Tulane University on Tik Tok.

One thing that doesn’t immediately come to mind when people think of TikTok is choosing a college, but there’s a clear link between the two.

As social media platforms such as TikTok grow larger and larger, many users are taking advantage of the platform to ask for advice and share stories. Colleges and universities are even becoming active on social media themselves to help steer prospective students.

TikTok allows colleges to post information about college tours and the application process, and some posters offer students help in choosing which school to pick. These posts garner lots of likes and comments, influencing viewers.

Colleges appear more desirable if they are talked about often online. “I was drawn to [one school] because of its popularity,” said senior Emily Ireland about a place she applied to, but she said that didn’t affect her ultimate decision.

Senior Audrey Davis Brand admitted that information she found on TikTok was helpful when she was looking into schools like Tulane, in New Orleans, where she will attend college next year. “Tulane being very active on social media was a plus for me, because it was really easy to find quick answers to a lot of questions I had throughout the process,” she said.

As much as social media was helpful in this way, some described the oversharing that happens online as equally stressful. “I think it’s become more toxic in a way because people are constantly comparing themselves to others,” Davis-Brand added about the influx of TikToks posted about college decisions.

“I saw a good amount of people posting where they got in along with their stats, extracurricular activities, and awards,” said Davis-Brand.

As long as students could brush that pressure off, Ireland felt it was worth it to take to TikTok during the college process and that students’ eyes could be opened to new colleges to check out.  “Social media gives students ways to find out about schools they wouldn’t necessarily see,” she said.

Davis-Brand admitted that posts about Tulane definitely swayed her. “I was influenced by posts from people talking about how much they enjoyed Tulane [in addition to] their fun videos,” she said.