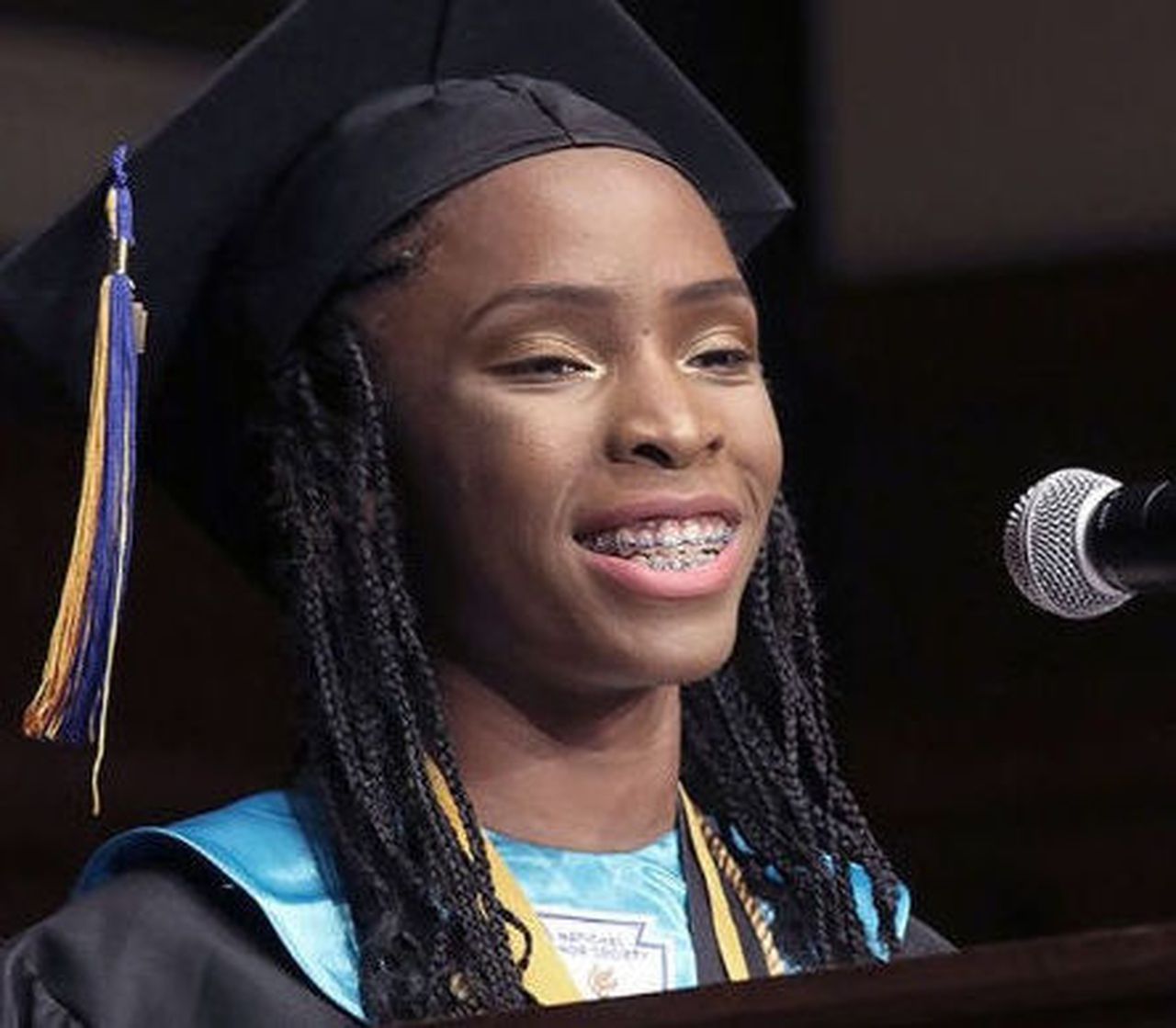 Nyasia Jordan in her graduation photo from Springfield's Central High School in 2018.

Nyasia Jordan is one of the newest employees at ARHS. Her official position is campus monitor, and she sits outside the atrium bathroom signing people in and out or asks students for a pass if they are walking by. Her hiring was just one piece of a puzzle aimed at improving the level of safety in halls and bathrooms at ARHS and keeping kids in class.

But Jordan is not just a hall monitor. She is in the class of 2024 at Harvard University (she is currently taking a year leave), a first-generation college student who was the first black female valedictorian at her high school, Springfield’s Central High School, graduating in 2018.

During high school, Jordan managed three sports teams, organized the Relay for Life, worked at Donut Dip 5 days a week, and was a two-season athlete.

According to an article on masslive.com, she was also “part of the National Math Society, the National Honor Society and was president of the Gender Equality Club. Her club got gender neutral bathrooms put in her school, and she partnered with the New England Patriots to mentor middle school students on violence prevention.”

Tutoring those students helped Jordan develop her passion for education, which she said makes her excited about this position.

According to Jordan, her high school, Springfield Central, has a very different environment from ARHS. “You couldn’t express yourself [through your clothing] since we wore a uniform—black polo with tan or black pants. And there wasn’t that much mental health support or student support,” she said. “I have three siblings that go to Central, and it’s still the same. It is very rigid, but teachers talk to you with respect.”

Rather than feeling like someone who polices student behavior, Jordan said her position actually has a “restorative justice aspect.”

It allows her to connect with students, check in on them, and make sure things are running smoothly at ARHS. Jordan wants ARHS to be less oppressive than her high school. “I am here to support teachers, who will then support students,” she said.