Paramedic loves ‘helping people when they are in need’ 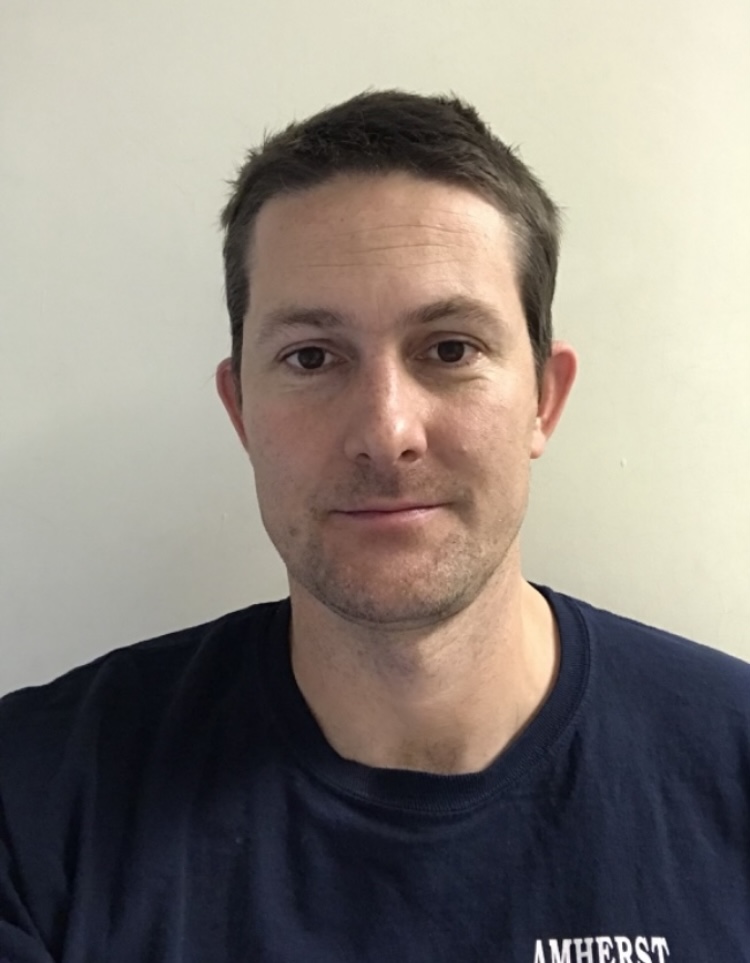 Dylan Tunnell deals with a variety of different emergencies including medical and fire emergencies.

Dylan Tunnell is a paramedic firefighter for Amherst Fire department. He deals with a variety of different sorts of emergencies, whether they’re medical or fire. If it’s

a fire emergency, he jumps on the fire engine and responds. If it is a medical emergency, he takes the ambulance and helps treat medical issues, usually bringing people to hospital. I spoke with him about his life and job during the pandemic.

GC: What are some of your best and worst qualities?

DT: Well, I will start with my worst qualities, which are things I have been working on lately. I think I’ve always been pretty poor with organizational skills. I’ve had a hard time structuring my life in a very well organized way. Planning has always been a little bit of a struggle for me. I think that’s part of the reason why I chose this job is because it’s more about responding when things go wrong. You have to do something right there in that moment, rather than having to do a lot of advanced laying out of plans. I think one of my strengths is that I’m reasonably good at improvisation. I’m pretty good at reacting under stressful situations, whatever they are. I would like to think that I’m pretty good at

understanding others in those times as well. I think it can be hard to be sympathetic or compassionate in stressful moments. I’ve always tried to do that. I think that’s one of the parts of my job and in my life I am good at.

GC: So is there anything about your job that you like less because of the pandemic?

DT: I don’t think that any moment in the pandemic has changed my outlook on my job, for better or worse. Parts of the pandemic have been difficult for a number of reasons. But I think the things that have happened related to my job have just been just a part of a bigger struggle that everyone’s going through. It’s great to feel like I’ve been doing something that’s at least helping people in a time when a lot of people need help.

DT: On a typical day, our shift starts at seven. But normally we get in there closer to 6:30 to give a little bit of time to kind of get our uniforms on, change out equipment, get updates from the crew that was on the day before. We do inventory and check equipment from the day before and make sure that everything is working as it’s supposed to. On any given day, there may be random things that pop up as far as training we have to do or checking up on building inspections in Amherst to make sure things are up to code.

Once we’ve gotten through those daily things that may or may not come up. It’s mostly just kind of hanging out in the fire station, waiting for an emergency to happen. The station is pretty busy, especially for our size because of our college population. Medical calls are pretty common and the majority of our calls. Buildings aren’t just burning down every day now thankfully. This is because of education and prevention measures.

GC: How has the job changed during the pandemic?

DT: Well, it’s definitely changed. Just like the world has changed. For us, It’s been up and down a lot. One of the strange parts for us early on in the pandemic, was when people were first kind of realizing how serious things were. I think the word got out to people that it was best to avoid going out and having exposure to things if you didn’t have to. So during the first wave of the pandemic, early to mid-2020, we were actually very slow. I think that we weren’t seeing a lot of the people calling for less serious medical emergencies because people were trying to avoid the hospital. I would have days where I would go for 24 hours with having like one or zero calls, and it was very, very odd. We adopted masks fairly quickly with very little backlash. Many fire stations nationwide were a bit slower to change.

GC: What is the hardest part about being a first responder in the pandemic?

DT: We see a lot of people in a place of just not knowing what to do. When someone does not know what to do about a medical issue they call us. These types of calls that would not be considered serious emergencies become taxing on you. Once you arrive at a call like this, you have to help this person figure out what is going on with them. It can be mundane things that wear the heaviest. Not only that, we are short-staffed and we also see hospitals that are severely short-staffed. Throughout the pandemic, Amherst has had pretty low cases. Right now we are seeing a surge of cases and we are definitely transporting more people to the hospital that have COVID. It is challenging, knowing that any given patient that you’re around could potentially be exposing you to COVID.

GC: Do you think the fire department will ever really go back to the exact way it was? Or has PPE (personal protective equipment) changed for the good?

DT: I wouldn’t be surprised if it was the case that we continue to wear at least some form of a mask on all of our calls moving forward. I mean, maybe at least a surgical mask, just because I think it also just increased the awareness that even before COVID stuff, there was a lot of disease transmission going on, and it probably could have been prevented by just people wearing masks. It’s more common in other parts of the world, some places where people just always wear masks. It is more of a routine thing, even when there’s not a pandemic going on. So I don’t know if it’s going to be an official policy for us long term or if it will be the kind of thing that a lot of people do by their own choice.