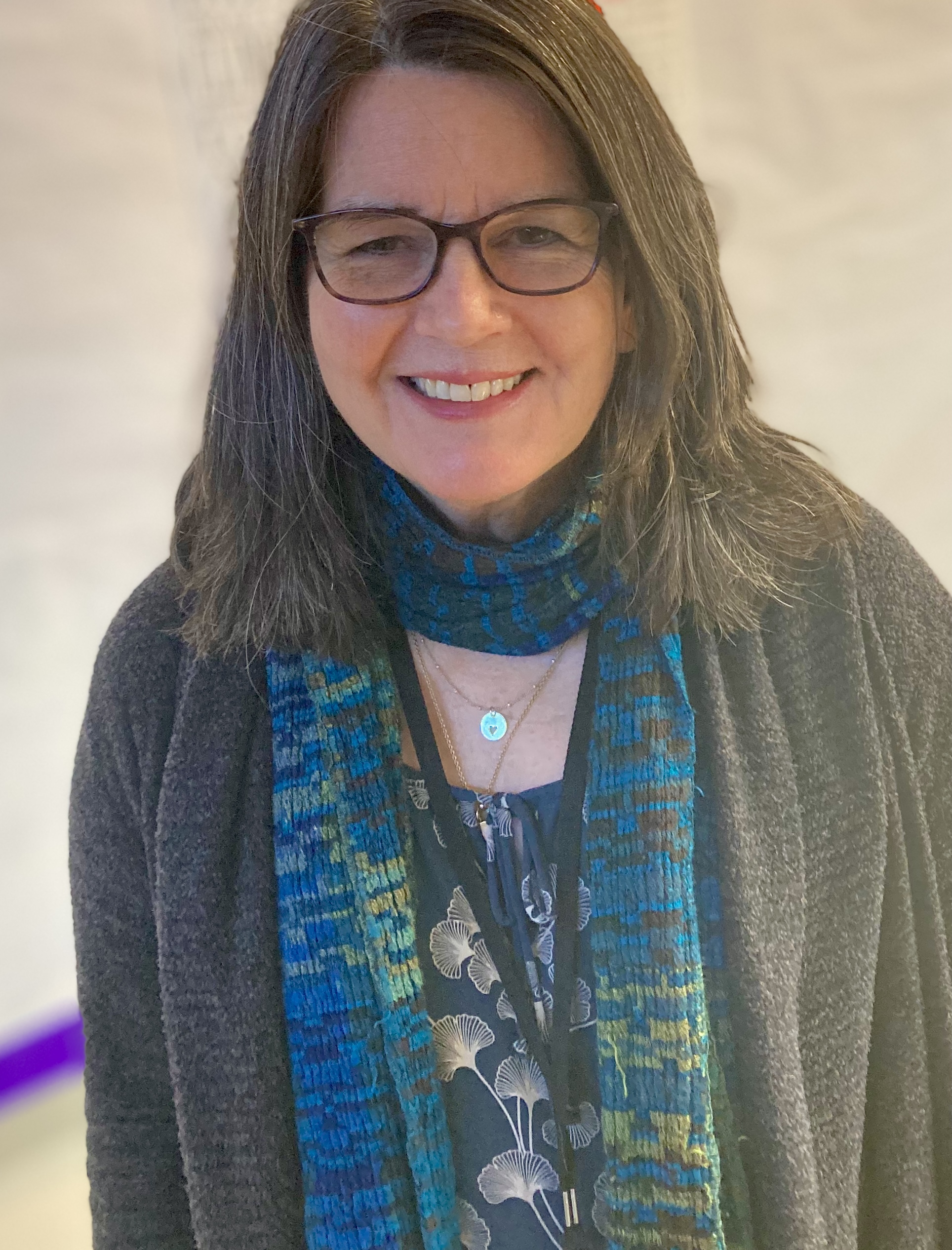 Every weekday morning this year, Elizabeth Bull could be found on the English hallway, in room 162, teaching Literature, Writing, and Public Speaking and American Literature and Society. Before that, she also taught Creative Writing and Expository Writing.

But after four and a half years at ARHS, she is retiring mid-year. Though she initially planned to stay until June of 2022, the recent birth of her first grandchild, Simone, motivated her to leave mid-year so she could help provide childcare for the baby in Miami, Florida.

Bull was born in Minnesota and moved to Connecticut when she was five. At age 15, she attended Choate Rosemary Hall, a boarding school in Connecticut, for grades 10-12. After high school graduation, Bull attended Princeton University for undergrad and graduate school at the University of Pennsylvania.

Bull had a handful of different jobs before deciding to pursue teaching. She was an assistant teacher in a daycare for a couple of summers. After that, she worked a summer job as a sales representative for Nabisco, the food company. “It was fun,” she said “because I got to drive all over Connecticut to different grocery stores. I learned a lot from that. It was the first professional thing I had to do.”

When Bull graduated from Princeton, she thought she was going to be a lawyer and spent a year as a paralegal at a small corporate firm in Manhattan. Bull took the LSAT, the Law School Admissions Test, but then realized after working in a law office that she didn’t want to be a lawyer. “It wasn’t a good fit,” she said.

Bull then decided to take the GREs, the Graduate Record Examinations, and went to graduate school for English at UPenn. “I totally fell in love with Philadelphia and everything about it.” Bull was in Philadelphia for seven years. She received what is called an ABD, All But Dissertation, in English at UPenn for five years. She switched to the graduate program of education and got her masters in secondary education.

As a graduate student at UPenn, Bull taught freshman English for four and a half years. “It was a real baptism by fire,” she said. “I was 24-25 and I was teaching undergrads. It was really an amazing experience and I realized I love teaching.”

When Bull switched to the education school, she had an internship at West Philadelphia Catholic School for Boys, often called ‘West Catholic.’

“That was really interesting,” she said. “I was very young. It was a great school with a wonderful sense of community.” She went on to say, “The teaching I was doing in high school was not very different from the teaching I did at UPenn. It was very similar. Everything I learned as a grad student was applicable.”

During Bull’s career she has taught at many different schools. The longest job she has had was when she taught at a private school called Ransom Everglades in Miami from 1993-2009 and 2011-2012. “It was a great school and a great experience. My own children went there,” she said. Bull working there paid for her children’s tuition so it was a “very nice benefit” for her family.

Bull has loved all the communities that she has gotten to be a part of as a teacher. “I have worked at 12 places and I have never had a bad experience,” she said. She believes the reason for that is that she has had supportive colleagues and faculty, people around her love their work and are devoted to it, and her students are always teaching her something new.

“What also worked to my advantage is that I have been pretty adaptable,” she said. Bull also had to learn to come out of her shell to become a teacher. “Naturally I was a shy person so when I started teaching it was kind of like being thrown to the wolves. It is kind of like a performance art having to work in front of a whole room of people.”

Once comfortable, Bull could see all the benefits of being a teacher. “One great thing about teaching is that you are always learning,” Bull said. She learns a lot from her students and she is always meeting new people. “I like to tell my students they are the brains of this operation,” she added. Bull says her students bring so much to class everyday and that “nourishes her love for teaching.”

Bull got her job at ARHS in August of 2017 when she was sixty years old. She said, “I felt very lucky to have this opportunity at the end of my career to work in a great school like this.”

When asked what her job means to her she said, “I teach what I love. For me, it has been a labor of love. All my life I have loved books and stories. I also discovered I loved teaching and sharing this subject that is so deep in my heart and so dear to me. It is just a joy. The love of the subject has been very sustaining.”

Bull has always tried to encourage a love of reading, literature, and the things that she loves. “In an English class the things you are doing are very wide ranging and you cover a lot of ground,” she said. “Sometimes it becomes more personal. I want to encourage people to do their best, keep learning and making that a lifelong pursuit so you can be prepared for future challenges and decisions you have to make.”

She also enjoys helping students learn to express themselves. “I want to encourage students to keep learning on their own,” she said.

Bull said outside of teaching, her greatest accomplishment has been “raising three pretty great, wonderful people. My two sons and my daughter. I am very proud of them.”

When asked what it was like being a working mother of three children, she said, “It’s all a blur from when I had my first child at 28 until I was 50.” Bull remembers working a lot while raising her children. “Hats off to the parents who had to worry about their kids in this pandemic,” she noted. “It must be very tough.”

In fact, when Bull heard her granddaughter was going to have to go to daycare during a pandemic she decided she wanted to help out and retire earlier than she had planned. “It is an opportunity for me to spend time with my son and daughter in law and to get to know my granddaughter,” she said.

Bull’s favorite part of ARHS has been the people. “I will really miss the people and I will especially miss having lunch everyday with the English department. I have learned a lot from them and am grateful to have gotten to work with them and get to know them,” she said.

Bull has also liked having a daily schedule and a place to work and will miss that when she retires.

Regarding retirement, Bull said she is “looking forward to not setting that alarm every morning.”

She is also looking forward to spending time with family and traveling. “I have this dream of moving to Tuscany. I think I would fit in there and that is the life I was meant to live,” she said.

Bull also expects to take courses at colleges because of her love for learning. “I would like to learn a new language. I have studied Spanish, German and French but would like to maybe learn something new,” she said. Bull would also like to get back into piano and write more.

As Bull leaves the high school next week, her parting words of wisdom are, “Put down your phone! Go talk to people or pick up a book.”