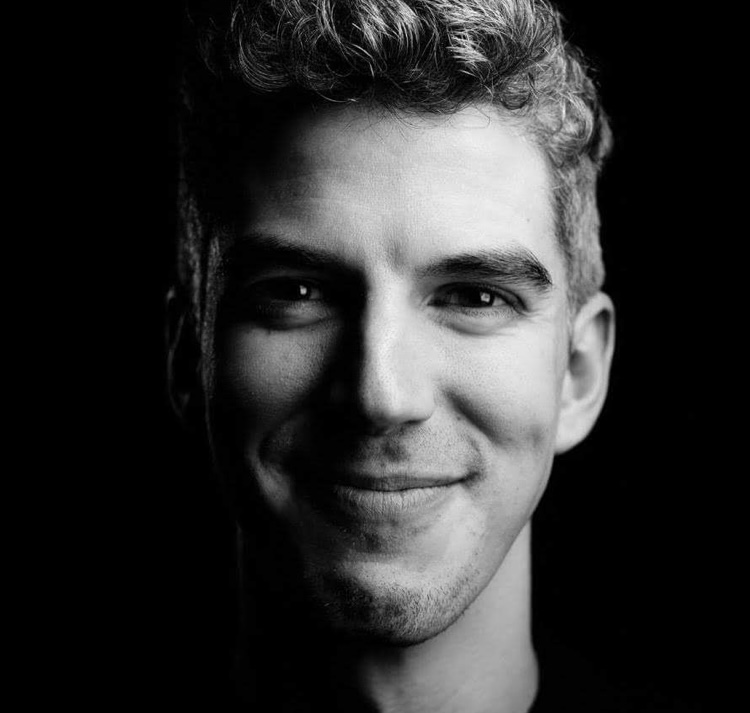 Remy Fernández-O'Brien grew up dancing at ARHS and is now back teaching the next generation.

New dance teacher Remy Fernández-O’Brien is no stranger to ARHS. In fact, they are a 2008 graduate who fell in love with dance while taking courses with former dance teacher Tracy Vernon in the 2000s.

“I didn’t really know I wanted to dance but I fell in love with the community of artists,” they said. Now, Fernández-O’Brien is thrilled to be running the dance program and bringing their knowledge about and passion for dance to the next generation of students.

Fernández-O’Brien grew up in Shutesbury, though they left to attend college at Brown University where they studied political science, Africana studies, and dance. Still, they “stayed connected to ARHS and especially to Bomba as a half-Puerto Rican person.”

It was at Brown where they came to appreciate ‘hip hop culture’ and started seeing the intersectionality of their other interests. “Hip hop culture and the dances associated with it are what I am really in love with,” they said. They feel it’s important for white people who are “guests in hip hop culture to approach it with respect and humility.”

At Brown, they were able to study modern dance, West African dance, jazz, and hip hop as an extracurricular. One of Fernández-O’Brien’s favorite classes in college was Contact Improvisation because they gained more trust for their body. “I had a lot of fun taking dance classes in college. It was almost primarily about the community,” they said.

Fernández-O’Brien recently finished a one year master’s program in education through Harvard University. There they learned from Aysha Upchurch who has made the school of education “a place for hip hop people to gather in higher education, especially dancers.” They also learned from Dr. Shamell Bell who teaches Black Arts Movement to Black Liberation. Fernández-O’Brien said that she “very clearly connects the practice of hip hop dance to the practice of liberation and revolutions.”

Bell is a founder of Black Lives Matter in LA and one of the original krumpers, a style of Afro-diasporic street dance. “Both of those worlds are connected in her body,” Fernández-O’Brien said. “I used that class to reach out to the ARHS dance community to ask what they want to see in the future and what was valuable to them.”

Fernández-O’Brien was instrumental in helping keep the dance program alive on the cusp of Vernon’s retirement. They worked together to organize a letter campaign to save the program and ultimately succeeded.

Fernández-O’Brien did not decide to work in education until they were 25 years old. Before becoming a dance teacher they worked a wide variety of jobs such as a healthcare software installer, a clown at a haunted house, and a communications director for a neighborhood center.

“I realized that the times I was having the most fun and cared the most about my work was when I was teaching and got to dance,” they said. Fernández-O’Brien loved the dance community and kept coming back to it.

They also love the healing, self-care, and embodied wisdom aspects of dance. “Dance gives you the opportunity to have a different relationship with your body and to know things with more than just your head,” they said. “You get to experience all different aspects of life.”

In Fernández-O’Brien’s classes, they do a lot of self-care practices such as meditations and walks in the woods to obtain the healing aspect of dance.

“I see [self-care] the most in house dance,” they said, referring to a type of freestyle street dance and social dance that is rooted in the underground house music scene of Chicago and New York. “The practice of going to a club and dancing to house music all night is healing. It’s like church for house dancing. I’ve seen that very concretely in very real ways,” they said. “When I was battling depression, some of the only ways I could handle it was through dance.”

When asked what Fernández-O’Brien loves about the dance program, they said, “Oh my god I love everything. Specifically that this dance program has been a home for students of color, immigrant students, queer students, and disabled students.”

They also “love the ability to hold a sanctuary space for people, a place where they can feel safe. Dance class can be a place where people can grow in real time.”

Fernández-O’Brien feels their mission as an educator is to educate people on and do justice to hip hop culture. “I feel a lot of responsibility to hip hop culture,” they said. “I believe that hip hop education is the revolution we need that is coming to education in the very near future. There is a growing field of hip hop academia.”

Fernández-O’Brien believes there needs to be new ways to reflect hip hop culture in the classroom. One way they incorporate hip hop culture into their curriculum is by gathering all of their students into a circle and letting the students lead the circle. “It’s about youth leadership, culture, and justice,” they said.

Fernández-O’Brien has been enjoying their experience as a teacher at ARHS so far. They describe the students as “incredible, absolutely genius, so kind, and ready to take charge.”

Fernández-O’Brien has taught at community centers, run a dance studio, worked at the University of Wisconsin, and taught at an elementary school in Boston but sees a greater appreciation for hip hop culture at Amherst High School.

“There’s a lot of support from teachers and administrators for real, authentic hip hop,” they said. “There is a willingness to listen to students when they speak. An important part of hip hop education is about the black students in our classes who have important things to say and to make this a home for them like we have for other students.”

Though there have been so many positives since Fernández-O’Brien arrived at ARHS, there are still a lot of lasting effects from the pandemic and being home virtually for over a year that makes their job more challenging.

“Especially at the middle school age, how do you come to terms with the amount of hurt and confusion that students are going through right now?” they asked. “To be twelve and have spent a year away from school and indoors? We have barely begun to unpack that,” they said.

Fernández-O’Brien has had teachers who told them to ‘frontload care’ which is what they are trying to do while their students are recovering from the pandemic.

Fernández-O’Brien mostly teaches hip hop, house, and locking dance styles but in class, they do a lot of open-ended exercises and games so people can bring in other levels and types of training. Students are also given the opportunity to lead warmups and choreograph so they can incorporate their own forms of dance.

In the dance world, it is argued that the base of all dance is ballet. Fernández-O’Brien thinks that “in a world where systems of oppression don’t exist, an intro to dance with ballet” would be equally powerful, but injustice necessitates going out of our way to uplift lenses like hip hop.

Unfortunately, they said, “look around this country, the number of hip hop programs is few. It is not as respected and appreciated as a valued art form,” despite the fact that hip hop draws from centuries-old traditions. “Having Afrocentric perspectives is really important,” they said.

Fernández-O’Brien is really excited for people who are excited about hip hop to start finding out about their program and signing up for it. “I know there are people who will just eat it up,” they said.