New teacher Cassidy believes in ‘the power of math’ 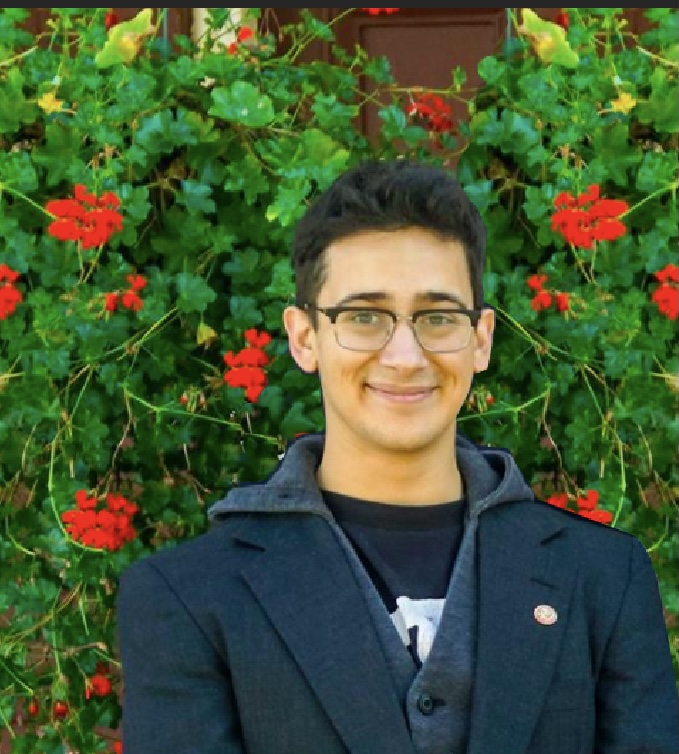 Rudy Cassidy is a new math and special education teacher here at the high school. They are currently teaching a math topics class, a geometry class, and an AB Calculus class.

Cassidy grew up in Belchertown and after high school, pursued higher education at UMass, double-majoring in math and education. After graduating from UMass, Cassidy got their master’s degree at Framingham State University for secondary math education.

While attending Framingham State, Cassidy also was teaching at schools in Eastern Mass. They taught in Boston, Medfield, Everett, Mansfield, and Weston.

“I was kind of following my friend group around, and we were also a musical band,” they said.

During the pandemic, Cassidy’s band turned into a podcast, which allowed them to move wherever they wanted. Given this freedom, they decided to move back to Amherst, because “Amherst is the happy valley, and it’s close to my family.”

Cassidy has always enjoyed teaching and helping and spent their senior year tutoring other students. They tutored younger students as well as fellow seniors.

Aside from teaching, Cassidy has also worked at the MIT Museum during the summers. They did robotics, 3D printing—something Cassidy still has a passion for—and holography. Holography, “a technique that enables a waveform to be recorded and later reconstructed,” was one of Cassidy’s favorite jobs. They said that “If I could drive out to Boston every day in the summer, I might do it again.”

Cassidy believes in the power of math and loves teaching students math. Their goal as an educator is to give their students the tool to succeed with math and give them the ability to change their lives. Cassidy said that “math is the secret code of the universe” and that when you know things, you can change things.