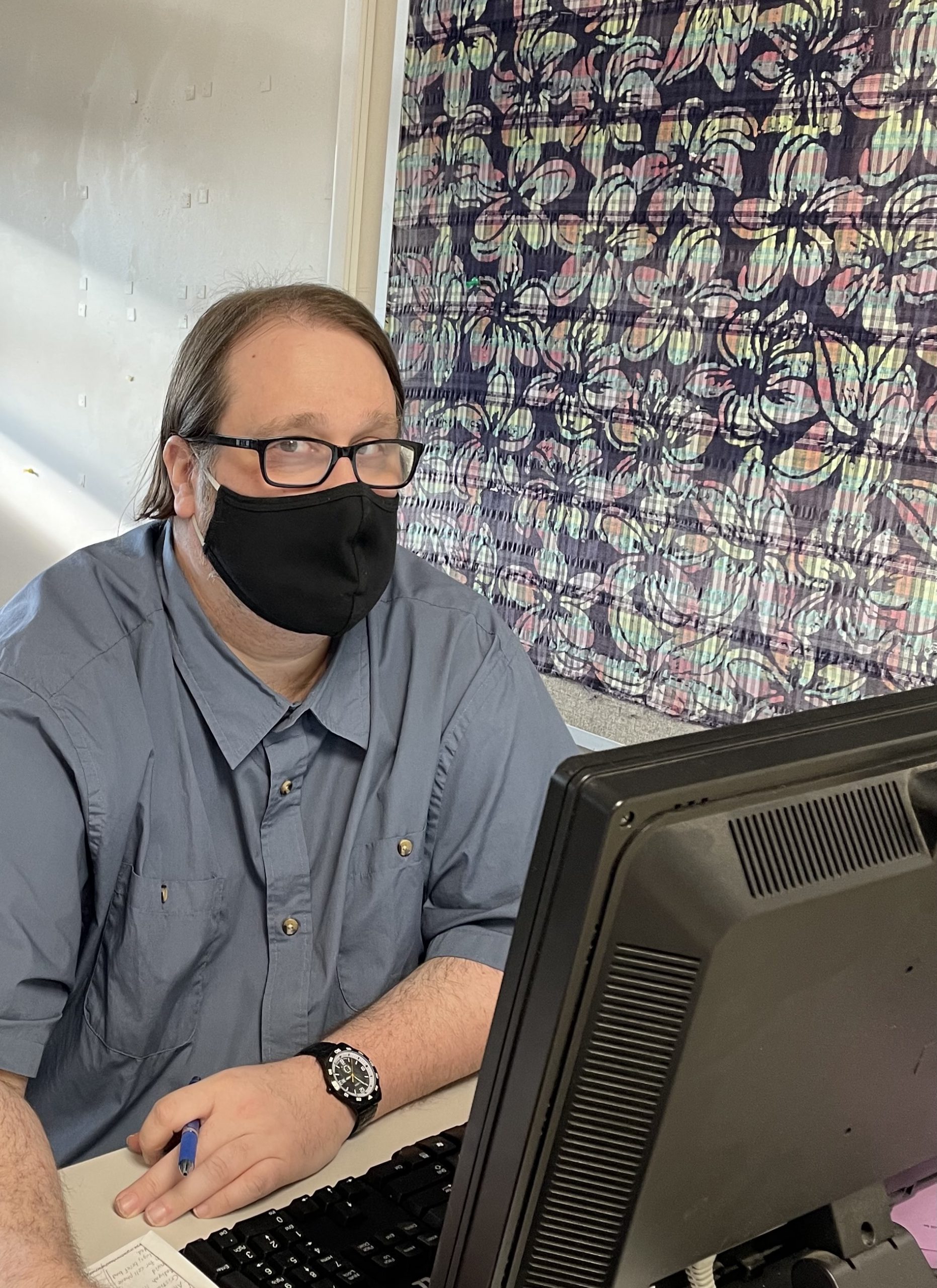 Imagine going to college with a major in journalism, but when you graduate you realize journalism is not at all for you, so you become a teacher instead. Meet the new Academic skills and Financial Literacy teacher at ARHS, Peter Clark.

Clark grew up in Sutton, Mass, where he lived with his parents and went to school.  “But I left because there was not much to do there,”  he said. “The graduating class was only sixty-two kids!”

Clark attended Framingham State for college; his major was English, then he got his master’s in teaching. He chose the education path when journalism did not light his fire, and because “everyone told me to be a teacher for three straight years.”

Before Clark became a special education teacher he was a program coordinator for people with disabilities for a few years, a journalist, and a cheese manager in a grocery store.

What Clark likes about ARHS is how chill and supportive the environment is. “When I ask a question people are like, “Oh I should have told you this” instead of “Why don’t you know this already?”

His mission in his education career is to make learning interesting for students in any way possible, sometimes even tricking people into learning by making it so fun.

In the course, students will explore topics of “saving, spending, borrowing, earning, investing, and managing risk” in the context of their economic environments.

They will also learn about the “systemic barriers, inequalities, and cultural influences” that impact specific populations.

“It is hopefully going to provide students with the skills to help them be more financially successful regardless of their economic environment,” said Clark, providing “skills that they will be able to use throughout their lifetimes.”