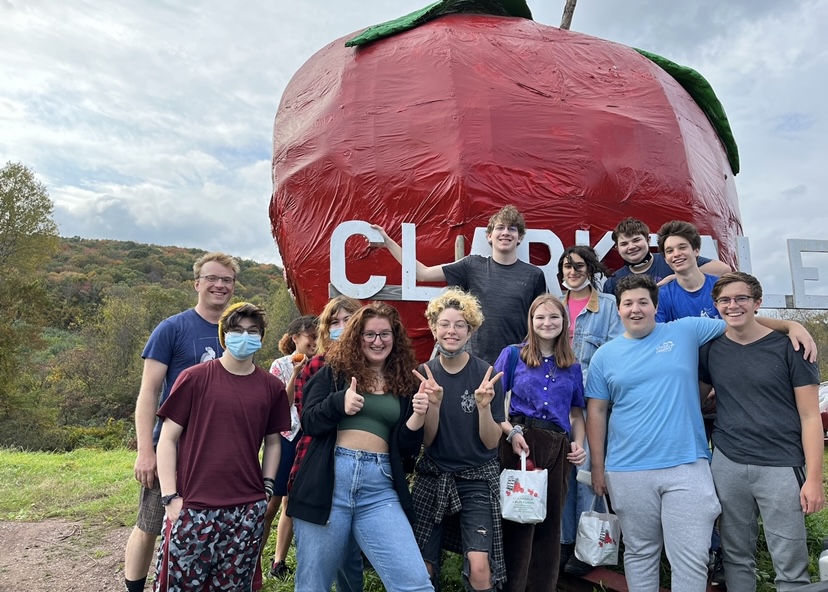 This year’s Theater Company has been hard at work and one of their first shows of the season, Bing Bong, made quite an impression in late October.

Bing Bong was an immersive theater piece that had playgoers moving to locations all over the school to experience improvisational theater pieces (from scenes involving horror movies, courtrooms, fairy gardens, a hypnotherapy session, and a Big Foot expedition).

Senior stage manager Sylvie Cove said the play was a lot of work because it’s a “decentralized production,” with each scene catered toward the audience member in front of the cast at that moment.

“There were a lot of good scenes,” she added.  “There’s one super funny one where you’re a professional Big Foot hunter. I loved how unexpected it was that you’re talking about it and then someone pops out in a Big Foot suit.”

Tech director and senior Rafael Ash loved that it was a “really student-built show and therefore was a presentation of the student’s creativity.”

Ash noted that the audience goes through the show “one scene at a time and interacts with the actors.” This is an intense experience due to the actors’ need to do their scene over and over again for different people with different reactions.

Senior actor Clara Amaral said the act of putting on a production is “stressful but very rewarding,” adding that “the people in my scene were really nice.”

Interestingly, since actors were confined to their own scenes they didn’t see everyone else’s. “My scene was quite fun, but during one of the rehearsals I did get to help Jude run his scene, and it was super fun,” Amaral said.

Amaral said she still remembers some of the previous Bing Bong productions she has been in fondly. ”I think what really separates Bing Bong from other shows on the actors’ side is getting that connection with each audience member,” she said. “You don’t get that in traditional stage productions.”