Retiree Moriarty talks Tai Chi, the flow of life, and the importance of failure 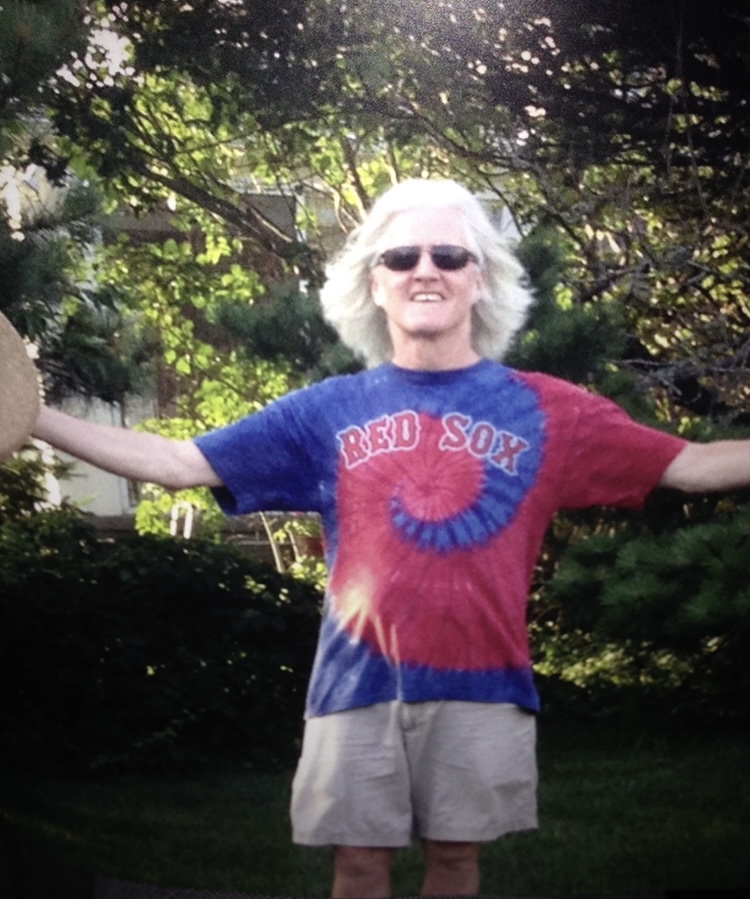 At the start of each English class, Mark Moriarty and his students stand and face the windows in his room, breathing quietly and practicing the opening structure of Tai Chi. “It’s about bringing everything down,” said Moriarty. “It’s great for quieting the mind.”

After over three decades of teaching, 21 of them at ARHS, Moriarty is mindfully facing retirement while also looking back on a full and rich career.

Born in Medford, Massachusetts, Moriarty spent most of his formative years in New Jersey until his father was transferred to another oil-related job located in a “little cow town” in Ohio. Although he enjoyed school, he “was a class clown,” and became disillusioned with the traditional educational structure.

After high school, Moriarty attended Kent State University in Ohio where he was “mostly interested in reading books.” Moriarty worked constantly to pay off his tuition and spent lots of time hitchhiking across the country. “That was a very fun and adventurous time,” he said.

In 1981, when Moriarty was 23 years old, he was involved in a motorcycle accident that killed one of his best friends. The January following the tragic accident, Moriarty met his wife Patty Bode (who also attended Kent State University–but for art), and her son Bob. He described Patty as “his lifeline.”

After earning his bachelor’s degree, Moriarty began a Ph.D. program at UMass Amherst, but he decided to exit the program, when at “a crossroads,” he realized he had been teaching people things his whole life, and he genuinely enjoyed it. He decided to earn his teaching license and shortly after, obtained a teaching job at Palmer High School during the 1988-89 school year.

Moriarty never thought teaching would become his passion. He often tells his students, “if you would’ve asked me in high school to make a list of 100 things I wanted to do with my life, teaching never would’ve been on there.”

Today, however, he describes teaching as incredibly rewarding, especially when he has had a “really good class where the ideas are vibrant in the air.”

At Palmer, he taught many struggling students who felt he saw and understood them. There was a tradition where students honored a teacher who embodied the spirit of youth by engraving their name on a stone in their senior park, and they chose him.

Moriarty’s second teaching job was at Frontier High School where he was selected to give two memorable commencement speeches. “I sank into a very personal, deep root during my teaching years there,” he said.

Moriarty said he has always loved to make his colleagues and students smile and laugh. “My humor is always spontaneous,” he said. “ I use it a lot.”

For example, during his time at Frontier, he taught ninth-graders, and one day he noticed they lacked energy as they sat at their desks. With hopes of bringing energy to his classroom, he stuck his head out of the window looking towards the Conway Hills, and he screamed at the top of his lungs.

“Primal screaming,” as Moriarty calls it, allows those who engage in it to “let it out for no reason.  It’s exhilarating.”

Soon, his students, and other classrooms located in the same hall as his classroom engaged in this “primal screaming” each Friday morning.

In the Spring of 2000, he was hired at Amherst Regional High School, teaching a little bit of English, as well as working as a computer program consultant to help teachers learn how to use the new computer network. He went on to teach web design, computer and audio graphics, CAD, computer repair, wood technology in the technology department and English courses in the English department, though he only teaches English now.

Sophomore Walter Lloyd had Moriarty last year and said he still remembers the discussion they had in ninth grade English class. “When we were reading A Raisin in the Sun, we would have long and interesting discussions about race in America, “ he said. “He always made class discussions really fun and engaging! He also provided lots of feedback on my papers and that really helped me.”

Teaching has allowed Moriarty to make connections with adolescents beyond the classroom as well, including his relationship with a former student in his advisory at Frontier who eventually became his foster son.

Keo Nilrath Bun, the oldest of seven children, was born in a refugee camp in Thailand although his family’s origin is Cambodia. His parents suffered great loss during the Khmer Rouge, “He was incredibly quiet,” said Moriarty. “He grew up with his parents’ trauma.”

After discovering Bun had run away from home and was living in a railroad car, Moriarty spoke to his wife and family, as well as the Department of Social Services, to make the proper arrangements for Bun to become his foster son until venturing off to college.

Currently, Bun has a daughter, with whom Moriarty is smitten. They love to spend time playing outdoors. Moriarty said his relationship with Keo and his family was “the most significant thing that has happened to me as a teacher.”

Moriarty was able to learn a lot about life, the art of teaching, and the importance of family from his relationship with Bun. “[Our meeting was about] the flow of life,” he said. “That’s why I’m averse to plans in general. It really worked out.”

In addition to forming close bonds with people, Moriarty loves to incorporate his “very powerful connection” to nature and the outdoors into his teaching. One of the classes he teaches, American Literature and Nature, digs deep into the concept that “self is an expression of everything and nature is an expression of everything.” This class is reputable for its yearly field trips to hike Sugarloaf Mountain, eat lunch at the Montague Book Mill, and visit the Peace Pagoda “to feel the calm vibration.”

Moriarty admitted that most teachers or students were tested at one point or another by the pandemic. “What a surreal time,” he said. He was going to retire during the spring of 2022 but the pandemic allowed him to realize that it is time “for the young teachers to take over.”

Moriarty plans to continue working in retirement, including on several home-related construction projects for friends and family members.

He also hopes to continue his practices of music and sculpting, which have helped him heal during some of the most painful moments of the last few years.

In June of 2018, Moriarty’s son, Ryan passed away due to a drug overdose. “I didn’t know if I was going to come back to teaching after Ryan died,” he said. But the summer of his death, he received cards with condolences from a few of his students. “That was an amazing thing for them to do,” he said.

Recently, Moriarty finished creating a large wooden sculpture dedicated to Ryan, helping him cope with his loss. He realized he “needed to embrace his death,” he said. “If I hid from it, it would destroy me.”

Since his sculpture is displayed in the middle of his garden in his front yard, he said has created a therapeutic place to open up conversations to talk about Ryan’s death.

“I also play a lot of music these days,” said Moriarty. “One of my great life decisions was learning how to play music, and both of my sons are musicians.”

He actually began to play guitar at the age of 55; for 180 days in a row, he did not miss a guitar practice, showing his self-discipline. He said he inherited a lot of instruments from Ryan.

Through music, Moriarty has been able to “learn a lot about learning,” concepts he has been able to implement into his classroom. One of the biggest lessons he has learned is having the courage to fail.

“It’s so liberating,” he said. “If you have the courage to fail, you’ll learn what you’re trying to learn because the fear of failure won’t hold you back.”