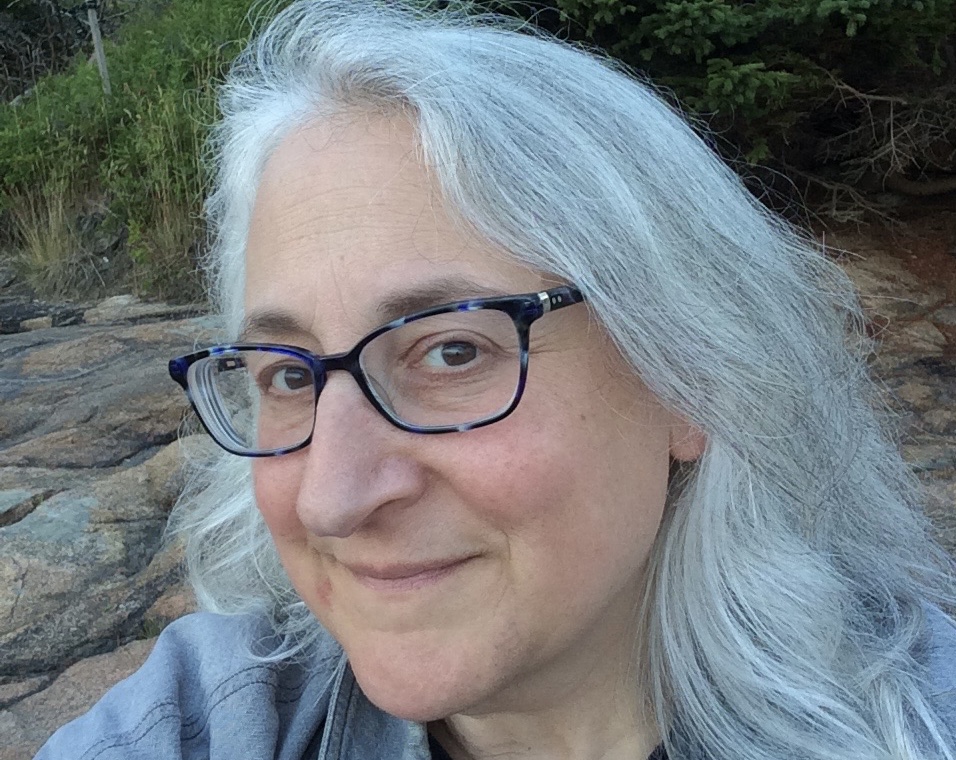 Social Studies teacher Becca Leopold cannot believe she’s been teaching in the Amherst district for 24 years. While she both faces retirement and looks back on her career, she said she has many positive memories and things she is grateful for.

Leopold teaches Honors Global History I, Honors U.S. History, Holocaust, and American Society and Film, and her path to this role was a slightly circuitous one.

Her love of the humanities began at Oberlin College, where she was an English major. After college, she worked in NYC, mostly in publishing, then returned to grad school at Yale, where she earned a degree in public and private management. Afterward, she did a lot of nonprofit community work in New Haven, Connecticut, but she was “always thinking about being a teacher.’

Eventually, she enrolled at UMass in a master’s in education. While enrolled, she started student teaching at Amherst Regional Middle School. She worked at ARMS for eight years before moving to ARHS, where she has remained for the rest of career.

Teaching social studies became Leopold’s passion. “I love to teach young students about the past because it provides important information about how to fix the world we are living in now,” she said. “When you understand history, you can change [the present.]”

If you ask anyone in the district who knows Leopold, they will mention her humor and witty jokes. Once the pandemic hit, and remote teaching became the new normal, it became difficult for her to connect with her students as much. “Remote teaching was hard because my jokes don’t go over as well,” she said. “There weren’t as many laughs.”

Some moments Leopold will miss about ARHS are mostly the little things like “having fun and listening to my students talk and just thinking about how brilliant they are when they understand stuff.”

It was difficult for her to retire during a pandemic. “I am feeling certain grief about what I will miss,” she said. “I have so many amazing students and so many amazing colleagues.”

A close colleague, Simon Leutz, has worked with Leopold for the last 15 years in the social studies department teaching the same 9th-grade world history course.

“I’m having a hard time imagining teaching the course without her,” said Leutz. “Our daily formal and informal collaborations have been a cornerstone of my teaching life. I’ll miss these both personally and professionally.”

Along with Leutz, students Grant Powicki and Meiyi Weisbord said they will miss her personality.  “I will miss her jokes and her fun conversations about non-history topics,” said Weisbord.

Aside from her continuous humor over the years, Leopold is well known for being a rigorous teacher. I really learned how to improve my writing in her class,” said Powicki, “and she has made me into a stronger student.

“She basically taught me how to study for and do well on tests,” said Weisbord, who added that “some of her tests were insane.”

Leopold’s toughness was matched with a deep kindness, though. Sonai Donnell explained that “she holds you to high standards, but could also be very understanding and empathetic.

Her post-retirement plans include many relaxing activities and focusing on her well-being after countless years of hard work. “I always enjoyed doing photography,” said Leopold. “I’m hoping to eventually take more courses with photography and art in general. I just want to be relaxed and unscheduled for once.”

She also plans to read lots of books, go kayaking, and watch Netflix.