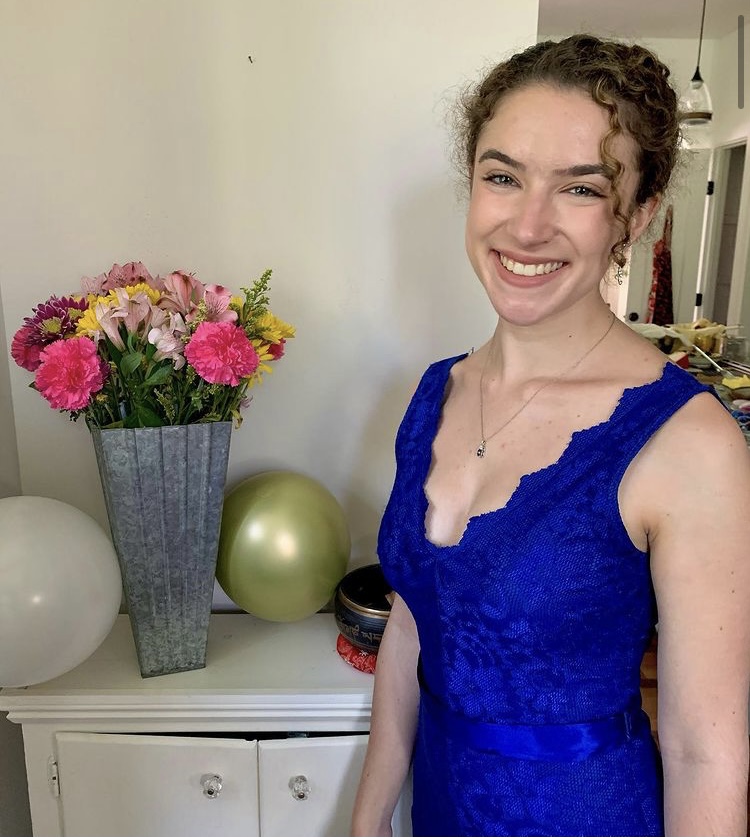 Isabelle Bouvier took a leap this spring when she submitted materials for the UMass Young Artist award competition for the 11th and 12th-grade student voice category; Bouvier sang opera.

She anxiously waited two weeks after her submission, and then she got some great news from the judges.

She was named second overall in her category. “I was super excited and honored to be recognized,” Bouvier said.

According to the UMass Amherst Department of Music & Dance, this competition was organized to give high school students residing in Massachusetts a chance to share their musical talents and in hopes of “providing younger artists with some assistance in furthering their musical studies.”

Bouvier was recognized for her talents, earning a $300 prize, half of which she generously donated to the Fund for College Auditions, a non-profit that helps advocate for equity and financially supports young students pursuing careers in the arts.

When entering the competition, Bouvier said she had no preset expectations of the results. Her teacher Marjorie Melnick encouraged her to audition which she said, “felt like a really good vote of confidence.”

Opera is now an important element in Bouvier’s daily schedule. Bouvier said that opera is “similar to musicals; it tells stories that feel important or fun in a dramatic way. The music heightens emotions to create beautiful performances.”

Bouvier’s love for opera was not directly influenced by her parents although they are also opera lovers. Bouvier recalls car rides with her dad.  “I hated when dad played the opera. I would tell him to change the channel,” Bouvier said.

At the age of 10, Bouvier’s music career began. Her main focus was musical theater until her teacher introduced her to opera. By the age of 14, she began singing Italian art songs which are operatic songs that helped her transition to sing opera. “I’ve been singing my whole life,” she said.

Soon after finding her talents in operatic music, Bouvier began doing music programs. She went to NYU to sing opera and met many friends at the studio. Now she continues to study with her professor at UMass as a mezzo-soprano singer.

Bouvier submitted three videos for the UMass Young Artist Awards.  She began filming videos of herself during the fall of last year for college auditions. By then she had created a routine from her previous video performances.

Though Bouvier noted that her stepdad “put up with me singing the same song for two hours” at a time when she was younger and her dad “was always excited to hear what I was working on.” But her biggest supporter during the college and competition process was her mother. “My mom has been very generous with her time playing piano for me,” she said.

Bouvier does not plan on competing musically in the future, but she does plan to continue studying opera and expanding her voice range. When Bouvier has an “off day” she usually walks away or listens to her favorite singers. This has taught her that off-days are important and necessary because “singing is like a muscle that you build.”

In fact, she also mentioned sounding different a few months ago, from her college auditions to the competition.

Bouvier will be attending the Eugene Lang College of Liberal Arts at the New School in New York City this fall to continue her academic and musical pursuits. She is glad she committed to a liberal arts school. “There are so many things of interest outside of music. I’m interested in English, writing, history, and activism,” she said.

Bouvier is still learning and will continue to develop her voice. She joked that she practiced this year by singing to her Buddha cat statue.

“I know that I always want to keep singing in some capacity,” she said.