The hills are alive with a love of theater 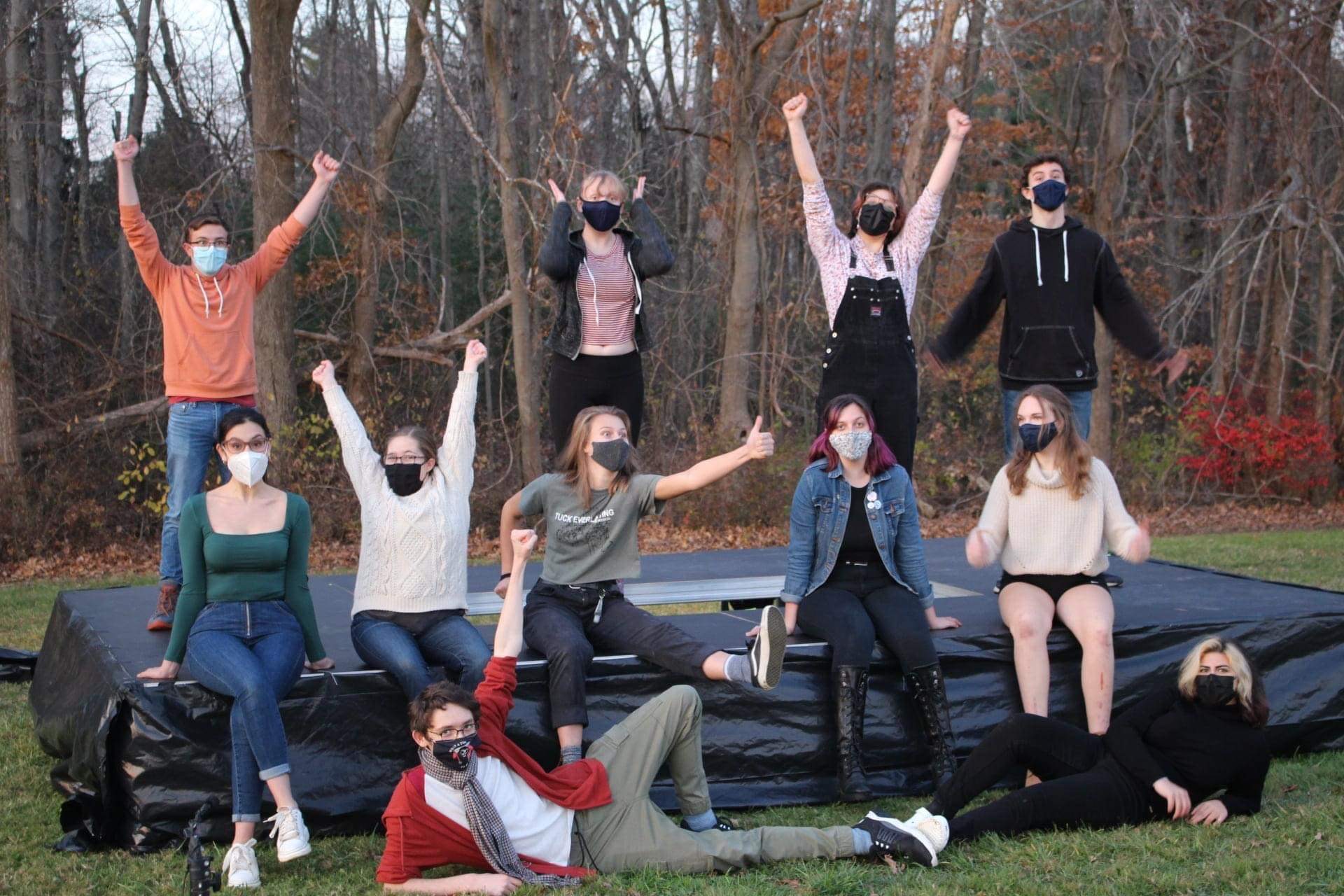 The cast of "Everybody," by Branden Jacobs-Jenkins.Photo: John Bechtold

When school closed last year on March 13, one of the last public gatherings was a one-night showing of Spring Awakening, the school musical, restricted to just one friend or teacher of each cast member. This hit the theater community pretty hard.

Senior Grant Powicki, the Theater Company’s lighting head said “it was hard to see a lot of work I had done” not reach fruition.  This year, however, Performing Arts Department Head John Bechtold and a cadre of students found innovative ways to keep the theatrical arts alive. Their performances this year included an outdoor immersive piece, Everybody, the virtual show She Kills Monsters, and now, and an in-person but smaller viewing of The Sound of Music.

Students reported that being members of the theater community helped them feel joy during the pandemic. Senior Grant Powicki loved that he could get out of the house and be creative. “It’s also been nice to have a group of friends to hang out with,” he said.

Junior Meena Cuniffe agreed. “I enjoyed being a part of [theater] because it was something to do and it was a way to interact with other theater folk,” she said.

For freshmen, it was a way to connect with a new school community. Ninth grader Jackson Aller-Cohen said he had a really positive experience. “[Doing virtual and outdoor productions] didn’t make me shy away from theater at all and it was a really welcoming introduction,” he said.

Theater this year was also a learning experience, said Cunniffe. “It was a lot different from the same old acting experience,” she noted.

Senior Grant Powicki had a similar experience. “I liked learning how to work with large groups outside,” he said.

Something many people are excited about is the upcoming production of The Sound of Music. Powicki and Cunniffe are thrilled to rehearse in person again. Bechtold said he chose The Sound of Music because “we just wanted a ray-of-light kind of show. It is just a wonderfully clean and clear narrative.”

Bechtold also believes the themes within The Sound of Music are fitting to this time. “We are in a time of exposure regarding massive hate crimes, and injustices,” said Bechtold, “so thinking about the invasion and imposition of the Nazis and Right Wing Extremists raises many of those questions and details of history for us.”

Of course, during the time of COVID-19, many safety protocols must be taken into consideration. “We are going to do as much as we can outdoors, and masks and distancing are the default,” he said.

Most of all, he’s looking forward to “being a part of something greater than ourselves again.”

“I am hopeful that this musical will be something that allows us all to slowly tiptoe back into the real world,” he added.