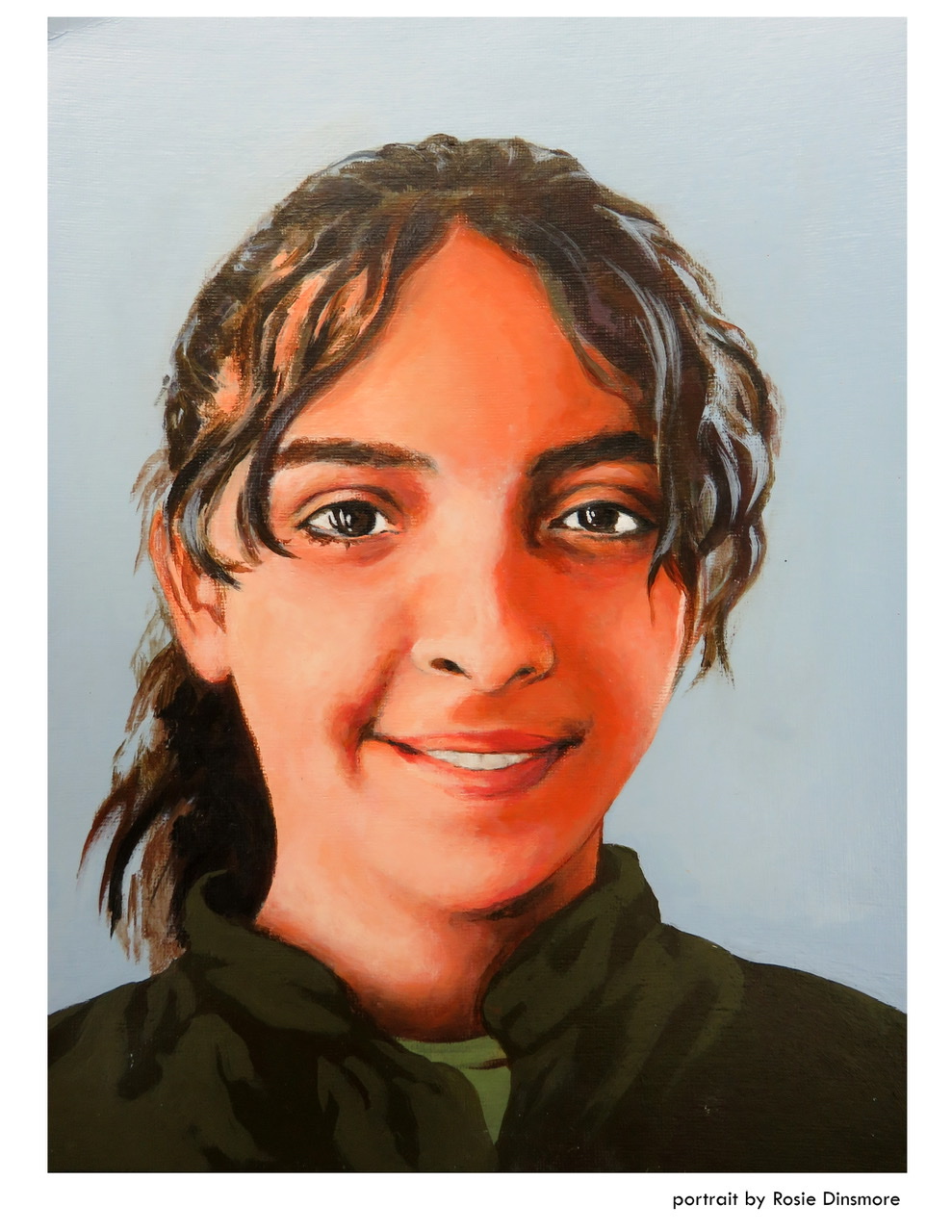 The Memory Project Art Exchange is a global art exchange program that connects students and children from all over the world by sharing “handmade, heartfelt” artwork with kids that live in countries that differ culturally from the USA.

Currently, there are exchanges with youth in Russia, Pakistan, Afghanistan, Syria, and Nigeria.

The overall mission of the project is one of connectedness and kindness. “We want to show everyone involved that there are real, loving, wonderful children living in countries all over the world,” states their website. “Although we may live in very different situations, we are all more alike than not.”

ARHS has been participating in The Memory Project for around eight years. This year, the exchange is happening with children in Russia, but in the past there have been exchanges with Ecuador, Rwanda, Nepal, India, Ethiopia, Bolivia, Haiti, Syria, Russia (and former Soviet Republics) as well.

Students participating in the club are randomly assigned an image of a child from across the world to paint a portrait of. The painting process lasts over a period of six months. After the portraits are finished, they are sent to the assigned country and received by the children who were painted.

The leaders of the club are always seniors who have participated in the club before. Club advisor and Art Department Head at ARHS, Jeffery Stauder, said “[The club leaders] spread the word on due dates and try to keep their peers motivated and informed. They are also in charge of fundraising, usually a few hundred dollars is needed. They run the bake sales and do the deposits. They also pick which project we do each year.”

ARHS senior Rosie Dinsmore has been participating in The Memory Project for three years, and as of this year is one of five student leaders of the club, also including seniors Casey Flueckiger, Eva Katsoulakis, Grace Labich, and Hanna Hartman.

“There aren’t a lot of meetings [face to face],” said Dinsmore. “It’s mostly independent work for the members, so our role is to make sure that people are aware of that responsibility and feel excited to take it.”

The Memory Project meets very sporadically, and most of the work for the club is done according to the timeline of the participating students.

“We aren’t the clubbiest club,” said Stauder. “Most of our members are really busy so we have check-in days but only a few times when we all get together. It’s not the best club for making friends. It’s basically an artist All-Star team.”

The majority of the club members initially joined on invitation from Mr. Stauder following participation in one of the Foundations art courses.

“We welcome any 10th to 12th graders with a demonstrated ability in art,” said Stauder. “Because we have to make quality portraits with minimal instruction we like to make sure students are up for the challenge.”

The club generally has around 25 to 30 members, and chooses to let “9th graders adjust to highschool and the workload before joining the club in 10th grade.”

“I think it’s a really awesome experience to be one of the painters in the club because there is a purpose to the work we make,” said Dinsmore.

After the paintings and artwork from all across the USA have been received, The Memory Project organization films the children’s reactions to receiving the artwork and then sends the footage back to the participating schools to be viewed by the artists.

Seeing the children receiving the portraits is one of the most rewarding parts of participating in the club.

“It’s one thing to make art for my own goals and practice, but sharing it with someone else feels like a really fun way to expand doing what I like to do and do something meaningful with that,” said Dinsmore.

“These are kids with very few possessions and very few photos of themselves,” said Stauder. “By contrast most ARHS students probably have thousands of pictures of themselves growing up, but how may have a beautifully made hand-painted portrait. It’s really special, and I am sure a lifetime keepsake.”

Not only is this club rewarding for its members, Stauder also hopes that it teaches them a meaningful life lesson. “I think working so hard on a work of art for someone you don’t know is a selfless act. There is no grade, no great public acclaim, or social media likes,” said Stauder. “When you work hard on an artwork it is hard to let it go, but good practice to see that art is meant to go out into the world and not be preciously guarded.”

“I hope it makes our students realize that with any gifts we have we should use a portion of that for others, without any reward.” said Stauder.