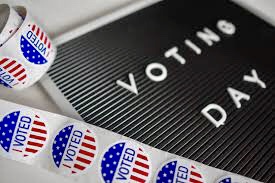 Not only did the March 3 Super Tuesday election mark a critical point in the Democratic primaries, but also the first opportunity for some ARHS students to vote.

Seniors old enough to voice their political opinions could do so in a variety of locations throughout the district, including Amherst, Leverett, and Pelham. Senior Rheannon Stewart of Leverett said, “[Those staffing the voting booths] cheered when they found out I was a first time voter. It was a very fun experience for me.”

Now that seniors were finally able to vote, many turned towards their families for political discussions. Senior Lily Plotkin said her support of Bernie arose from those conversations. “I wasn’t sure who to vote for at first but my mother told me to talk to my family and friends and we all agreed that Bernie was the best choice,” said Plotkin.

Those who did not vote still had personal political opinions. Debora Macedo, a Spanish interpreter at ARHS, would have voted for Sanders due to his medicare for all plans. “The main [proposition] is about Medicare for All. I come from Brazil, and we are a poor country of 250 million people,” she said. “We have a great healthcare system. I think the U.S. could also have that. No matter what excuses the Republicans say, it is possible.”

Bernie Sanders had a large following among many Amherst students I spoke with who were drawn towards his policies regarding wealth redistribution, Medicare for All,  and climate change.

Some students went so far as to canvas for their preferred candidate, such as Aelan Toro-Rodriguez, who took to the streets to advocate for Sanders, knocking “door to door in below freezing temperatures.”

Despite Bernie’s large support, he did have local critics as well. “I really don’t want someone who saw Communist Cuba and the Soviet Union as good examples, who thinks Fidel Castro was a good guy to be our president,” said senior Ian Saporito.

Saporito was not the only one wary of Sanders’ progressive views.

Others were more confident in Joe Biden, primarily in his ability to beat Donald Trump in the general election. “I believe that Republican swing voters would be more likely to vote for him,” said Sora Green, “and then there would be a greater chance Trump would be kicked out of office.” However, Green admitted that any of the candidates would make a great leader.

Not all seniors were fans of Biden’s policies, however. “I don’t mind Biden but I would prefer a presidential candidate without sexual harassment accusations against him,” said senior Richita Randhir.

Many students were shocked, and some frustrated, by Biden’s success in the Super Tuesday primary. “I didn’t think that Biden would have won,” said senior Cenai Collins. “To be completely honest [the results] were kind of upsetting. I know a good amount of people who only voted because of his association with Obama.”

Many Elizabeth Warren supporters were also disappointed in the Super Tuesday results, especially considering her loss in her home state of Massachusetts. “I voted for Elizabeth Warren because I think she has more moderate views than Sanders but has more ambition than Biden. I also would absolutely love to have a woman president,” said Rheannon Stewart. However, she also felt as though Warren “didn’t have much of a chance compared to Sanders and Biden.” Warren dropped out of the race shortly after Super Tuesday.

Although some may be disappointed in candidates dropping out, many understand the necessity at this point in the race. “I think it’s good that candidates with similar ideologies are [pulling out of the race] so that we can more decisively see what the American people want from their president,” said senior Zevulon Lane.

Not all are convinced that Buttigieg and Klobuchar dropped out willingly. “Pete and Amy were probably coerced by the establishment,” said senior Devon Glennon. “It’s pretty evident everybody and their dog is against Bernie.”

Another supporter of Warren’s campaign was senior Elliot Giles, who particularly appreciated her leadership abilities. “I was impressed by her debate performances and history as a legislator, inspired by the progressive agenda that she promoted, and convinced, primarily by the detail in the many policies she has proposed, that she would be an effective leader.” said Giles.

Since Warren’s defeat, Giles has been curious to see who she endorsed. Ultimately, his main concern was unity against Trump regardless of the Democratic nominee.

This attitude was not uncommon at ARHS. As Rheannon Stewart put it, “lLiterally anybody but Trump.”