Trends of the 2010s: from Uggs and hair feathers to mom jeans and Instagram 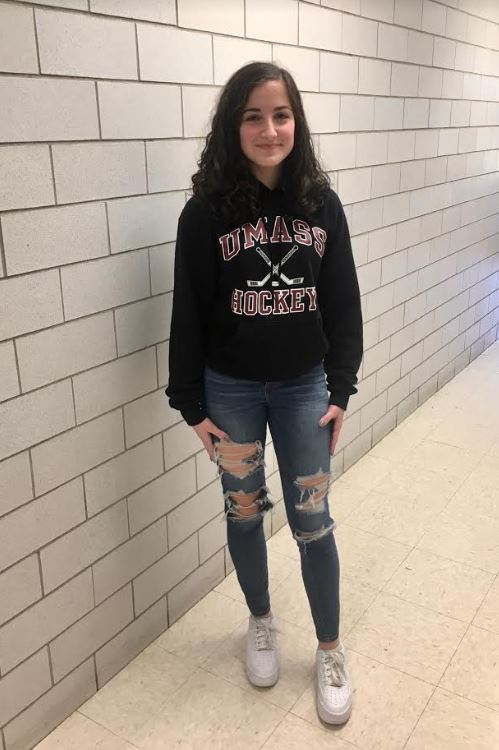 As the year 2020 is steadily approaching, it is hard to remember that we are ending a decade: the 2010s. ARHS students are ready to reminisce about the decade when we all “grew up.”

The 2010s were full of trends, good and bad; some old trends returned from the ‘80s and ‘90s, and some weird new ones emerged.

Senior Cleo Hein said, “Heelys are kinda snazzy,” and remembered “people just skating around school” in the sneakers with the equivalent of a skateboard wheel on the heel.

Heelys, are “making a comeback,” said senior Karta Khalsa, an ARHS senior, in 2019 after their rise to popularity in the early 2010s.

Another re-trending shoe is the Ugg boot. Ninth grader Jaeden Case named Uggs as one of the hippest shoes of this era, but the brand does not seem to be giving up for 2020.

Ugg modernized their old boot styles in their 2019 fall winter fashion show showing a bohemian twist to the suede sherpa lined boot, which had become a suburban slipper in the past few years, returning the shoe to its real roots: a shoe used for warmth by ‘60s and ‘70s Australian surfers.

In the 2010s, a style called “low rise jeans” slowly declined after over a decade of popularity, sparked by an Alexander McQueen fashion show in 1993.

Senior Zevulon Lane described the rise of popularity in “mom jeans,” the successor to “boyfriend jeans,” which exhibit a high waistline and looser fit contrasting the mid 2010s obsession with skinny jeans.

Hein, Case, and Khalsa all argued that skinny jeans are still in style.

“Everyone is looking for that perfect pair of mom jeans, but skinny jeans will always be a staple: a need in everyone’s closet,” said Khalsa.

Lane disagreed. “No, skinny jeans are not still in style,” he said.

A few trends returned from the ‘90s in the 2010s. The most notable: athleisure and the grunge look.

The popularity of Nike and Adidas rose in the 2010s. Adidas track suits are still worn, flashing the iconic three stripes logo. Lane also described the “chunky white sneakers trend,” which were worn with athletic outfits or dressier outfits.

The ‘90s grunge movement was mimicked in the mid 2010s. Lane described the comeback of Doc Martens, cut off jean shorts, and oversized shirts.

Khalsa remembered her participation in this style. “We wore chokers for that grunge look,” she said, “but I remember boys telling us we looked like ‘strippers’ when we did.”

Other old trends that returned were crop tops, scrunchies, chains, and highlights. Along with the popularity of highlights came a few other methods and forms of dyeing or accessorizing hair.

Case remembered using hair chalk to temporarily dye sections of her hair. Khalsa mentioned the trend of ombre hair where hair was bleached at the tips and transitioned to the natural color at the roots. Lane and Hein described accessories used in hair like feathers, yarn wraps, or color highlights, which no one seems to do as much as they used to.

All these trends were popularized by two aspects of 2010 culture: pop stars and social media. Social media is used by most of the world population by the end of the 2010s.

While social media can produce good, many ARHS students also saw the negative aspects that social media could produce within this decade. Case said, “It definitely got more popular, but it talks about real world problems sometimes.” The 2010s have used social media as an outlet and discussion base for events in the 2010s like the 2016 American presidential election, the rise of mass shootings, and climate change.

Mostly ARHS students are concerned about the creepiness and self-image issues social media can bring.

Khalsa described the “fame” social media can offer, and the desire of young people to achieve this fame.

“Social media became more popular with the younger crowd. Now, elementary schoolers are on it,” Case said. “Are they too young? In middle school it seems appropriate, but everyone uses it now.”

Khalsa and Hein collectively showed concern in the lack of privacy and new acceptance of tracking social media allows. Hein said, “Snapchat has become creepy. Tracking is normalized. Stalking is normal. You can always see when someone is active on an app.”

The younger generation can also be affected by the images seen on social media. Hein talked about workout pages on Instagram and how these people use facetune and photoshop, often creating unrealistic images.

“Instagram is taken so seriously now. There’s a desperation for specific perfect photos,” Khalsa said. “Also there’s all this new slang about phone life and the etiquette of it.”

“Social media was a defining feature of this decade, and its prevalence in popular culture grew, but will it last?” asked Lane.

Ariana Grande was an inspiration for many trends in the 2010s including hair and fashion trends, which was made possible through her online following. Hein described how Grande is still relevant from 2010 to 2019 and she may be the biggest star of the 2010s because her fame has not declined.

Rap music shifted like many genres in the 2010s. Lane says he feels, “worse about rap change, because it is becoming more about production and less about the lyricism, which is what is best about rap and where its origins lie.”

Rap music was not the only trend in the 2010s. Indie music trended with popular artists like Vampire Weekend, Lana Del Rey, and Grouplove. A new genre called dubstep emerged in the trending electronic movement of the early 2010s.

Khalsa said, “Even country music had its own trend.”

While the 2010s are coming to an end many ARHS students still participate in old fads.

Case says she still listens to Katy Perry’s album “Teenage Dream” and Hein said she still knows all the words to those old songs. Lane still loves “Moonrise Kingdom” and “Ladybird,” two of his favorite indie films that came out in the 2010s.