The life of a VSCO girl: Hydro Flasks, iced coffee, scrunchies, and Vans! 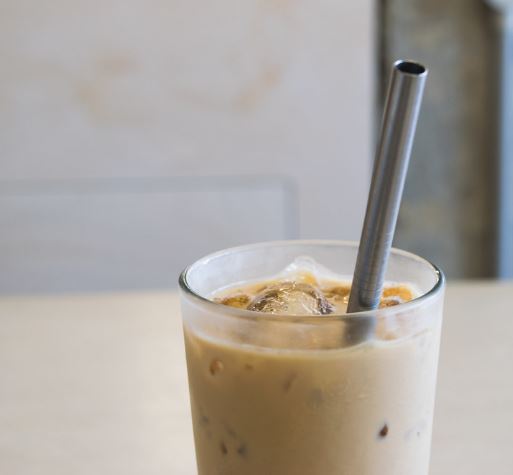 We’ve all heard it: “that’s basic,” a phrase that’s plagued with stigma, judging a  person who lacks individuality and is only interested in things popular and trending.

Now, the term “VSCO girl” has surfaced on major social media platforms, like TikTok and Instagram, to poke fun at girls who are associated with the lifestyle promoted by VSCO, a popular editing app, similar to Instagram.  A key difference? VSCO allows people to post content without likes or comments.

Niamh Gray-Mullen, a senior at ARHS, compared this new trend to “the 2019 Tumblr girl,” a reference to an online trend that peaked in 2013 in connection with the social blogging site Tumblr.

However, like the “Tumblr girl” moment, the style of VSCO girls today does not seem to have much to do with the brand itself.

Many have said they prefer VSCO over Instagram because it “allows for a much more ZEN experience of sharing photos, without the anxiety about how many likes your photos will get,” said Eric Kim, an internet blogger.

Julie Inouye, the Vice President of Communications at VSCO, told The Graphic that “our members tell us every day how much they love coming to VSCO because it offers a community that inspires them and a place for creativity without judgment.”

This community is often described as “laid-back” and incorporates a beachy, Californian-like aesthetic, according to NBC News. The style has ties to environmental sustainability; thrifting clothes, using reusable water bottles, and items like metal straws are often highlighted and play a role in changing the definition of beauty for users of the app.

American teens posting pictures on VSCO are often wearing big t-shirts, messy buns, and no makeup, while still being seen as beautiful.

However, where is the trend now? What has it become? And what are people saying about it?

When you search for articles about VSCO girls there are over 3 million results. From platforms like The New York Times and CNN to Rolling Stone, it seems everyone has something to say about the newest trend for teenage girls.

Most of these articles tackle the rise in VSCO girls across America, searching for answers to: “What are VSCO girls?” “Where does their style originate?” and “Is the style okay?”

This trend has “created an opportunity for a much larger discussion around what it means to be a teenager today,” said Inouye. Inouye did not respond to The Graphic’s questions that specifically explored the position of the company on this larger discussion or its role in it.

In September of last year, CNBC featured an article about VSCO girls written by Jasmine Wu that focused on the unusual nature of the trend. “Experts say the trend is unusual because it involves owning a specific set of products, representing a broader shift in teen culture to strong brand associations,” Wu said.

There are even articles illustrating lists of items “needed” to become a VSCO girl. An article on Popsugar listed almost 25 items deemed necessary including AirPods, a Fjällrävan backpack, and a Hydro Flask, all of which are expensive.

Additionally, when asked to describe what a VSCO girl looked like, most responses described the specific items a VSCO girl owned. “A VSCO girl has so many scrunchies. She has a yeti. She has a Hydro Flask,” said ARHS senior Liam Carpenter-Shulman.

Another popular subtopic in the conversation of Vsco girls is the phrase “and I oop” which has become popular among VSCO girls and subsequent VSCO girl memes. However, VSCO girls did not invent this phrase.

According to The Independent, “this expression also has roots in LGBT black culture. “And I oop” went viral after it was said by drag queen Jasmine Masters in a 2015 YouTube video. This has spurred on a conversation about privilege and the appropriation of language among certain groups.

“‘And I oop’ originated from a black drag queen while ‘sksksksk’ another popular phrase originated, I believe, from Stan Twitter and black Twitter as a sort of expression like you’re just punching your keyboard cause you’re laughing so hard,” said Fiona McHale, a senior at ARHS.

“Both of those groups are not really that popular in the everyday lives of most VSCO girls so to have been picked up by the mainstream and VSCO girls is what it is, it’s cultural appropriation. At much lower stakes than other appropriation, but still appropriation,” said McHale.

This perception translates to real life. Akile, a freshman, said, “You can be a VSCO girl without being white but you think of someone who is ‘VSCO’ to be white.”

The Award-winning Black blogger and author for Metro news, Stephanie Yeboah, said “it is disturbing to see a continued pattern of blatant sidelining and absence of women of color in this relatively new industry.”

“As an example, I recently noticed a popular travel company only had two bloggers of color featured on its Instagram page, while another equally big brand promoted a press trip to the Canary Islands where all bloggers involved were white,” she added.

Many articles have touched on the exclusivity of the trend. Niamh Gray-Mullen said “exclusivity is a common thing” and that it happens all the time in new styles that sweep adolescence.

Aarti Lamberg said the popularity of AirPods has become one of those items that everyone wants but not everyone can afford, thus creating division. “I can’t think of anyone who would say ‘no I wouldn’t want those [AirPods]’ because they’re so useful,” said Lamberg. “But that’s almost 200 dollars. It’s the same thing with a Hydro Flask.”

This division isn’t uncommon. In fact, it seems it’s an unfortunate side effect of being a member of a capitalist system, overrun my white-privilege. “Whether you are trying to be a VSCO girl or not, there’s a pressure. In high school, in life, in American capitalism, there’s a pressure to keep spending, to get the new best thing,” said Lamberg.

At ARHS, students say there are some VSCO girls in each grade but there is a higher concentration in the freshman class. “The class of 2023 definitely has the most VSCO girls,” said freshman Grace Gahagan. Gray-Mullen said this may be because it’s “easier for people to dive into this style for those that haven’t found themselves or what they’re attracted to yet.”

Is there pressure to buy certain items? Absolutely. And there may always be one.

“I feel like with every trend there is a tremendous amount of pressure to fit in and buy a lot of overpriced and expensive items, to make you feel ‘part of the group,’” said Gahagan.

Lamberg says what’s hard is the recognition of what you actually want and your motivations for conforming to certain styles.

“It’s not a bad thing to want to blend in. However, get [popular items] for the right reasons, because you want them, and don’t waste time doing something different just to please others,” she said.

For adolescents in high school that is no small task, but it seems to be a part of growing up, and finding out who you may be.

Despite the division, the pressure, and the differing opinions on VSCO girls, ARHS students feel confident saying you shouldn’t feel bad about buying expensive products or being ‘basic.’ “If you feel good in something and you feel good purchasing something then there is no reason not to [buy it]” if you have the resources said Gray-Mullen.

Additionally, Lamberg felt passionate about the topic of shame. She said “If you like Hydro Flasks and you saved up for it, go get your Hydro Flask. It’s not necessarily bad to care about how you look and to want nice things. In fact, a lot of things that are associated with being basic are just things that a lot of people like!”

As the world enters into an age where social media becomes ever more a part of daily life, the way teens see themselves and others shifts with it. ARHS students believe that as adolescents, they may find themselves straying from or playing into popular trends and that’s ok.

Whether your favorite accessory is your velvet scrunchie, your white pair of Vans, or something drastically different, it may simply be a part of your process. A way of “finding your own branch,” said Gray-Mullen. This trend has created a perfect conversation surrounding the culture of teens, finding ways into discussions of appropriation, language, and privilege.

As this new style has exemplified, there are always complexities within certain trends, making it all the more important to look at your sense of privilege, your motivations, or even into why you want that Hydro Flask.