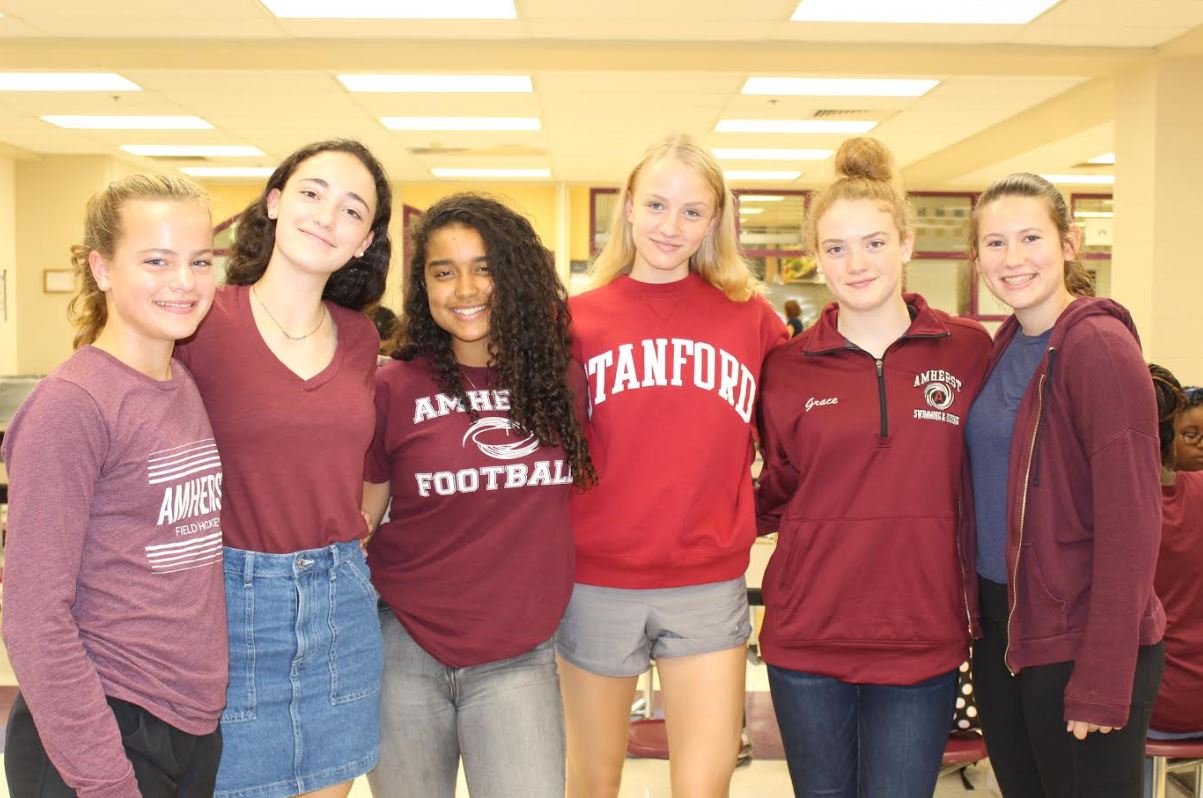 The week of September 23 to 28 was a flame of a Spirit Week for a usually much quieter ARHS.

Students from every class arrived to school decked out in their school spirit, but the senior class gained the most points for their participation, winning the week’s-end prize of a pizza party.

All this riled up the school for the three main events: Thursday’s Hurriflame, Friday’s Homecoming games, and finally, the Saturday night Homecoming dance.

“I thought girls ask was good,” said Gabe Hennessy, senior. “Even though the girl I liked did not ask me, it incentivized more people to go.”

Hurriflame was created as a social to bring attention to the upcoming games.

With a fire blazing and music blaring, many people went to support the teams. The games were announced by football coach Chris Ehorn.

Ninth grader Theo Hanley played in Amherst’s absolute conquest over Ludlow in the Friday night football game, with a 51-0 score. “A large crowd of our peers came to support,” said Hanley.

After a busy week for ARHS athletes, everyone let loose at the Homecoming dance.

“The dance was a good time overall, but we were all standing in a crowded hallway with full fluorescent lights blasting down on us, so we felt watched,” said Hennessy. Another complaint was the lack of AC. “I thought it was so fun, but it was really hot in there,” said Konieczny.

Whether it was hot or not it was a lovely way for ARHS students to relax after a long week.

This change from dormant to a flame of a week from ARHS students was partly inspired by principal Gene Jones.

While Jones said that he was used to an exciting Homecoming week including pep rallies, games, band orchestras, and a Homecoming king and queen, he said an equal desire for change came from the ARHS class of 2020.

A few seniors confronted Jones with a wish to bring back “Hurricane Nation.”

Jones said that “high school is always about being involved and giving input. It only happens once.”

When Jones heard from parents, teachers, and more people in the community about low school spirit he decided to turn to the students for help.

“The key is to listen to the student. Small changes of communication can help,” Jones said. “I wanted to change the culture. Students need to feel a sense of ownership of the school to create positive experiences.”

Jones loves the climate in the ARHS building.

He believes the principal’s role is to be the “head cheerleader” for its students and their activities.

“I went to everything, and you’ll see me all year at [all kinds of] school events,” he said.