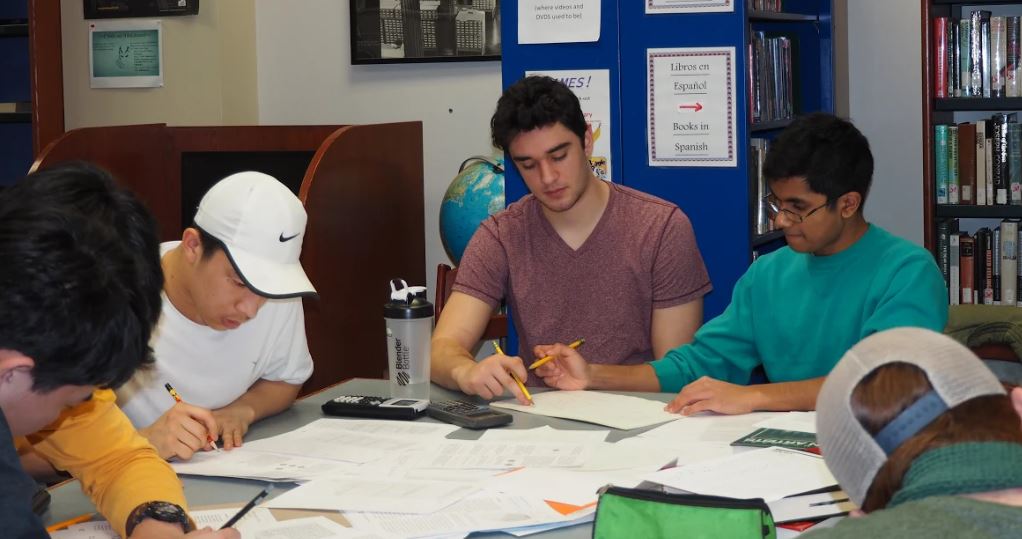 On March 16, 2019, eight teams of ARHS students jumped into a one-day competition against each other on the new and budding topic of artificial intelligence relating to neuroscience.

JETS (The Junior Engineering and Technology Society) is an annual science competition that contains three categories: an essay, a building prompt, and a mathematical multiple choice test.

Team member Danielle Beason commented that the competition “focuses on problem solving.” According to Beason, spending time together and “studying topics to understand them” so groups can “perform well” is par for the course.

Team captain Naomi Johnson agreed that it’s fulfilling “because it’s about teamwork.” With teams of up to eight, the tasks take real collaboration, unlike most tests in high school, which focus on individual scores.

The yearly competition also teaches students how to perform in a “high stress environment” with a group of people achieving a common goal. “It really teaches you how to deal with multiple opinions, whether they conflict or not,” Beason said.

Working in a group is not always easy, though. “It’s hard to work collaboratively in a [large group]” said Johnson. Beason agreed. “Being in a group with multiple people means there are multiple ideas,” she said.

Members also noted that they all had to write one essay regarding the topic together as a team. “Everyone has a different writing style,” said Beason, “but it wouldn’t be a competition without challenges, and with time and effort, each team’s dynamic improves.”

Competitiors all had a favorite part of the competition. “I liked the build part,” said team captain Anu Sitaraman. “It’s the most fun and a nice opportunity to work together as a team.”

Teams usually meet once or twice a week leading up to the competition. A normal meeting with team captains Sitaraman and Maggie Ryan commenced in the side room of the ARHS library. Members of their team included Beason, Lucy Anderson, Tina Wehrli, Amanda Dee, Kayla Sit, and Richita Randhir.

On the day of the JETS competition, students arrived at the school library at 9 a.m. The teams then took pictures with each other, and dove right into the test. After that, they were given a building prompt to complete, which was judged on how fast it took for the students to successfully finish the section.

Last year, the theme was environmental science, and the build prompt was to construct a tower made out of limited mixed media supplies such as pipe cleaners, paper clips, and straws.

Points were gained based on materials used, the time it took to complete, and how tall it was. This competition helps students narrow down and also expand on what field they might want to pursue in college and beyond. “When we do any topic in JETS it exposes the inner workings of the topic. It has a lot to do with understanding what interests you,” said Beason.

Captain Sitaraman has grown personally, too.  “I think that I’ve learned leadership skills, so I think it will make me better at managing other people in the future,” she said.