By Wyatt Kellman and Philly Brainin 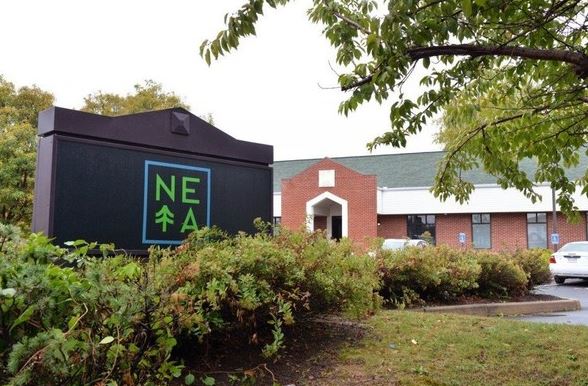 The legalization of marijuana is among of the great political debates of the 21st century. In the 1970s, authorities were more concerned about illegal possession of marijuana than that of cocaine. The war on drugs gained momentum and arrests directly related to marijuana increased drastically.

According to the ACLU, marijuana arrests accounted for over half of all drug arrests in the United States. “Of the 8.2 million marijuana arrests between 2001 and 2010, 88% were for simply having marijuana. Nationwide, the arrest data revealed one consistent trend: significant racial bias. Despite roughly equal usage rates, blacks were 3.73 times more likely than whites to be arrested for marijuana,” according to ACLU.org.

A frustration with these statistics and a growing acceptance of the drug led voters to pass legislation in 2016 in Massachusetts to make it legal for recreational use.  Likewise in other locations across the United States, private companies have opened stores and dispensaries; marijuana is currently legal for recreational use in 10 states, and approved for medicinal use in many more.

In the state of Massachusetts, there are already five recreational use stores open, two (NETA in Northampton and Insa in Easthampton) in the valley.

As marijuana is sanctioned, town governments and retailers will have to work to create a harmonious relationship, and also to ensure that marijuana use is controlled and doesn’t become a national problem.

When the question was on the ballot, Amherst voted overwhelmingly to legalize it, with nearly 75 percent in support. In nearby Northampton, where David Narkewicz is the mayor, legalization was supported by a similar margin.

Once marijuana was legalized, the process of opening up stores that sold it for recreational use began. “The city doesn’t open a store or dispensary,” said Mr. Narkewicz. “They are private entities that must first go through a licensing process through the state, which is overseen by the [Cannabis Control Commission]. But [marijuana retailers] do have to go meet with cities to get local approval for zoning requirements.”

While it varies from town to town, Mr. Narkewicz said that the licensing process has a pretty standard format, which involves town zoning requirements, host community agreements, and a possible cap on the number of retailers.

“[The NETA store] are good community members,” said Narkewicz. “They’re involved in the community, they’re members of the Chamber of Commerce, and they’ve sponsored local events.”

A good relationship between the town and the store can be beneficial for the town.

The full economic impact of the marijuana industry on the state and on towns can’t fully be seen yet, and we won’t know how many stores can be supported until more have opened.

The legalization process has led to several new laws and regulations.

“The idea behind that was to make sure that young children aren’t exposed to it,” said Kravitz.

Restricting children’s access to the drug is being taken especially seriously by operators and owners of stores who “understand that this is a fledgling industry and for it to actually turn into a mature industry they have to follow the rules and they have to work through the process and the laws.”

In efforts to reduce people under 21 from purchasing marijuana, many owners will use state of the art ID scanners and require two ID checks per purchase.

Outside of zoning laws, there are other new regulations that the new industry must abide by.

Most notably is the cap on the number of stores allowed to exist in Amherst, which is eight.

The cap has been somewhat controversial as people on both sides have expressed problems with it.

After eight was determined to be the cap “some people were standing up and saying why should we have a cap at all, and other people were saying why is it so high?” An additional three percent tax on marijuana sales was passed in hopes it could boost revenue for the town.

An advocate of reform since 1977, and the author of the first comprehensive marijuana bill in any state in 1981, Evans has finally found a society where his ideas are not only listened to, but supported.

For the first 40 or so years of his time in Amherst, Evans faced a lot of pushback against his ideas, and had invitations to be on boards of nonprofits rescinded when he came out in support of legalization.

“When I came out publicly in support for marijuana reform, those invitations stopped and I didn’t get another invitation to be on one for another 40 years,” said Evans.

Evans said that there’s a new willingness to talk about marijuana that has come with the shift in public opinion about cannabis that began in the early 90s, and has continued to change ever since, and today, the U.S. is 62 percent  in favor of legalization.

According to the Pew Research Center, that figure is double what it was in 2000.

Despite this, even as recently as 2016, politicians were hesitant to voice their support for legalization prior to the vote.

According to Evans, Alex Morse, the mayor of Holyoke, was the only mayor in the state to support Question 16, which was the question about marijuana legalization.

Getting an elected official or candidate to come out in support, prior to legalization, was “very rare.”

Evans’s main goal as an attorney is to prevent towns from taking advantage of cannabis companies.

He said that many towns use host communities to swindle companies out of more money than they have to pay the town by demanding charitable contributions in addition to the three percent tax on marijuana.

The Northampton agreement contains a passage that states that marijuana companies shall voluntarily contribute $10,000 to a charity of the mayor’s choice.

The language here seems to contradict itself, and this is one of the ways that Evans said towns are cheating companies out of money.

A large part of marijuana reform involves those disproportionately affected by laws that put people in jail for illegal possession who have had their lives ruined because of it.

“All around me I was seeing people, just like me, getting popped at a rest area and their lives wrecked for simple possession of marijuana,” said Evans. “I thought it was a gross injustice.”

Evans said that one of the main reasons that he got into marijuana law in the first place was because of how many people he saw destroyed because of their possession of a substance that he said he believes, in five years, will be “mundane, like [possessing] tomatoes.”

Evans hopes that in the future, marijuana will not only be an accepted substance by the public, but will gradually replace opioids and prescription medication.

Opioid deaths, according to reporting done by Forbes magazine, are 25 percent lower in states where marijuana is legal, and so are opioid prescriptions.

Evans sees marijuana as a solution to the national opioid crisis, and he hopes that as more states legalize recreational and adult use marijuana, it will be seen as less of a threat and more of an aid to society.