‘It’s not magic,’ it’s the custodians: the hardworking team that keeps ARHS clean, by day and night 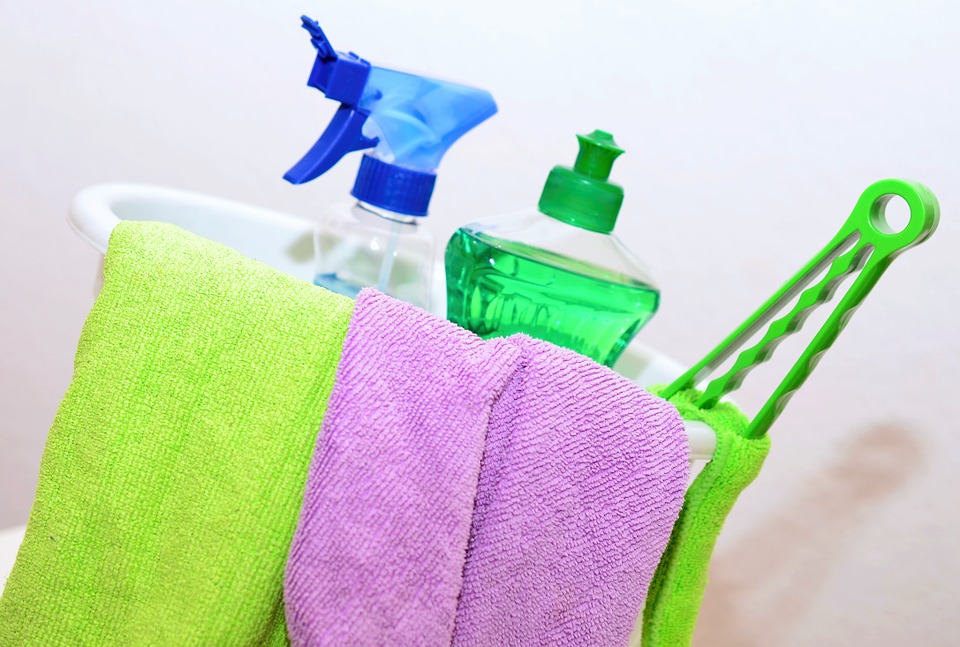 It’s lunch time and you’re sitting across from your friends. You’re joking around and throwing food at each other.

You don’t think twice about leaving the mess you just made; in fact, the very next day when you walk in and sit in the same place, you also don’t even notice that now that food is gone.

It’s not magic; it’s the custodians.

The custodians in this school encounter messes that would put us off food for a week, from food messes to door stoppers in the toilet. The life of a custodian is underappreciated, but what would ARHS look like without them?

Regardless of early dismissals, delays, or cancellations, they are at our school making it a clean, comfortable place to get a great education.

Gary Reynolds is a father of four and has been working as a custodian for ARPS for a year-and-a-half. “I chose to be a custodian because I like helping people,” said Reynolds.

While he loves the fun atmosphere here, he does not enjoy the amount of messes that get made.

“People don’t pay attention, and a lot of the kids don’t respect the amount of work we put in,” said Reynolds. “Most of the time students will see me pick stuff up and then proceed to throw it on the ground again, and then give me a hard time when I ask them to please pick up the mess they purposely just made.”

Owen Frenette, a sophomore at ARHS, agreed that students should be more respectful. “Yes, people leave messes, but I don’t believe that it’s something that can be enforced,” said Frenette.

Matthew Essig, a senior at ARHS, also felt that more respect should be given not only to the work of the custodians but the building itself. “Kids here don’t pay attention to the work that they put in,” said Essig. “Students should act more mature.”

The guy with the mountain beard and camo hat, that’s my uncle Ron Gamache. He’s a father of four and an ARHS graduate of 2002 and has been working here for about two years.

Ron used to work for the town, long hours and not a lot of pay, which is the opposite of his job at ARHS. “I became a custodian because it was better than my previous job,” said Gamache. “Here it’s a good job, good money, and good people.”

Gamache enjoys meeting new kids, especially those with parents he used to go to school with. He enjoys us, but, of course, not the amount of messes. “Kids will just leave their messes all over the place,” said Gamache.  “If you don’t want something, leave it on the front table nicely. And as for teachers, please be a little more attentive to the students around. And smile. It’s good for y’all.”

Pete Reynolds has been working here for about three months, and already has seen some wild stuff here at ARHS.

“Kids here are very disrespectful to the building and our work put in. If a trash barrel is right next to them, they will just throw [trash] on the ground, and when they eat lunch they just leave their stuff wherever they want. I’ve been to the elementary schools, and little children are way cleaner than these high schoolers.”

He believes that more teachers are appreciative than students. “Please try to be more respectful towards the building,” he said would be his message to students, “and if you drop something pick it up.”

The wildest part of being a custodian are some of the  strange messes encountered, said Alejandro Toro-Rodriguez, a 2017 graduate of ARHS and a night shift custodian.

“In the boys’ locker room, I have walked into chocolate milk everywhere, from the ceiling to the walls, and orange chunks squashed everywhere,” said Toro-Rodriguez. “To the majority of you who are clean and tidy, thank you.”

Alston Peter Loguie has been a custodian at ARHS for five years now, and also would love to get a little more appreciation from students.

“Teachers tend to be more friendly, and there are a few appreciative students,” said Loguie. “When people thank us for our work, it makes us feel good.”