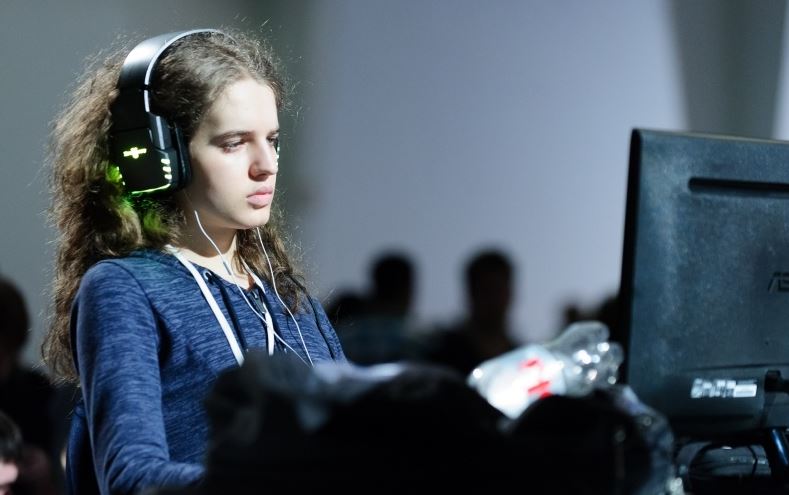 There’s nothing like sitting down at my computer chair after a long school day, turning on my  computer and waiting to hear the sweet buzz.

I pull my hair back into a hairtie, so my headphones sit comfortably on my head, picking the game of my choice, Overwatch, a fun, competitive, team-based fighter game.

I turn on my mic to contribute to team strategy, readying for the reaction I know I’ll get when they hear my feminine voice.

Gaming communities have long been dominated by males, but that is changing; 48 percent of gamers in the US identify as female.

Despite the large population of female gamers, we still face a lot of discrimination.

In Overwatch, there are a wide selection of characters to play as, a skill ranking, and a ‘create a team’ option with a live chat system.

Some remarks I have heard directed towards me range from, “Wow! I’ve never seen a girl play games like this” to “Pro-gamer girl? I didn’t know those existed.”

I have also been told that I should be limited to playing the sexualized girl characters. With customizable teams, I have even seen titles like “I need an Egirl” and “Girl Gamers only.” The phrase “girl gamer” is defined as a girl who games to attract men (versus gamer or gamer girl), so you can see why this would upset.

Being one girl among thousands of players is easy compared to the women who put themselves out there by joining professional gaming. A British gamer called Leahviathan, is one of the more famous female twitch streamers. Most female gamers like Leahviathan choose not to reveal their real names for safety’s sake. After playing a few games that some viewers did not like, Leahviathan received death and rape threats from such viewers.

What I would like to see in the future of gaming is a safe communication site for people who don’t want to worry about getting an  overly judgmental or hateful player on their team.

Anyone who has experienced vulnerability online could join. This might include younger gamers, as well as those who have faced racism or homophobia online. They would have to take a pledge to at least focus on the game rather than the specific characteristics of those they are playing with. It would also include an advanced blocking and reporting system, so you could choose discriminatory words and phrases that you don’t want to hear and your reports would be dealt with as soon as possible.

It is easy to forget that you are talking to real people with real feelings when online. With online gaming still being a fairly new concept, I hope that people will continue to make the way we play together better and improve on our own behavior.