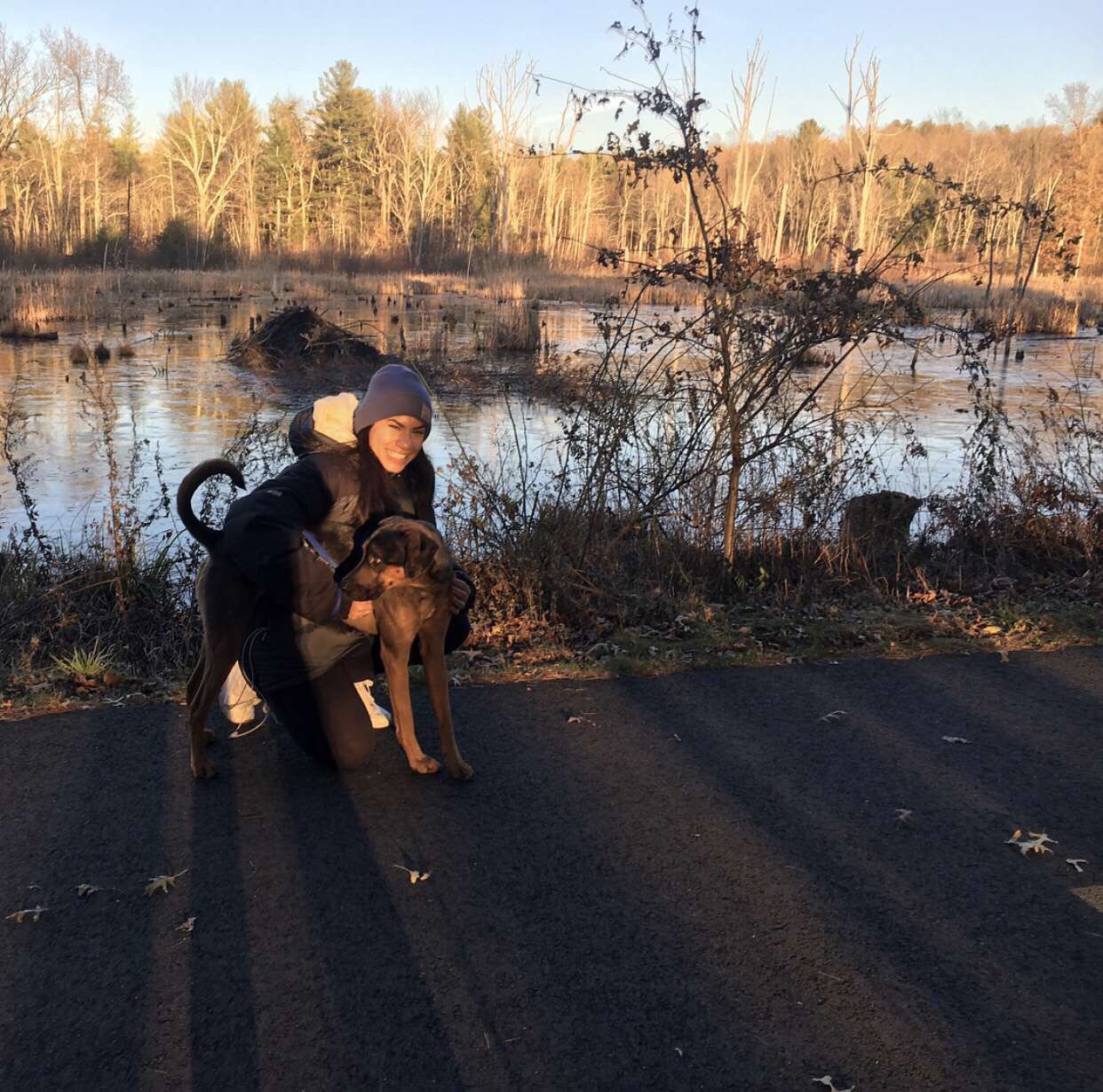 Camila Brown with her Dixie dog.

Rosco was born on the streets. His mother was dumped there when her owner found out she was pregnant, and he has had to fend for himself, emaciated and skinny, getting  by off of whatever trash and garbage he finds. Crossing busy highways and avoiding humans is all he’s known.

This is only one story among the enormous population of 70 million stray cats and dogs in the United States.

According to The American Society for the Prevention of Cruelty to Animals (ASPCA), about 6.5 million companion animals enter into American shelters each year.

One of the ASPCA longest fights has been to lower the numbers of companion animals needing shelter care.

Half of the owners of cats and dogs found their pets through word of mouth, locally.  Bringing down the homeless animal population involves so many steps and behind the scenes help, like behavioral therapy for dogs and cats, relocation of animals to less crowded shelters, and the help of volunteers in efforts to increase animals’ likelihood of adoption. In fact, in 2017 ASPCA shelters relocated 28,444 animals to shelters that would give them a higher chance of adoption.

Locally, The Dakin Humane Society is one of these many shelters who take in dogs needing to be relocated. Located in Springfield and Leverett, The Dakin Animal Shelter has been helping companion animals since its start in 1986. It is now one of the most recognized nonprofit organizations in the Pioneer Valley and a national leader in animal welfare.

The Dakin Humane Society hosts many programs and events to make itself more well known to the public, and to raise money for the animals at the shelter. These include its annual brunch “Mutts and Mimosas” for dogs and their owners.  They also offer training classes and behavioral help for dogs.

Those who know of The Dakin Humane Society and have had their own positive experiences with the shelter will be more likely to adopt rather than buy an animal from a breeder.

“I know a lot of people who get their dogs from breeders,” said Camila Brown, a senior at ARHS.  But Brown and her family, decided to adopt their Texan “Dixie dog” (a term for dogs brought from overcrowded shelters in Southern states to Northern shelters) from the Dakin.

In 2016, through the Dixie Dog program, The Dakin Humane Society brought 347 dogs and puppies, 39 cats and kittens, and 7 other small animals, generally from the South, to Massachusetts.

Brown is so grateful for this program. “Without it I probably would’ve never known my dog,” said Brown. “She’s so unique because of her background. Whenever I say she is a rescue people are shocked because she is so well-behaved.”