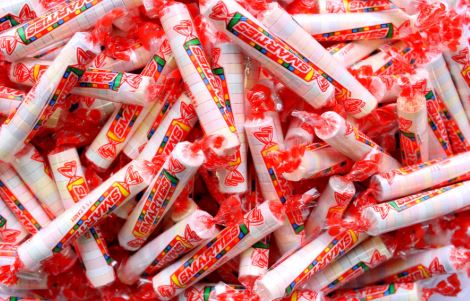 Since 2011, the ARHS Student Union has been working to achieve a positive school environment and “improve the general social atmosphere of the school.” Previously, they have worked on creating the language of the mission statement for the school (inclusive, supportive, upstanding, accountable, diverse) and making the climate of the school a happier place.

Kristen Iverson, the club advisor, wants to make sure that the club is a student-centered operation. “My philosophy about clubs is they are for you, and I can be a supportive person,” said Ms. Iverson. “I really want you all to do what you need.”

The current president, junior Hanna Hartman, wants to make the club “a platform any student can use to make a positive change in our school or get their voice heard.” This year, the Student Union plans to mentor sixth grade students at Pelham Elementary through the transition to middle school and “provide a system of role models for them to look up to.”

As a former Pelham Elementary student herself, Hartman understands the struggles older students go through as they transition to a new educational environment; she said, “One of the main challenges of being the oldest students there was being role models for all the younger grades and not really knowing what middle and high school is like.”

Last year the club carried out a candy gram project during final exam week. They handed out Smarties with positive, encouraging messages on them to students.

Later in the year there was the “Best Memory” exhibit, in which students wrote down their favorite memories and they were hung up around the school.

Junior Fiona McHale felt the impact last year during final exam week. “When Student Union gave out candy during finals it was nice because I felt supported by my school.”

Club member and junior Niamh Gray-Mullen said “the club meetings are fun and there are really good snacks.”

The club used to be called School Climate Control but, according to Ms. Iverson, “people would always ask if we were in charge of heating and air conditioning. Nobody really understood what that meant.”

Anyone is welcome to join and new, diverse perspectives on how to improve the climate of the school in regards to age, race, and gender are always welcome.