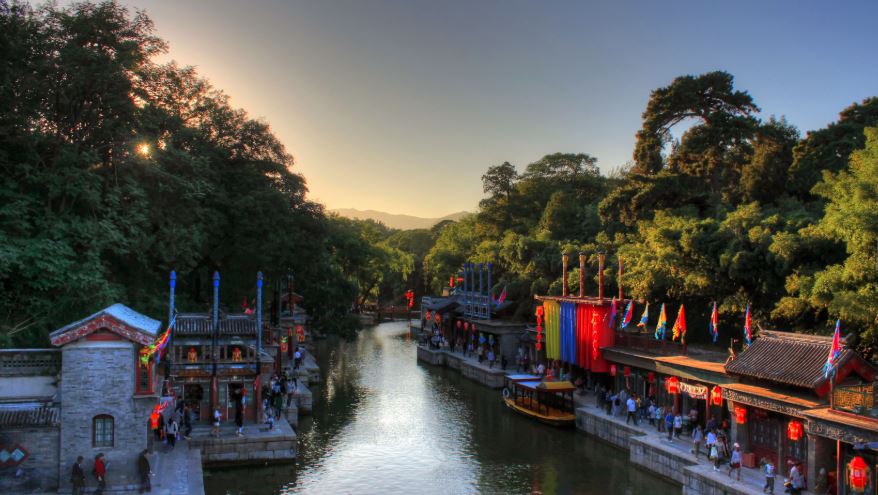 It is not unusual for groups of high schoolers to plan fun trips together over the summer, but one group of ARHS seniors is thinking bigger than a simple road trip.

Six members of the class of 2018 have meticulously planned a month-long trip to China by themselves and are set to depart only a few short days after graduation.

China might not be a place that comes immediately to mind when most high school students think of vacation destinations, but these six students all have varying connections to the country.

Four of them have visited before, and three of those four have family there.

Senior Leif Stevens does not have relatives in China, but has been there five times over the course of his life with his parents, who are researchers at UMass.

However, he said that he has mostly been in the east and there are still countless places in China that he wants to see.

This trip is different from all of the others that Stevens has been on, because he is going only with his friends and will be independent.

Nathan Ji, another student on the trip, has also been to China before.

He has been to Beijing and seen the Great Wall, which are common tourist spots, but also feels that he has not seen nearly enough of China or experienced enough of its culture.

The group, rounded out by John Diep, Sasha Zeidenberg, Hanlong Zheng, and Carrie Wang, will be traveling mostly by train from city to city, and will be spending the majority of their nights in cheap hotels. Their trip takes the shape of a large loop through inland China, starting and finishing in Hong Kong.

The two members of this group who have never been to China before are Diep and Zeidenberg.

Stevens said that one of the most striking things about visiting China is the sheer scale of everything, due to the country’s massive population.

“You never really get used to it,” said Stevens. T

here will be other adjustments to make as well, but Stevens is looking forward to getting acclimated to China because he is spending his first semester of college there, studying at East China Normal University.

He plans to start learning a bit of Chinese this summer, and then to take classes in college.

When asked about what places they were most excited to see, Ji and Stevens both mentioned the city of Chengdu.

It is the capital of China’s southern Sichuan province, and has a population of 14 million people.

They both remarked on their excitement to try the food there, which is well known for its extreme spiciness.

While the trip is set to be a lot of fun, much serious planning has gone into place to ensure the trip runs smoothly.

There were many group meetings, which Ji admitted were “not too focused.”

He said that the hardest part by far has been getting visas for him, Diep, and Zeidenberg. While Diep’s visa went smoothly, Zeidenberg’s was sent back due to itinerary issues and Ji needed to drive to New York to get his own visa.

Despite the amount of work that has gone into booking train tickets, hotels, flights, and myriad other plans, the members of this trip are quite excited.

Going to a foreign country without parents is a thrilling challenge, and these intrepid seniors are diving headfirst into their adventure.