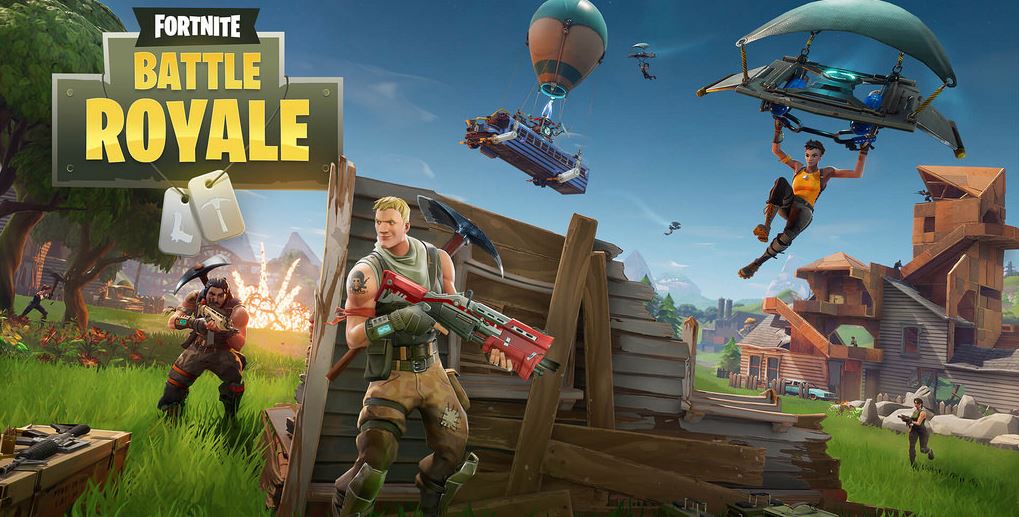 Whether it is through social media or through your friends and peers, chances are, you have heard of Fortnite: Battle Royale. This game has exploded in popularity, with an estimated 3.4 million users as of April 2018.

Fortnite: Battle Royale is a free third-person shooter game that was created by Epic Games, an American gaming software development company based out of Cary North Carolina.

Fortnite: Battle Royale is a spin off of Fortnite, which is a cooperative survival game. The original Fortnite game’s plot line is about how a storm wipes out 98 percent of the human population and creates zombie creatures.

The mission in the original Fortnite is to go on quests with your team, building things to protect the remaining humans that are alive from these zombies.

Fortnite: Battle Royale was released in September 2017. In April 2018, they released Fortnite Battle Royale  for iOS, allowing people to download it for free onto their iPhones.

One of the reasons that Fortnite Battle Royale is so popular is that it is compatible with all of the gaming consoles, allowing everyone to play with their friends, whether they are on an iPhone, a Mac, a PS4, or an Xbox.

Fortnite Battle Royale has exploded in popularity for many reasons, the largest one being its unique gameplay.

The premise of this game is that 100 players jump off of a plane and land on an island, where these 100 players fight, and the last player alive wins.

You can play solos, duos, and squads with up to four of your friends.

Every player has to search for weapons and resources that are scattered around the island, making skill and knowledge the deciding factor in this game versus the weapon.

As the game continues, and fewer and fewer people are left, the game forces the remaining players closer and closer together using the storm.

All of the players are in the eye of the storm to start, and being outside of the eye takes life from the players. As the eye shrinks, the remaining players are forced to get closer and closer.

This gameplay mechanic is used to prevent players from hiding the whole game, making the game faster and more exciting.

Another unique gameplay feature that Fortnite Battle Royale offers is that players are able to collect resources and build structures with them. This is also known as base-building.

For the players I spoke with, it is no surprise that Fortnite has taken off.

“It’s a great game. It deserves the popularity that it’s getting,” said Itai Zilberstein. He said that he found out about the game from friends a while ago, and they play with each other roughly every other day. Zilberstein logs one hour of Fortnite playing time every other day with his friends.

Junior Liam Felton heard about Fortnite through Instagram and decided to try it out. He plays on his iPhone with the iOS version that was launched in April of this year.

He said Fortnite Battle Royale is exciting and it gives him “adrenaline and clout.”

He pointed out that not only is this a “gaming thing that just teenagers do” but also that it’s becoming more of a social thing where people of all ages play.

Recently I was at a friend’s birthday party and two elementary school girls kept asking my friend if they could use his Xbox to play Fornite. My friend finally gave in and we all went inside to let her play Fornite.

That was the first time I have watched someone play Fortnite. It was more childish and goofy than I had imagined it being, and I could see why these two young kids were intrigued by it. One of the girls spent the whole time during the game camping out in a building making their character do the Orange Justice dance until the storm made her move and she was sniped.

However, this observation session proved something: those from the devoted to just beginning find Fortnite to be a mesmerizing game.

While many people would assume that playing video games reduces social interactions, most of the people that I interviewed said otherwise.

Both Zilberstein and Felton said that playing Fornite does not really detract from their regular life. Zilberstein said that he has seen some cases where someone plays too often and it starts to hurt their grades. But he said that for most people, “Fortnite is just another way to have fun.”

When asked to give a rough estimate for what the average Forniter plays each day, Felton guessed an hour and a half. He guesses that he plays about one hour every day, and credits this partially due to him only playing Fortnite on his phone compared to a gaming console where it is more fun and easier to play. He also doesn’t believe that it doesn’t affect his academics, social life, or his regular health.