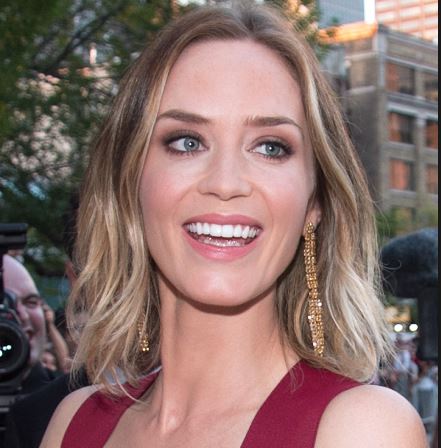 When you’re like me, you enjoy watching a movie that keeps you entertained without becoming an endless multi-million dollar CGI-ridden, stereotypically written, and generally over-hyped movie.

I find that most of my movie discussions these days can be summed up with the words “Meh, it was okay.”

For this reason, I typically avoid large blockbuster movies for the sake of my own sanity.

There is only so much Iron Man or X-Wings that I can take before I am bored enough with the movie to remember that Disney (or a comparable publisher) is just pandering to as many people as possible to sell tickets.

When I heard of “A Quiet Place,” which was produced for an industry low of 17-21 million dollars and created by Jim from “The Office,” I was excited.

I didn’t see the movie on opening day. Instead, I went on a Wednesday after school to a sparsely attended matinee.

Immediately upon entering the theater (about 20 minutes early), I was blasted with endless commercials and consumer trash; I almost walked out.

Knowing my reward would be silence (that is, a movie entitled “A Quiet Place”), I stayed put.

It was to my own joy that the commercials finally ended and the logos began to flash.

But something was wrong. Something I couldn’t place at first. By the end of the logos I realized the truth; this was another movie with That Inception Horn. You know, the sound effect called “music” that goes “BWOOOM” in place of a well-planned orchestral score.

I would give this a pass but the movie reuses this same music as the theme for danger, so naturally it came back every 20 minutes or so.

Despite the music reminding me that I was watching a movie and thus immediately ruining my immersion, I trekked onwards. I was pleasantly surprised when the movie flashed white text on a flat black background: “Day 89.”

The opening scene was nearly flawless in setting up a conflict and foreshadowing how the element of sound would be used later in the movie.

Every single character shuffled barefoot through an abandoned convenience store walking on tiptoes.

The first thing I noticed was that the shelves were filled with untouched potato chip and snack bags. A small detail, but it gave me a slight chuckle nonetheless.

She walks about the store and interrupts her little brother Beau (Cade Woodward) as he uses a plastic container to reach a spaceship toy on the shelves above.

The scene climaxes when Lee removes the batteries from the spaceship toy like one might defuse a bomb, and using American Sign Language to tell Beau, “too loud.”

I immediately wondered just how quiet one would need to be to avoid whatever monster might be chasing the Abbott family around town.

The question is shortly answered as the family walks out of the store onto a sand path which has slowly been laid down by Lee, and it is revealed that Regan gave Beau the spaceship toy and batteries on their way out of the store.

The usage of the toy brings something running towards the family, with music swelling and the silence being interrupted. We don’t quite see exactly what happens, but one can assume.

Immediately the movie cuts back to silence, and my breath was taken away. It was then that I realized that I was clinging to the edge of my seat.

And therein lies the magic of “A Quiet Place.” The silence can always be broken, and you never know just how loud something has to be before the monsters are lured towards the sound.

Could the wind slamming a door closed bring the creatures by? Will the cries of a man in the woods who has lost his wife be heard?

These questions are not answered directly. And this only adds to the brilliant suspense of the film.

The weakest moments are only when “you are supposed to be scared now music” starts playing, or Inception Horn starts its bwooming. The successful parts of “A Quiet Place” are the ones where you never know what will happen next.

The micro-cast is simply wonderful with the chemistry between Krasinski and his actual wife Emily Blunt carrying most of the film.

The kids all play wonderfully realistic kids, but it felt as though they were only there to make reckless sound or to force a moment of connection or sadness upon the audience when arguments break out in what can only be described as “aggressive sign language.”

Fans of “The Shape of Water” will know what I mean by this.

Overall the movie is a fantastic thrill ride which, while lacking in twists or turns that one might expect in a Hitchcock flick, makes up for in a new and interesting take on the all too common Post-Apocalyptic Alien Invasion movie genre.

The movie might be quiet, but its impact on me certainly wasn’t.