Plato, Nietzsche, and Rawls, oh my! 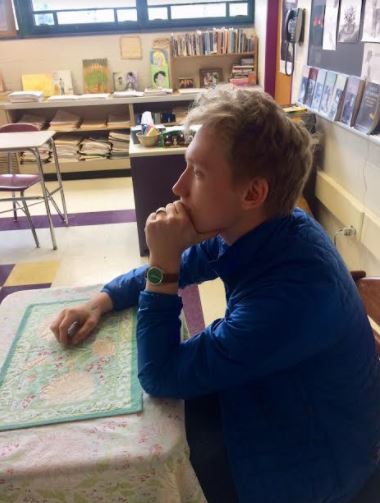 Tristan Whalen’s love of philosophy is no secret to those who know him best.

When Whalen founded the ARHS Philosophy Club last year, the first of its kind at the school, his goal was to bring that same energy to his high school peers.

“I founded the Philosophy Club because I was so riveted by the ideas I encountered in those classes,” said Whalen. “I was certain that other high school students, if given an opportunity, would be eager to study philosophical material.”

And they have been. Oscar Triggs, a junior at the high school and a regular attendee said that his favorite part was that, “everyone had a unique opinion about the topic and we had some great discussions.”

The club meets Tuesdays at three o’clock when room 113 transforms into “a seminar style space in which students can access and explore a large variety of philosophical ideas and thinkers.”

Thus far the club has delved into deontology and utilitarianism, inductive and deductive reasoning, stoicism, epicureanism, skepticism and Eastern philosophy.

In the future Whalen hopes to “attract a broader audience and bring speakers in to give presentations on their work.”