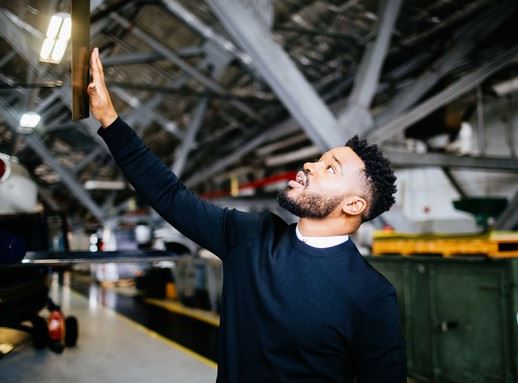 The Disney-Marvel hit superhero movie Black Panther was released Friday, February 16, and made a historic, estimated $387 million in its opening week, becoming the highest-grossing film of all time by a black director, Ryan Coogler, according to the web site Wired.

Black Panther is also one of the biggest hits since the release of Avatar in 2009.

Critics called it one of the best films set in the Marvel Cinematic Universe and many praised its racial and cultural messages and its powerful representation of black women, calling it a milestone film.

Black audiences and female audiences took to social media to share their approval.

The hit film also grossed over $1.2 billion internationally, proving that the themes and messages presented throughout the film are what movie viewers have been waiting for.

Many high school students and staff at ARHS felt the importance of seeing Black Panther, if not on their own time, on a school-sponsored field trip. And the viewing created some die-hard fans.

Ms. Iverson, a teacher of African American Literature, felt it was vital for her classes to see a film where black people make powerful decisions, with integrity, showing the rest of the world positive ways to build a community.

“It’s really important for the black and brown youth of today to see such positive role models in a film,” said Ms. Iverson.

“Most of the film depicts a positive, powerful, intelligent African nation that has the power to positively influence the whole world,” agreed Ms. Custard.

Ms. Custard noted that the film raised awareness of  “issues such as race, class, colonization, and power.”

“If we could [live life] in Wakanda forever, we would have a peaceful, sustainable world. I think that contemporary politicians have so much to learn from this fictional world,” noted Ms. Iverson.

Many students and teachers at ARHS conjured up connections to themselves and the world while exploring their favorite themes and moments presented in the film.

ARHS senior Lourdes Jean-Louis ventured out on the field trip with People of Color United (POCU).

Jean-Louis loved the strong representation of women, especially black women. She loves that King T’Challa sought women as body guards to protect him and his people.

Jean-Louis, a young African woman, said that in today’s world there are so many preconceptions about what it means to be a beautiful woman of color.

She loved how women were represented in Black Panther. “In this film, female beauty is not oppressed, it is empowered,” said Jean-Louis.

Ms. Custard agreed. “It was an Afro futuristic cultural phenomenon,” she said. “The women, ‘my sistas’ in that movie, were bad asses!”

Though there are so many great and meaningful moments in the movie, Ms. Iverson felt a strong response to the story of the kids in Oakland featured early on, and at the end. She said that story really spoke to “our real world situation.”

“How do we begin to make change in a country where we have decimated opportunities for young black children?” asked Ms Iverson.

The film, Black Panther is more than just a huge financial success; it sparked conversation and recreation all throughout the world.

“Go see if you haven’t already,” said Jean-Louis. “Go in with an open mind, ready to just take everything in. It is a big, successful, awesome movie.”