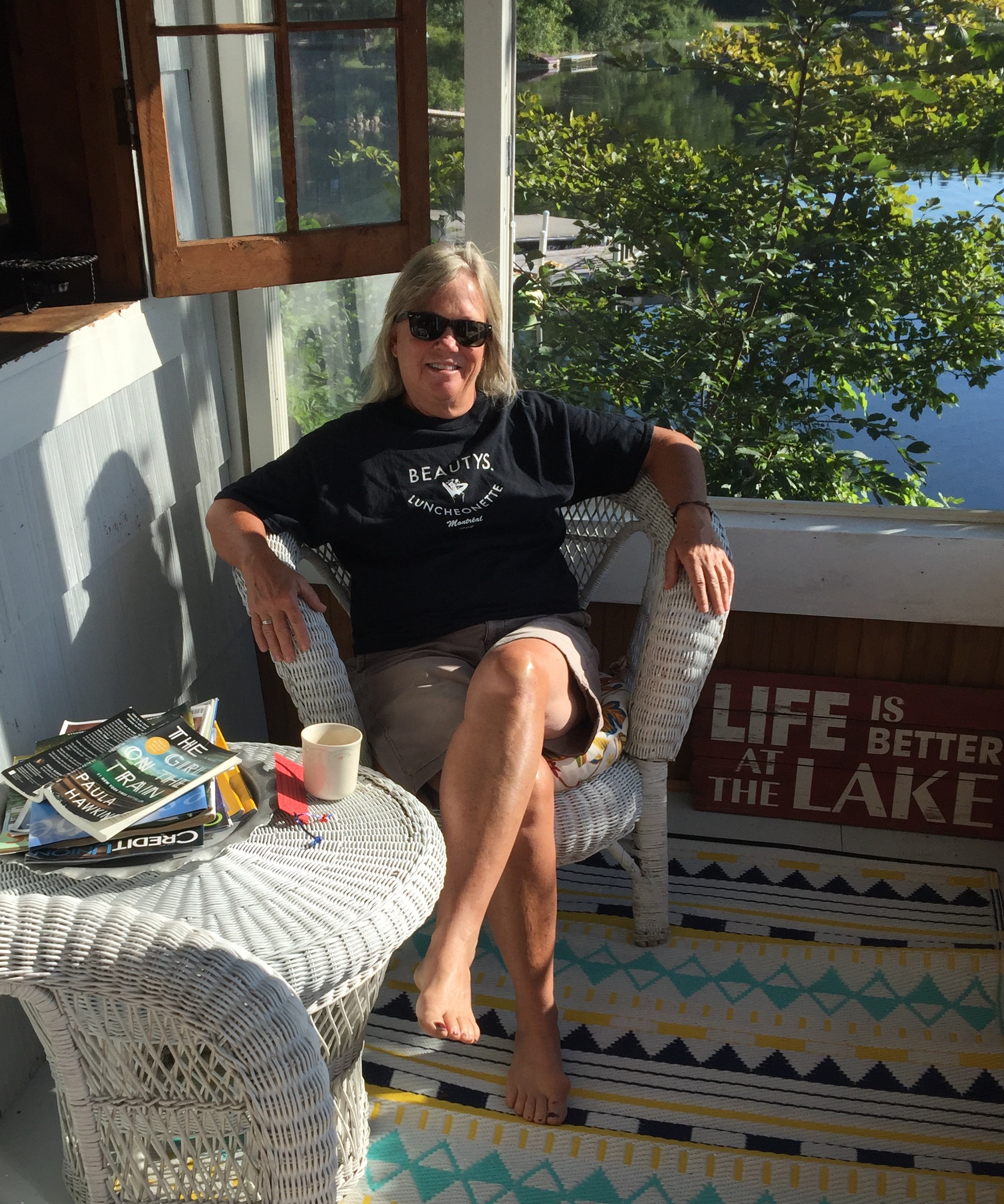 Ms. Browne soaks up the sunlight.Photo: Courtesy of Tina Browne

Sitting in her sunny classroom on a Monday in May, retiring English teacher Tina Browne reflected on not just her full career, but a life lived with purpose and passion.

Before settling down in the valley, Ms. Browne lived on Cape Cod, working as a journalist and editor for Provincetown Magazine, a local entertainment and arts publication.

After eight years of working there, Ms. Browne decided to move on, having lost her boss and many friends and colleagues during the height of the AIDS epidemic.

“It was a great gig. I wrote, I took photographs, I did restaurant reviews,” she said. “The only reason it ended was because my boss died of AIDS, and that was really  upsetting. It was depressing seeing so many of my young friends die; it’s part of the reason I came out here and became a teacher.”

Ms. Browne had known she wanted to be a teacher anyway.

“I just had to grow up a little bit [first],” she said. “So I did some [18-wheel] truck driving, bartending, editing, and writing, and then I was ready.”

Following her departure from the magazine, Ms. Browne wanted to continue pursuing her passion for literature and writing, enrolling in UMass’s graduate program for English instruction shortly thereafter.

“I’m really glad I started my career in Athol. I learned a lot working with underprivileged kids who really don’t have access to the wonderful resources we have here at ARHS.”

Over the course of 17 years at ARHS, Ms. Browne has many fond memories.

Of the many classes that she taught, Ms. Browne particularly enjoyed creating and teaching Contemporary Literature and Multicultural Identity.

She has said that some of her best memories stem from various classroom discussions surrounding all types of literature.

“I loved the times in class where we had really good discussions, and I liked the emotional side of teaching literature, where everyone shared their stories,” she said. “There were some great moments that really meant a lot to me.”

When she wasn’t with students, some of her fondest memories at ARHS included the mentoring of local student teachers and afternoons spent coaching the golf team, a position she held for eight years.

Ms. Browne remarked that the transition to retirement will be bittersweet, as she is happy to leave the hustle-bustle lifestyle of school behind but sad to have to say goodbye to colleagues and students.

“I’ll miss the English lunch table,” she said.  “I have been eating with the same people for 17 years, so I’ll miss my colleagues. I have a great department. I’ll also miss a lot of the kids who were kind and made me laugh and who were generous in spirit.”

During her retirement, Ms. Browne is looking into possibly volunteering her time in Thailand with a non-profit called Friends of Thai Daughters, which, according to its web site, provides “education, safe shelter and emotional support to girls at risk of being trafficked in Northern Thailand.”

She is also planning on playing lots of golf, writing her memoir, and spending time on the beach in San Diego with her family.

She explained,  “Like Henry David Thoreau, I just want to go and suck the marrow out of life.”