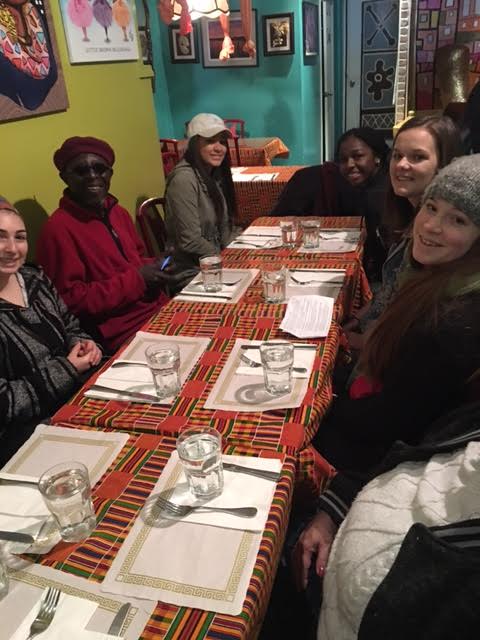 Traveling to a different continent and learning about the culture of the people who live there can have life-changing impacts that few high school students get the opportunity to experience.

The Sene-Gambian Scholars Exchange Club now offers the unique experience for ARHS students to travel to West Africa and to host its students in Amherst.

The club meets in Ms. Iverson’s room, 179, a few times a month. There are 16 members currently, but anyone is welcome to join  and can contact any of the club advisors in school or by school email.

“The school has had exchange programs before, but most of them go to Europe,” said Mr. Penniman. “This is the first exchange program that [has traveled to regions] outside of Europe or Central America. The students have also been prepared to talk about Africa in ways that other Americans are not.”

He said that any program that promotes cultural exchange is really a great learning experience. It’s not just about learning facts, but understanding different backgrounds. “It helps make the world a smaller place,” he said.

In particular, he suggested that Americans’ knowledge and understanding of Africa is lacking; they only pay attention if there is a famine or war going on.

“Most people treat Africa like one country but in fact there are 55 different countries,” said Mr. Penniman.

Last year, a student group traveled to Senegal and the Gambia. This year, Sene-Gambian Scholars will come to Amherst to visit in April. And in the spring of 2018, ARHS students will travel to West Africa.

“We want the students to know about the culture and the people. We are not just taking a bunch of tourists, but people who are truly scholars,” said Mr. Penniman. The first big cultural event this year in preparation for next year’s exchange was a trip to New York where the group went to the Brooklyn Museum and an authentic Senegalese restaurant.

Club meetings are geared towards educating members on the culture and language of Dakar, Senegal and Gunjur, Gambia.

“[Last year], we watched clips, read books, and learned about the geography of the area. We have learned some French, Mandinka, and Wolof,” said junior Leija Helling.

“The goal [of these meetings] was to gain awareness about common images of Africa versus the reality of what it actually is,” said Helling.

The students spent a total of three weeks in Africa in 2016.

The first week they stayed with host families in Dakar, Senegal where they attended a private French Catholic school that included grades from preschool to university.

“We got very close with those kids; we were already laughing and joking by the third day. There was much less of a cultural barrier with them,” said Helling.

The group took a bus to Gunjur, Gambia for the rest of the trip.

“Gunjur was strikingly different from anything I’d ever seen in my life. There was sand everywhere and only one main highway. The cultural barrier was enormous and we realized how much easier it was in Dakar,” said Helling.

“The program is really young,” said Helling, “but it was a great experience and I would definitely recommend it. The trip changed the way I see my place in the world. I was very humbled by seeing what life is like in other parts of the world.”

“In any kind of exchange like this it’s great when you do it once, but it takes a second time for it truly to become a program,” said Mr. Penniman. “We have tried to run this program in a way that enables people to go even if their families can’t afford it.”

The club does a number of fundraisers throughout the year including a book sale at Barnes and Noble, selling chocolate bars, and an African dinner organized by the club.

The members of Sene-Gambian Scholars will be hosting students from Senegal and the Gambia in the middle of April. “There’s nothing like spending time with people face to face to get the idea of what it’s like to be from another culture,” said Mr. Penniman.