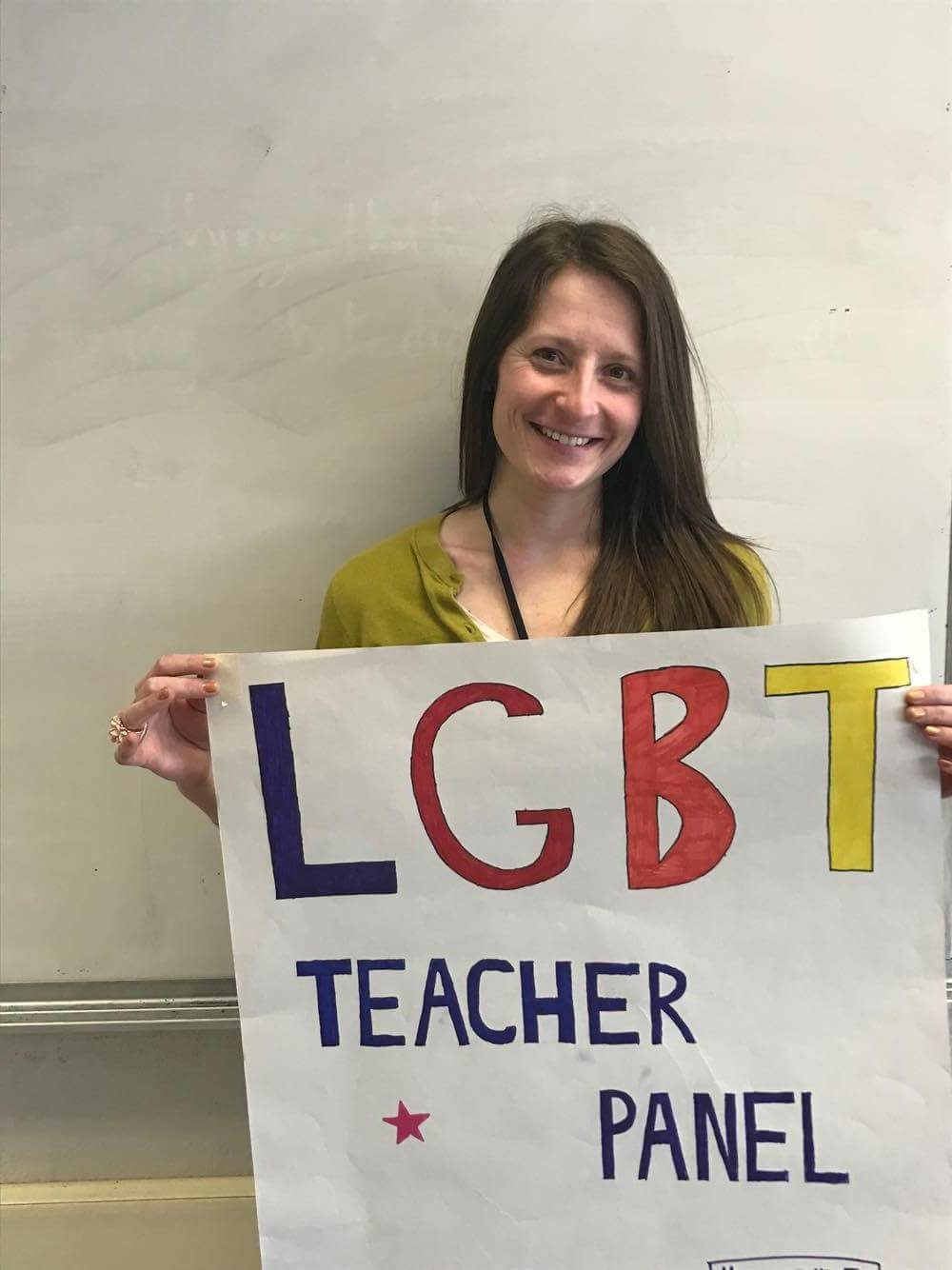 Ms. Seltzer is one of the advisers for SAGA.Photo: Megan Cave

After sponsoring a Transgender Awareness Week in March of 2015, ARHS’s Sexuality and Gender Alliance was ready for more.

This year, they hosted an LBGTQ+ Awareness Week aimed at helping students in community feel safe and included and educating their allies about how to celebrate and support them.

People who are a part of the LGBTQ community face discrimination and also a lack of support from family members, friends, and peers.

As a result, Ms. Pritchard was thrilled to help change that.

“LGBTQ+ Awareness Week was a success, and and so much fun to be a part of,” she said. “It is heartening  to work in a place where so many students and staff participated with such enthusiasm.”

She said she was “really honored to work with the SAGA students to help plan a teacher panel.”

The panel created a space for ARHS staff members to talk about changes to the legal and social landscape for LGBTQ people over the course of their lifetimes.

The week’s activities included  meetings with state representative Solomon Goldstein-Rose, the panel of six teachers, a dialogue-based discussion about misconceptions within the community, and a gender identity cookie-decorating day.

Additionally, in a school-wide advisory, videos about gender identity and sexuality terminology and were shown.

These videos prompted discussion among peers, and cleared up things that are commonly misunderstood or unknown.

Solomon Goldstein-Rose spoke about the importance of students feeling safe and expressing their identity freely.

He was heartened to see that the event was so well attended.

“I was glad so many students were interested in learning about the political process,” he said. “There are several bills being considered that would strengthen protections for LGBTQIA+ people in MA, and other related rights bills this year. I hope some of the students who attended will become involved with the process and use their voices to build support for relevant legislation in this state.”

Ms. Seltzer also said “students made the decision this year to change the name of GSA to SAGA (Sexuality and Gender Alliance) because it was “more inclusive to people in this community.”