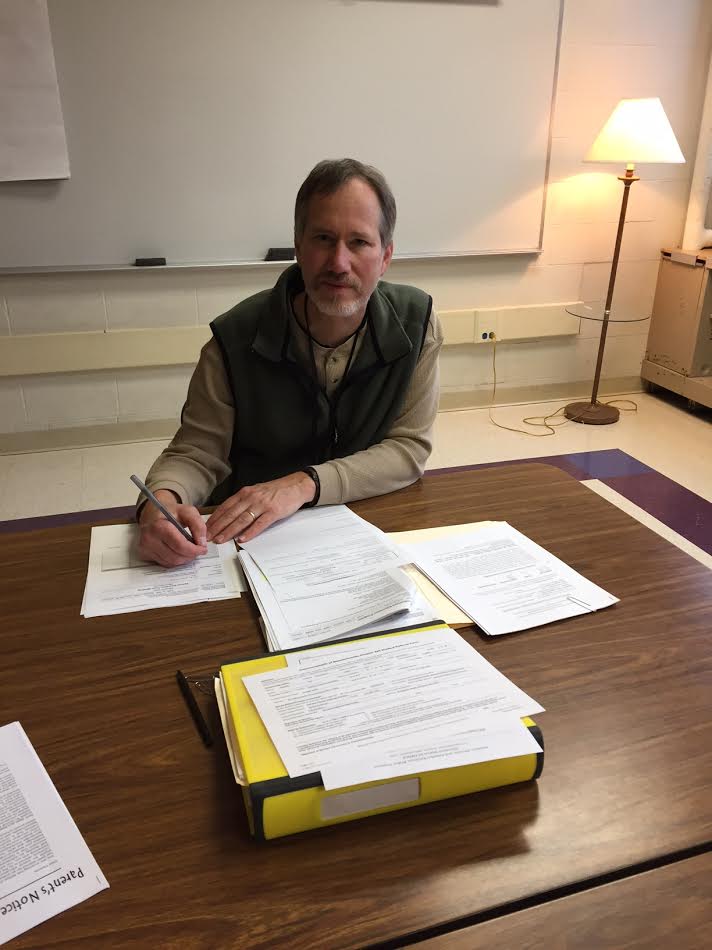 “Never think you’ve figured it all out. Always be open to continuing [your journey],” said new Education Team Leader Dan Anderson, 53, who was born in North Adams, Massachusetts.

When Mr. Anderson was young, he wanted to grow up to be a professional baseball player, but in college, he discovered his passion for special education. “I wanted to be a service provider for people with disabilities,” said Anderson.

In high school, Mr. Anderson played sports such as skiing, baseball, and soccer. In college, he became fond of studio arts and now is a student of Molly Cantor at Molly Cantor Pottery in Shelburne Falls.

During high school, Mr. Anderson also worked at Lily’s Music House, a record store in North Adams. While in college he studied for a year in London, and after graduating, he started working at The Camden Head, an English Pub, and later stayed to travel through Europe.

Anderson’s current hobbies consist of pottery and following the Boston sports teams. He also enjoys cooking for his wife and children. He also has a turtle named Peekaboo, and a new cat named Kingsley.

He is looking forward to retiring someday and being able to travel the world and “explore the unknown.”

Mr. Anderson said he has learned a lot in his life. “I’m proud of all the stops and roles my career has taken in special education,” he said. His other biggest accomplishment: surviving raising two teenagers!