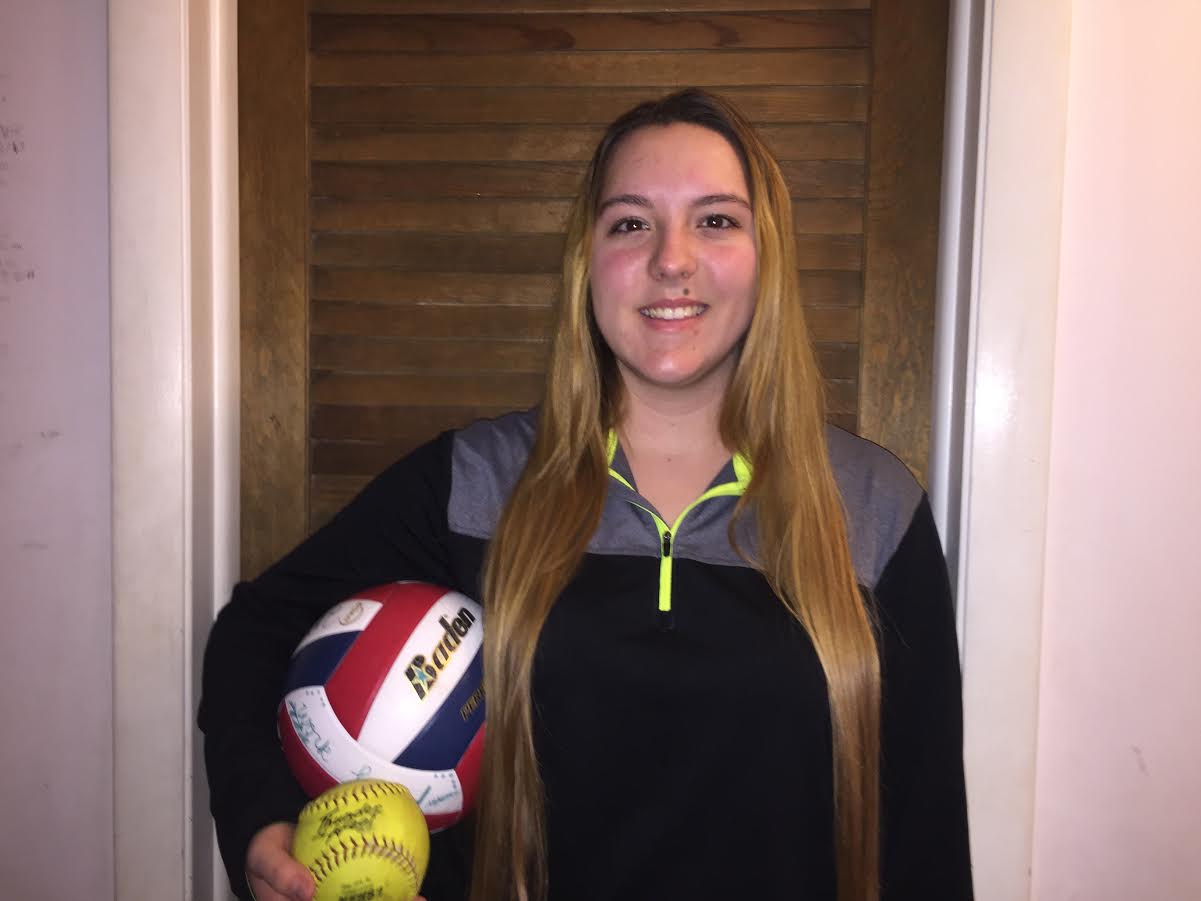 It is 30 minutes before game time and ARHS senior Egeria Koehn is sitting in the dugout eating a packet of skittles, throwing the green ones on the ground.

She has headphones in and is blasting rap music. Koehn is sitting alone, getting mentally prepared for the game. “Let’s go girls!” shouts the coach.

She rips out her earbuds, pops the last skittle in her mouth, and grabs her glove. Avoiding the foul lines, Koehn runs out onto the field to warm up, feeling prepared and ready to win.

Some of the most important things to an athlete are how well they do in practice or how well they play in a game, but there is one other aspect that for some athletes overpowers all of that: superstitions.

Every athlete has a different superstition, from eating a certain food on game day to wearing a piece of clothing, to doing the exact same routine before every game.

Wearing a certain piece of clothing can hold a lot of meaning. In baseball, “for some people, when they are batting really well, they don’t want to wash their jersey,” said senior Max Hopley.

Washing their jersey means washing away the good luck. Senior Thomas Perry said that in soccer, “shin guard straps aren’t necessary, but I have to wear them in order to win.”

For junior Adele Cousland it is important to do the same hair style for every volleyball and softball game.

“Before every game, I always braid my hair and put a ribbon in at the end,” she said.

After playing a sport for so many years, athletes automatically develop a routine that they believe cannot be broken.

“If I leave out a part of my routine it just leaves me feeling a little off,” explained Cousland.

For Koehn and Cousland listening to music is a must before every game. Senior Harry Wolff Landau, a member of the varsity soccer team, said, “I have to pee at least twice at the away game location. Right after we get off the bus and right after warmups.”

There are also little things that athletes always do during the game.

In baseball and softball, many players believe that it is bad luck to touch the foul lines when running onto the field.

Hopley said that if his team “hits a couple doubles, they have to stay in the exact same spot and can’t move.”

Additionally, when players are going up to the batter’s box, they often will swing the bat around and tap home plate with their bat a couple times.

For many of these athletes their superstitions and routines developed when they first started the sport.

“When I was little I noticed myself doing these things before a game and then doing well. When I didn’t do it, I would feel I didn’t do as well,” explained Koehn.

Cousland said that over the years she has taken on some of her teammates superstitions and made them her own.

At first Cousland thought the superstitions were fun, but she realized that they worked and help her play her best.

Besides having skills, self confidence is key to a good athlete.

“I feel that my superstitions make me perform better even though I know it is all in my head,” said Koehn.

Hopley said, “I do have routines that are superstitious, but at the same time they are also very helpful.

Doing the same thing helps me stay consistent, which is important.”

“I don’t know why I’m superstitious. I just know that what I do works for me,” said Perry.

Whether or not that underlying supernatural power actually exists, athletes continue to develop and believe in superstitions, because it can bring confidence and reassurance to them when they need it most.