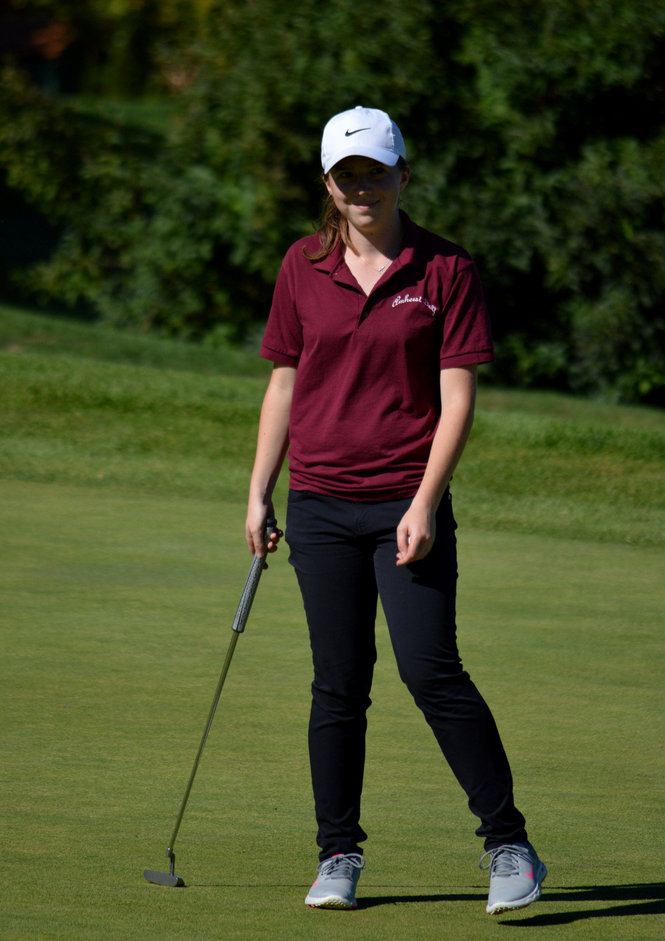 “We’re just a bunch of young savages,” said ARHS senior and golf team co-captain Stephen McCudden.  As one of three other seniors that play for the ARHS team,

McCudden was chosen to become co-captain because of his seniority and because he has worked hard enough to earn the title. The other captain and only female member of the core team, Anna Casagrande, has earned the title as captain for her performances in matches. “She is a well-rounded player,” said McCudden.

When it comes down to it, the golf team takes everyone who decides to join no matter the skill level, but only eight can play in one match, so the coach determines who goes, said senior Dani Miller-Grossman.

The players who have really stood out this season are Casagrande and senior Alex Cantor. “Anna is the only girl that goes to the match and [she is] impressive,” said Miller-Grossman. “Nothing fazes Alex. He is never out of the zone,” said McCudden.

Coach Carl Vigeland stepped in to replace last year’s coach Todd Cromack. He is still getting to know the team as whole. “I’m not worried about the future of the golf team, I’ve been involved in golf my whole adult life,” he said.

During practice, which takes place at Cherry Hill at 3 p.m., Mr.Vigeland works on basic skills with players. He often puts them in groups of three and they play nine holes. During this, Coach Vigeland and observe each group.

He also said he enjoys helping them improve “puts, chipping, sand shots and bunker shots as well as getting out trouble,” which means “keeping your cool and moving forward from a bad shot.”

“Every shot is different,” said Coach Vigeland. With all the practice, the group all hopes to qualify for Western Mass.

“My goal is that every single player works as a team, including team talking, rooting for their teammates after good shots and holes, and lifting their spirits after a bad match or hole,” he said Mr.Vigeland.

For the seniors, McCudden, Miller-Grossman, and Cantor, Coach Vigeland hopes they enjoy their last year of playing for the team and hopes they keep playing in the future.