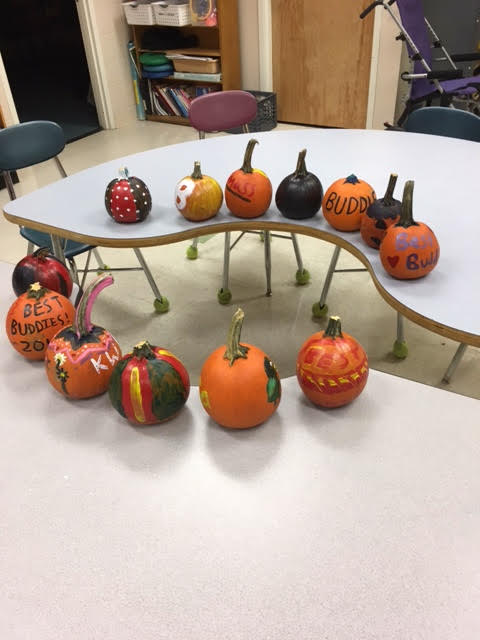 The Best Buddies club gained an amazing advisor this year with new teacher, Justin Hoffman, 37, who works in the Pathways to Independence Program (PIP) for students with Intellectual Developmental Disabilities.

Mr. Hoffman is thrilled with the new position and the opportunity to advise the club.

“Always hearing great things about the group made me interested [in advising it],” he said. “Being in this job, I’ve seen that students need help with social [skills] outside of this room. I just want to make a difference in their lives.”

One of the biggest goals Mr. Hoffman has for PIP is to get students to participate in fundraising for another charity.

One idea he has is the Hot Chocolate Run in Northampton, an event dedicated to a world free of domestic violence.

“You can choose to either run or walk the race,” he said. “And you’re given hot chocolate during the race and at the end.”

People also earn prizes based on how much money they raise.

Mr. Hoffman said that he has really enjoyed being around the students in the PIP. “It makes [me] feel good when [I] teach them something new and they get it,” he said.

Before Mr. Hoffman came to ARHS, he was a personal trainer and he coached college rugby.

Some activities he looks forward to engaging in with Best Buddies are pumpkin painting, watching movies, and formal dances.

During meetings he said, “[The club’s presidents] match each student up with a ‘best buddy’ so people can get to know each other.”

Mr. Hoffman wants the students to know that they have genuine friendships at ARHS outside of the PIP room. “It gets them out of their comfort zone [sometimes], but also makes them so happy,” he said.