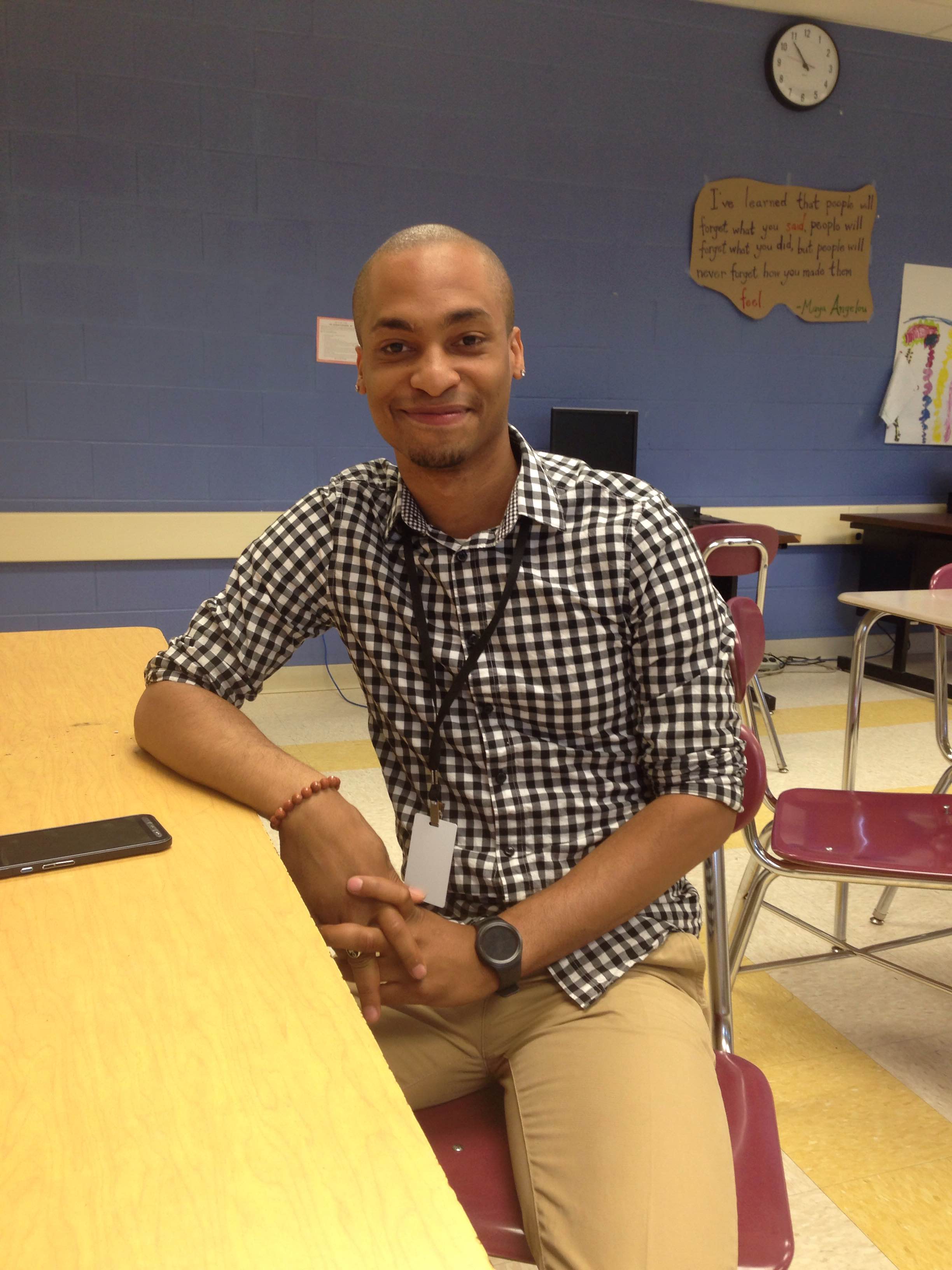 Kavern Lewis is running for sheriff in Hampshire county on a platform of rehabilitation and youth engagement.Photo: Jonathan Naughton

Kavern Lewis stands in the Academic Achievement Center at ARHS, wearing a black and white checkered shirt, helping students with their homework.

He looks like an ordinary substitute teacher, maybe a graduate student doing an internship.

But he’s doing something much more exciting than that. Mr. Lewis is the first openly gay black man to run for sheriff in Hampshire county.

The sheriff of a county is an important position. The sheriff runs the house of corrections, and deals with budgeting and political aspects of the town.

“The sheriff has more power over their county than the president has over the United States,” he laughs. “As a constitutional officer, a sheriff can ban federal offices and shut down police departments.”

Mr. Lewis grew up in Baltimore, Maryland with his mother and 10 siblings.  Mr. Lewis was abused as a child and often found his problems neglected by the police and other institutions.

This pattern continued until his stepfather James came into the picture.

James was a retired sheriff’s deputy who showed a disillusioned Kavern the upside of the police.

“I grew up not being fond of law enforcement. This was until my stepfather, James, showed me a different side,” he said.

“I had lost hope and trust in the law,” he said.

“The keepers of justice that I had heard so much about seemed not to be there. James demonstrated to me that while coverage of law enforcement tends to be regarding the apprehending of bad guys who have done bad things, the good guys doing good is a whole other dimension often under-appreciated.”

After coming out to his family as gay, though, they cut him off, and his personal life became difficult. “I was bullied, I was embarrassed, I was called a faggot,” he said.

Mr. Lewis was also the victim of several hate crimes.

If he is elected sheriff, he plans on creating an LGBT task force to investigate hate crimes and to make equal treatment a priority.

Mr. Lewis has been a police officer, an honorary sheriff’s deputy, a bodyguard, and an armed/unarmed security guard in Springfield, Massachusetts.

He previously worked as correctional officer and was also a sheriff’s deputy in South Carolina and Worcester county.

Mr. Lewis’s platform has a focus on rehabilitation rather than incarceration.  He plans on building a youth engagement program that will hopefully give troubled adolescents a second chance at contributing to society.

Mr. Lewis got the idea from his time spent in military school, but with more community involvement.

“I want to show them what law enforcement does, and hopefully kids can really learn to be adults,” Mr. Lewis said.

Mr. Lewis plans to build a rehabilitation center in a non-residential area that will be “on the forefront of fighting the opioid epidemic.”

Mr. Lewis has a personal connection to this issue because his brother is an addict and is in and out of jail. “The justice system doesn’t work. We have people who just keep going in and out of jail and they’re not getting any help,” he said.

His past opinions of law enforcement have also made him dedicated to an open police presence “as a resource for prevention rather than solely reaction.” Mr. Lewis said he is in support of bodycams and dashcams.

“Correctional officers need programs that support them. They have to deal with people who are violent, people who are rude. It’s very stressful,” he said.

Kavern Lewis is a candidate that wants to shake things up. The current sheriff is 78, and Lewis’s biggest competition is 68 year old Patrick J. Cahillane who wants to keep things much the same.

“I’m bringing new ideas,” Mr. Lewis said. “I want to focus on schools and community engagement. I don’t want cops to be feared like they are now.”