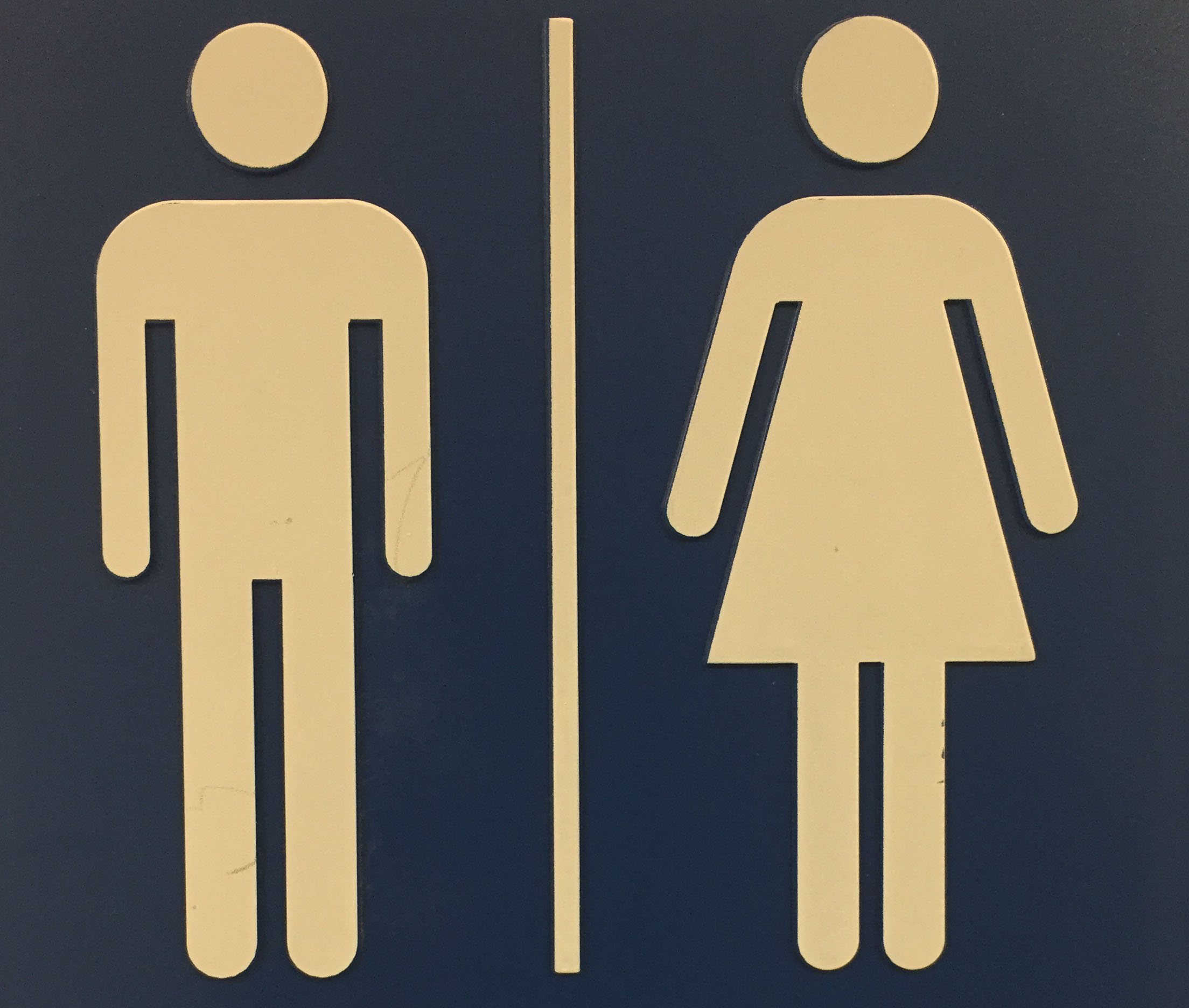 The sign outside of a gender-neutral bathroom in ARHSPhoto: Madison Flueckiger

HB 1523 passed the Mississippi House and Senate before heading to the governor’s desk. Bryant signed it into law in early April.

North Carolina held the title of being the first state in the country to regulate transgender people’s  use of public bathrooms based on the gender that is recorded on their birth certificate.

These laws seem to be taking the U.S. a step backward after all the gains that have been made, especially the Supreme Court decision to make gay marriage legal in all 50 states in June of 2015.

Senior Elende Connor said that she was “not surprised but deeply disturbed” to hear about the current events in North Carolina but especially in Mississippi.

Here in the Valley there is not much local news about hatred toward LGBTQ people happening, especially in law.

Senior Hannah Ackerman did not think Massachusetts residents would stand for discrimination against LGBT individuals in their state. “No, there would be so much public opposition to it,” she said.

In fact, though slow to come to this position, Massachusetts governor Charlie Baker suggested he would sign a transgender rights bill that is soon headed to his desk, partly due to pressure from constituents.

The broader implications of these laws are still unknown but they give a glimpse into similar reactions from other states that could be coming in the future.