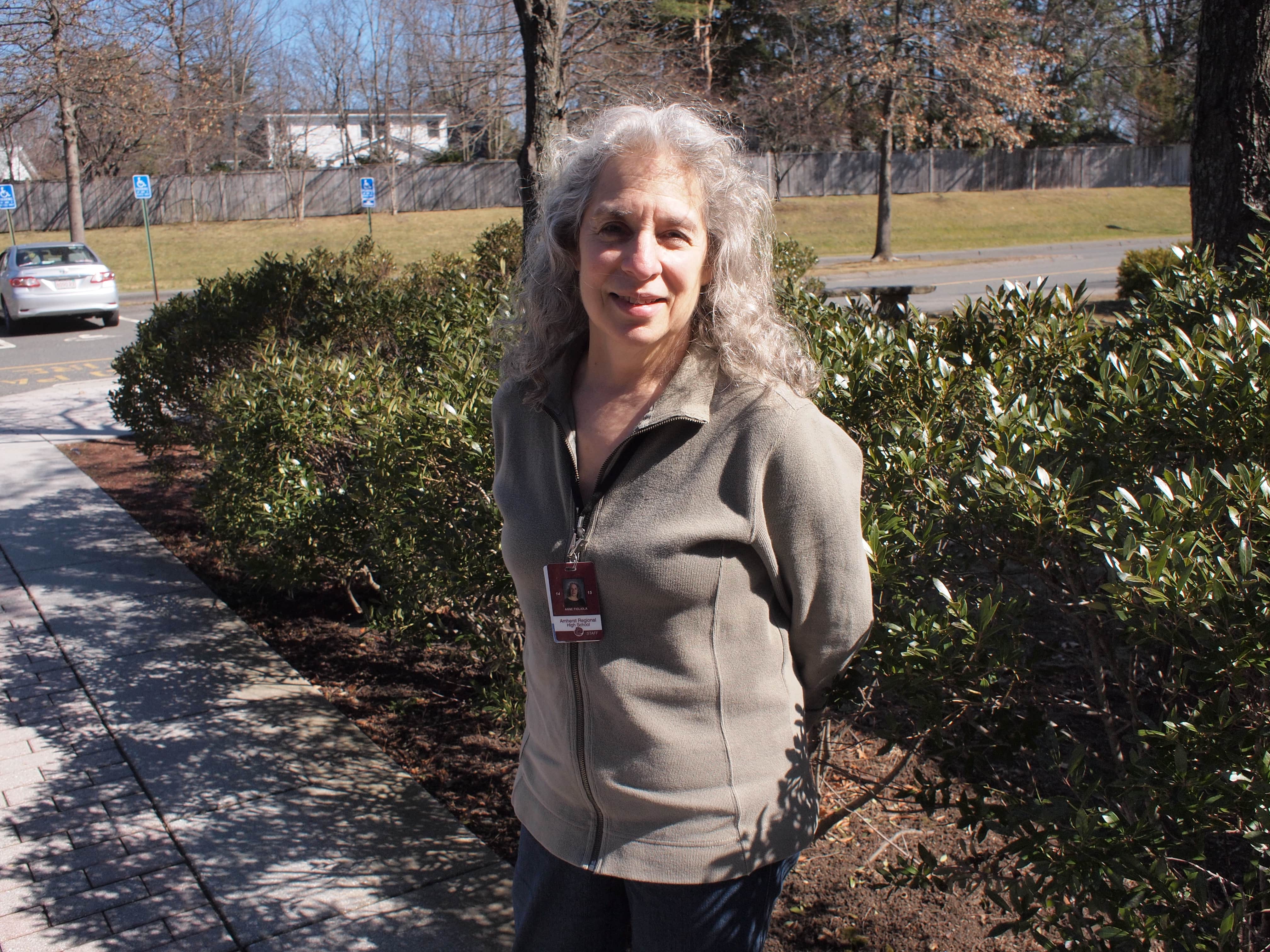 Getting to work in the morning can be hard enough for people who clock in at 9 a.m. But for students and teachers who need to be at ARHS by 7 or 7:30 a.m, mornings can be hectic. At ARHS, those who live close by or have built exercise into their morning routines have found that their commute is easier and more enjoyable. Meanwhile, those who live farther away sacrifice convenience for privacy and more remote hometowns.

For some, the morning is a way to energize and de-stress before the day ahead. One of these people is Annie Figliola, ARHS librarian and 25-year resident of Amherst, who walks to the high school every day, which takes a half hour. Figliola enjoys walking to school for many different reasons, one being that she arrives each day physically and mentally awake.

“There are no interruptions because it is so early in the morning,” Ms. Figliola said. “It’s nice to enjoy the weather and all the nature.” Walking to school saves money and improves one’s health, she mentioned. She also stated that more people should take advantage of Amherst’s wonderful, free public transportation system, which is her second choice if the weather does not hold up.

Another example of an energizing morning routine is that of junior Amalia Butler, who bikes to school for five minutes each day. Even those few minutes give Butler the chance to relax by herself before the day begins. Compared to Butler’s old house, which was at least  45 minutes away from her school, she said she loves living closer.

“The only downside is that I’m expected to walk or bike during the winter, when the weather’s really bad,” Butler said. Despite this, Butler enjoys being able to leave school at whatever time she wants after 2:20 p.m. and loves commuting to town and her driving school without a car.

It’s more difficult to wake up in the morning with a large commute ahead. English teacher Chris Herland lives 25 miles away in Ashfield. He had already been working at ARHS when he moved from Northampton to the hilltowns. “Everything is at least 30 minutes away,” Mr. Herland said. He admitted he has to drive himself, along with his two kids, different places, which  often takes a significant amount of time.

Despite the shortcomings of living far away from Amherst, there have been some advantages. “We had a small house and yard in Northampton,” Mr. Herland said. “Now, we live on a quiet dirt road and have a bigger house.” He also mentioned it has become easier to shop or go out to eat in Amherst, which is larger and has more stores than Ashfield, because he is already here.

Williamsburg resident and ARHS Spanish teacher Adriana Morehouse has been living 40 minutes away from her job since 1998. She drives with her daughter to and from school each day, a routine she used to do with her older daughter.  Ms. Morehouse lived locally before she moved to Williamsburg, but she likes her new town because it is more private.

Both Ms. Morehouse and Mr. Herland leave their homes at around 6:45, while many other teachers and students are able to wake up much later.