Absence makes the heart grow fonder: when siblings head off to college, how do those left behind hold down the fort? 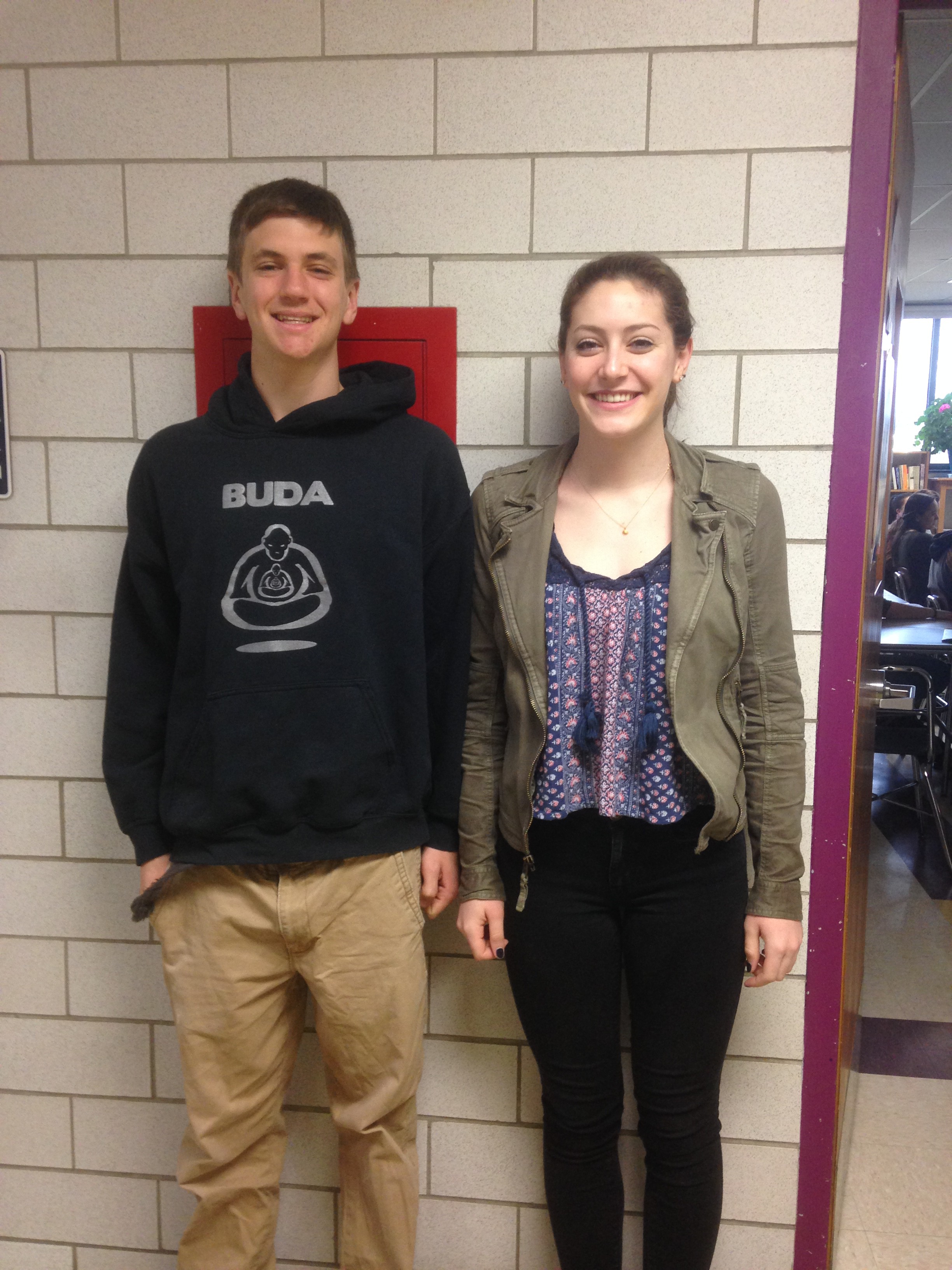 Jared Kannel and Sadie Logan both miss having their older, college-aged siblings at home.Photo: Emma Vanderleeden

When my sister Nicole left for Wesleyan University two years ago, my first reaction was excitement for her and all the great things she would experience at college.

However, soon afterward, I realized I felt like I had lost one of my best friends. I no longer had my sister to play tennis with, to talk to when I needed advice, or to help take my side when I disagreed with my parents.

Being at home became a lot quieter, and it felt weird waking up in the morning not sharing the bathroom with Nicole, and never seeing her sneaking into my room to steal my clothes.  My parents started to pay more attention to my whereabouts and my school work. I came home to an empty house every day. Everything felt a little off.

After a while, it was almost hard to remember what it was like when Nicole was home. This was my “new normal.”

But then she came back for break, and I suddenly remembered what I had been missing. The night she returned, we laid in her bed for hours, talking and laughing and showing each other pictures on our phones of what we had been up to the past couple months.

Talking to other students around ARHS, I have heard some different points of view about how people feel when their siblings leave. Some are similar to my story, but others experience it in a totally different way.

Luke Webb, a senior at ARHS, has a brother who is 21 years old and a freshman at Oberlin College.

When his brother, Jack, left for college, Luke said that his house became more boring, but on the other hand, it also became more peaceful.

Luke seems to be okay without his brother at home but he does miss some things about Jack.

“He imparted a little wisdom on me now and then, and I also miss hanging out in the bathroom with him,” said Luke.

Additionally, Luke sometimes wishes Jack would come back home because he owes Luke some money.

Sadie Logan, another senior at ARHS, is the sister of Lily Logan, who left for Lafayette College years ago. Sadie misses Lily a lot when she is gone, but she does get to see her every few months, which she said is nice.

Sadie mostly misses relaxing and watching TV shows with Lily, eating dinner with the whole family, hanging out on weekends, and going to swim practice together.

“It was more fun with Lil around,” said Sadie, “You never know what you’ve got until it’s gone.”

Jared Kannel, another senior at ARHS has two older brothers, Charlie and Ethan who attend Cornell and Brown University.

Without his brothers at home, Jared said, “It’s hard to get advice on high school that doesn’t come from older people. I have to wait for the few times we see each other to have those real talks.”

The dynamic between parents and their kids can shift significantly when one child leaves the house. Parents can start to channel all of their energy into the one child they have left, for better or for worse.

Sadie said when Lily left, her parents started paying a lot more attention to her and she enjoys this most of the time. Sadie also said it is nice to be cared about, and her mom now buys her food that she wants and takes her shopping.

Jared said he has experienced a change in his relationship with his parents that was pretty significant.

“Our relationship is a little strained now. Without any buffer between us, my parents and I often disagree about how I should live my life,” said Jared. “We’re definitely disagreeing a lot more now than before my brothers left, but I’m not completely sure if that’s because they left or because I’m in high school.”

Jared also said since his brothers left, it has been harder to get away with his “usual shenanigans.”

Another senior at ARHS, Gina Pryciak, has a sister Jessalyn who is 21 years old and is a junior at Cornell University. Gina said that her parents started focusing a lot more on her social and school life after Jessalyn left. “This can be pretty annoying sometimes, especially with school work,” she said.

Gina also said her parents seem to know more about her life now because she spends more time alone with them than she did when her sister was home. “Before, it was sort of a group relationship, and now it has become more personal,” said Gina.

Having one less person, or even two, in the home changes every day routines more than one would think. There can be more open rooms, it can become quieter, and there can be more access to certain things like cars or clothes.

Gina said after her sister left, she had more access to the car, she could take her sister’s clothes, and she could have friends over whenever she wanted.

“I don’t have to worry about being quiet or worry about someone eating all the cookies,” said Gina.

Sadie and Luke both experienced changes in access to cars and think this is a positive side to the departure of their siblings.

Sadie also noted that not having to share the bathroom is very nice and says she did not realize how annoying it was before to have to take turns showering.

Jared has taken advantage of the empty rooms his brothers have left and now uses the three rooms all to serve different purposes. “This allows me to spread out more instead of condensing everything I own into one small space,” he said.

He added, “From an entirely selfish point of view, it would be nice to have my brothers home but they’re doing some good work out there.”