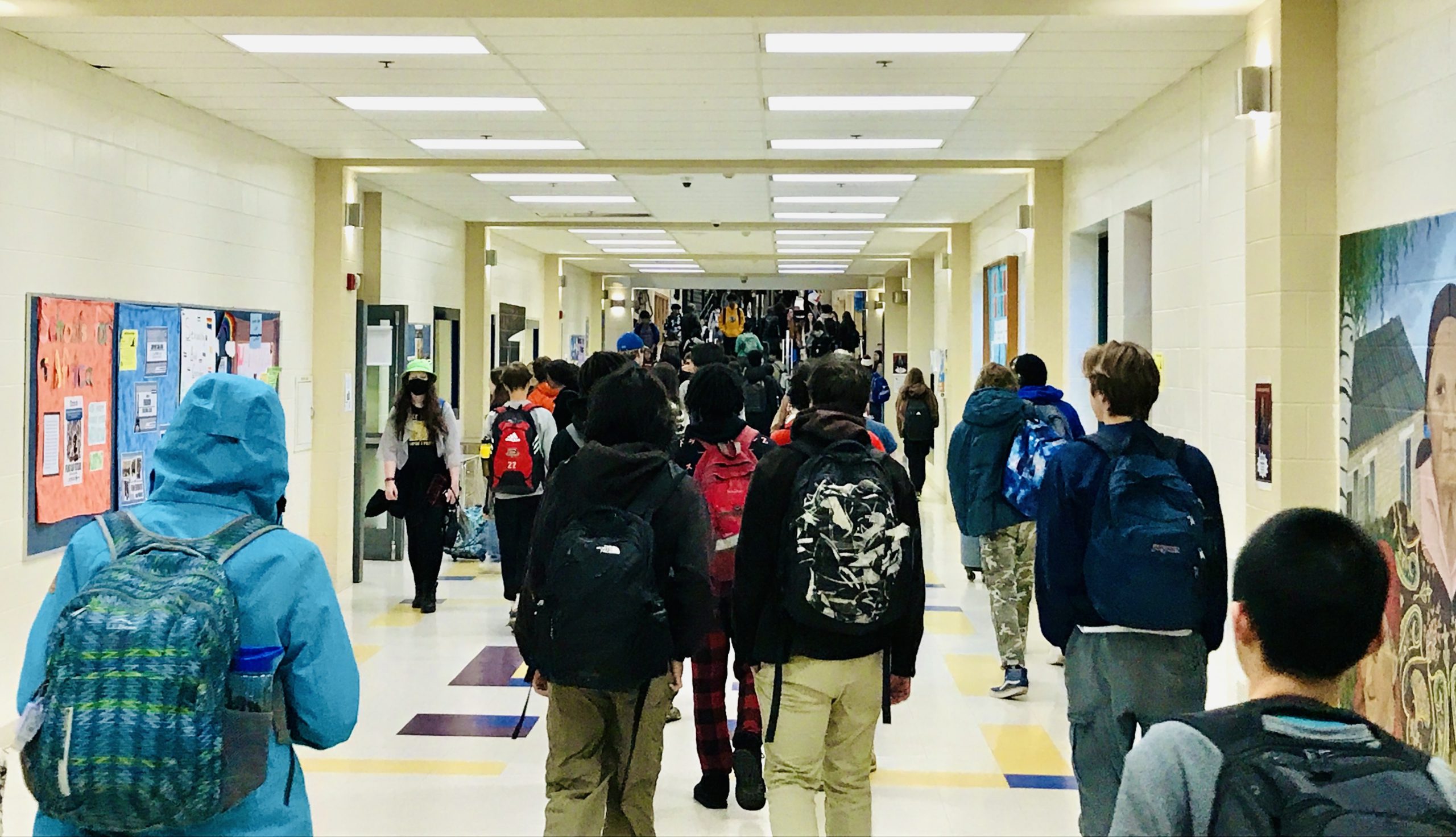 While many students said the halls feel safe, others reported feeling uneasy in bathrooms and staff members expressed concerns about unclear consequences for students who break school rules.

In November of 2022, over the course of three weeks, ARHS faculty and staff mentioned enough serious safety concerns to history teacher and union member James Elliott that he decided to type up a letter listing them. This letter was eventually shared with department heads, who later brought the concerns to the administration in a Teaching and Learning group they are a part of.

The letter began, “Safety is our concern. The current policies, procedures, and processes are not creating a safe learning environment for students or safe workplace for faculty and staff; we are asking for (and willing to collaborate in creating) clear, transparent policies, procedures, and processes that will ensure the physical and emotional safety for students and staff.”

The letter went on to list what teachers believe needs to be changed to make the school safer. The main concerns were that some doors and windows don’t lock, there aren’t always substitutes for classes when a teacher is out, Powerschool doesn’t accurately show where students are, students are leaving classes and the school grounds without permission, students are not eating lunch in “allotted areas,” and staff have been, on occasion, “physically threatened” and “verbally assaulted.”

Elliott has been a teacher at the school for 24 years and has grown to know almost everyone in the building. During an arson incident at ARHS in September, he put out a fire in the third floor bathroom, and after that, students and teachers began airing their concerns to him.

Elliott didn’t know where this was going to lead, but he knew that “this mattered,” and he decided to start compiling the concerns.“I had a bunch of people from across the building saying these things to me,” he said. “So I was trying to get a temperature check. Are people just complaining to me? Is it random? Or do a lot of people feel this way?”

He said his goal was never to write a “manifesto,” but instead to “bring awareness to safety concerns so that the school can do what they can” to increase feelings of safety among staff and students.

Principal Talib Sadiq said he is taking all of these issues raised very seriously. “I have been working on figuring out how to get a handle on all of the requests,” he said.

Sadiq also noted that schools around the state and the nation are experiencing similar situations. “I have talked to other principals and read articles about schools across the country—and around the world—that are dealing with similar concerns,” he said. “Sadly these concerns aren’t unique to Amherst.”

One specific action he is taking includes surveying staff via a spreadsheet of all security issues in their classrooms and putting in work orders to address them one by one, making sure all windows and doors can be secured.

He also sent out emails to families to see if anyone would be interested in volunteering as hall or bathroom monitors. By the time two people responded, Sadiq decided to encourage them instead to register as substitutes for the school, which is a higher need.

ARHS also recently hired a paraeducator named Will Chapman to assist the dean and hall monitors in keeping a closer eye on hallways and bathrooms.

However, the letter indicated that the consequences for violating school policies or protocols need to be clarified, too. ”PA announcements reminding students of the rules are not resulting in the desired outcomes,” it reads. “There is little to no incentive for students to follow the expectations or for faculty/staff to enforce the expectations or report/record incidents where expectations are not being met.”

The letter added, “The attendance policy [also] has major gaps in it” and “the process for filling coverage for class is inefficient and fails often.”

Students surveyed via a Google Form about safety concerns echoed the need for changes while some also expressed that the school, on the whole, still feels relatively safe.

Half of the respondents said the bathrooms were a concern, both during classes and at lunch. One person noted, “It gets annoying when there are people in each stall who aren’t actually using the bathroom.”

Another said, “someone once grabbed my legs while I was going to the bathroom.”

However, other students said that though the bathrooms can get crowded, they generally feel “safe.”

A number of students also reported the halls are “fine,” “safe,” or “good,” though they can “get busy at times.”

One transgender student mentioned that access to all-gender bathrooms has been a problem. “There aren’t a lot of gender-neutral bathrooms throughout the school,” they said, and “the bathrooms [that do exist] are sometimes occupied by more than one person vaping or doing other questionable things,” or they are locked by school staff.

A few students mentioned that the fighting that happens around the school is worrisome. “The fighting is now just concealed in bathrooms instead of the halls,” wrote one student.

As for when there is no substitute in a classroom, students said it was a rare situation, and if it happened, their class was often quickly diverted to the library. If they were not discovered to be without a sub, another said, “the class never got out of hand because my classes respect and trust our teachers,” and students did “what they would do with a teacher there, after taking for a few minutes.”

Sadiq said that when students return from break and into the start of the second semester, “we will be seeing some changes.” This includes hall monitors not only asking where people are going and making sure that they have a pass, but carrying clipboards to log the names of students who continue to be out of bounds. He also said crowds in the bathroom “will start to be broken up.”

Sadiq said, “When adults go into the bathroom and see students in there, they’re going to take names. Students will eventually start to get searched if they’re just in the bathroom with a bunch of other students.”

Additionally, the school has invested in vape detectors for all the bathrooms, which will alert the administration to where vaping of nicotine or marijuana is happening.

Sadiq agrees that “what the school is currently doing isn’t getting the desired outcome at the moment.” Although he wants things to start changing when we return in January, he acknowledged that things can ‘take a little longer.” One issue he said, is that when new things crop up, “attention has to be shifted to the immediate concern.”

Sadiq is hoping for a positive outcome from implementing new rules and enforcing old ones. “Most students don’t want to go into the bathroom and see a whole bunch of students in there hanging out, eating, vaping, or fighting. No one wants to go to the bathroom with a crowd of people,” Sadiq said.

He also said “some people aren’t going to like the [new] changes,” because some students will end up with consequences. “They’re going to have to shift the way they operate in school,” he said.