Students and staff weigh in on lifting the mask mandate 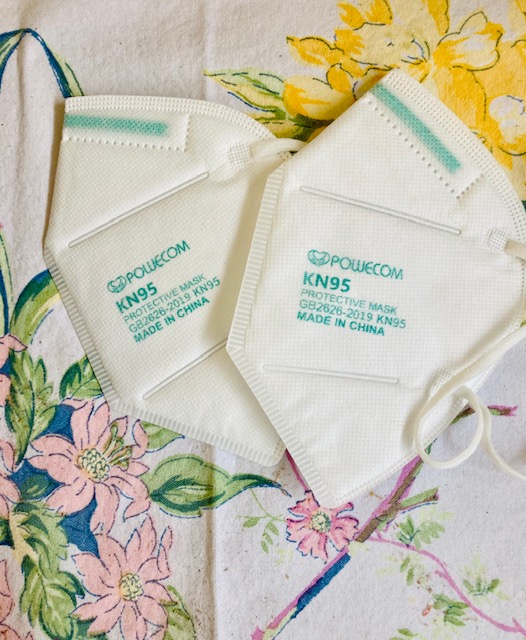 Some are keeping the masks and others are kissing them goodbye.

On February 9, Massachusetts Governor Charlie Baker announced that he would lift the school mask mandate, effective February 28. Massachusetts commissioner of education Jeffrey Riley said, “While masking is no longer a statewide requirement, we ask all school leaders and students to make sure they respect all individual choices around mask-wearing.”

Schools in Western Mass rolled out lifting their mask mandates, with Hampshire Regional High School starting it up on March 8 and Easthampton following on March 9.

On Thursday, March 10, the Amherst Board of Health unanimously voted to lift the in-school mask mandate, which would become effective on the following Monday, in response to an 88% vaccination rate, and low, declining case counts. Masks are still required in school in the nurse’s office and five days after having COVID-19.

It has been a couple of weeks since the mask mandate was lifted, and nurse Robbin Suprenant stated that she hadn’t seen an increase in cases. “Additionally, we are still doing pool testing, and taking home tests. Anecdotally we are still seeing the same amount of people pool testing,” she said.

I spoke to members of the Amherst Regional High School community to see how they felt about the mask mandate ending and what their masking protocols were.

People have many reasons for keeping their masks on. Kristen Ripley, an art teacher, said that she has continued to mask up despite the lifting of the mask mandate to protect her family. “My daughter is still 4, and she isn’t vaccinated yet because she isn’t old enough. I am keeping my mask on in an abundance of caution,” Ripley said.

She said she feels fine about the end of the mandate because she has two air purifiers in her classroom and is wearing a KN95.

“I choose to keep my mask on because I want to keep my family members safe. I understand that with the vaccine, I won’t get super sick if I get COVID, but I don’t want to be sick right now,” she said.

Some community members felt that the pattern of COVID cases shows that there will be a surge soon and that the mask mandate was premature.

Alex Lariviere, an Algebra, Pre-Calculus, and BC Calculus teacher said he feels that “societally, we are falling into the same thing that we fell into last summer.”

“I’d rather keep wearing my mask for a couple of weeks and see where it goes than just take it off because it is starting to look good rather than have everything come crashing down,” he added.

For some people, wearing a mask made them feel like they were concealing a part of their personality. Freshman Freya Brody said she was excited to take off her mask so that people could see her lipstick. “Before COVID I used to wear lipstick everyday and then I had to put on a mask and I couldn’t wear lipstick,” she said. “Based on the way that I dress I love pairing lipstick with my dress.”

Chris Gould, a social studies teacher, chooses not to wear a mask because he feels that the virus is no longer harmful to himself and that it is now up to individual choice. “I feel like the virus has subsided to the point where if we are going to get the virus, it is not a harmful thing for most people,” he said, “I am pretty sure that societally, I am not infringing on anyone’s rights when I don’t wear a mask.”

The People In Between

Some people choose to wear a mask in one situation but not in another. Julian Camera, a sophomore, wears his mask “in the hallways” and “in some of my classes.”

Since he is a sophomore, he did not have the chance to see some of his peers’ full faces in high school until now. “I wanted to try no masks, since I have been wearing a mask for so long,” he said, “but I didn’t want to [go maskless all the time] because that isn’t as safe as I want to be.”

Junior Anya Khashu chooses not to wear her mask when with her friends. “I like to talk to my friends after school,” she said. “I am hanging out with these people at my house anyway, so I see no problem with being maskless in school around them.”

Evan Mahnken, a Chemistry teacher, said that some activities are challenging with a mask. “Lecturing with a mask on is tough. When wearing a mask isn’t an inconvenience, I wear it,” said Mahnken.

Gould also agreed with Mahnken.“It’s hard to hear students, and have them hear me when I am wearing a mask,” said Gould.

Most students are following what their friends’ mask habits are. Anna Gilsdorf, a junior, always wears one.  “Sixty percent of my friends are masked because they are all liberal snowflakes,” she joked.

As the pandemic continues to evolve, Lariviere and Gibson agreed on one thing about masking: it’s important to respect people’s different choices.