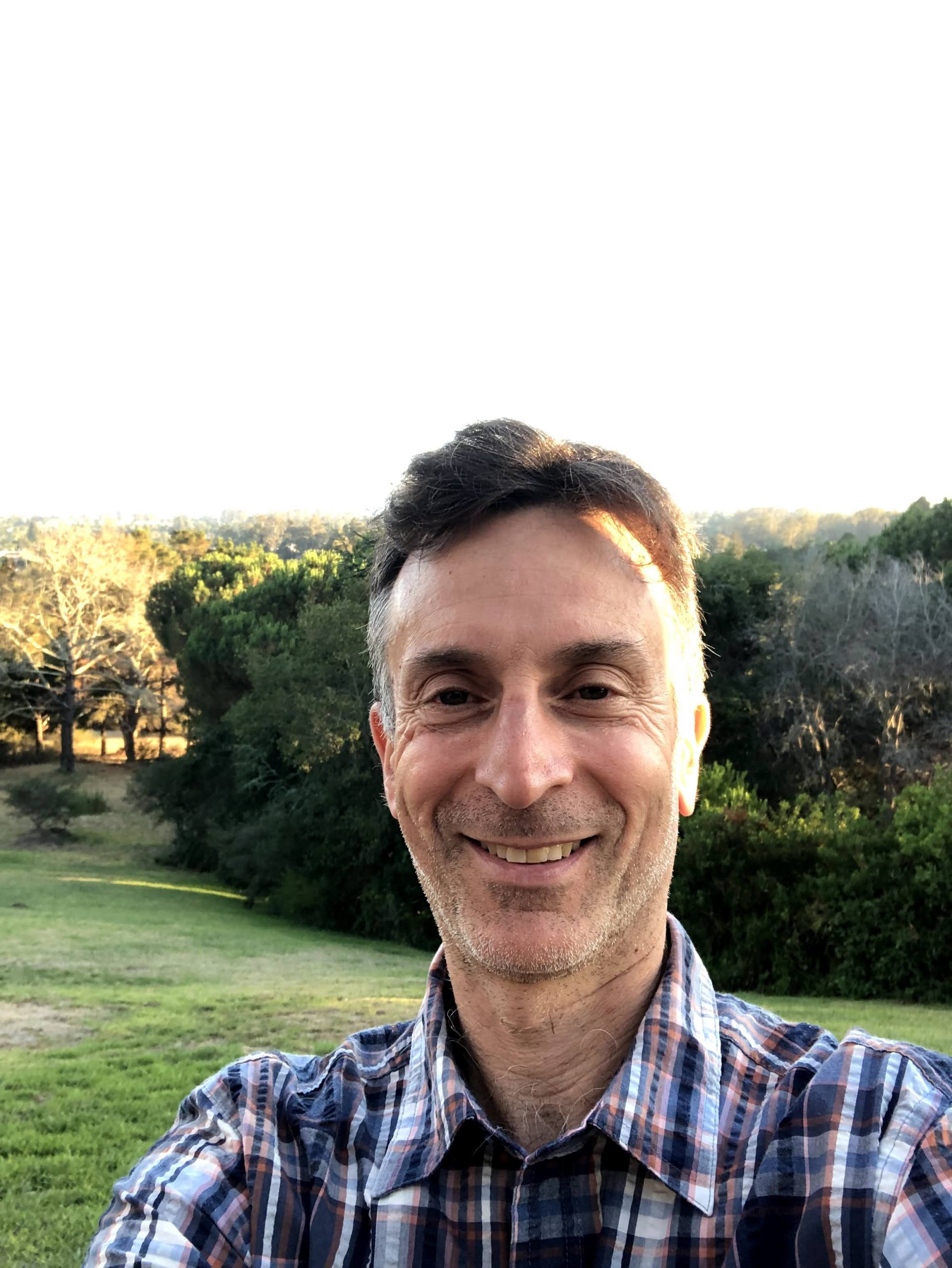 Professor Ash loves his job because he has the ability 'to help people.'

Michael Ash, 52, is a UMass Professor of Economics and Public Policy, but he’s also a father of two, an avid runner, and he is great at Sudoku. His work consists of doing research and teaching UMass students. He loves his job because he feels like he has the opportunity “to help people” in every aspect of his work. I visited him to ask questions about his personal and professional experiences throughout the pandemic, and he walked me through how his life had changed over the last few years.

MA: The great thing about being a professor is that no day is typical. Every day is an adventure. My job isn’t just one thing, it’s a mixture of three parts. The first part is teaching;  I teach for 75 minutes twice a week, and I teach both students with no background in economics, and students who already have a degree. The second part is research. There, the aim is to produce new knowledge that is, hopefully, useful to the public. Most of my research is in the area of environmental justice and toxics exposure, so I’m interested in companies that produce toxins and who is exposed and to how much. Thinking particularly in the dimension of justice, are poorer people more exposed? Are people of color? Are people who are in excluded social categories more exposed? That’s my research. The last piece I do is called faculty responsibility. Universities operate under what’s called faculty governance. It’s a little bit interesting, because on the one hand, we are teachers and researchers, but on the other hand, we are also running the university. We make decisions about things like who we hire, what classes to offer at what times, or even what majors should be offered.

OS: Between these three pillars, that your work revolves around, do you have one that you prefer to do?

MA: Well, I love teaching and I love research. With research, there’s a click; it’s like something no one’s ever done before and you study it and the computer spits out the printout or you find the critical pathogen in a document. That’s a great feeling.

OS: Do you feel like the type of work you prefer has shifted since the start of the pandemic?

MA: Yeah, most notably, for me, the research kind of goes on a lot because my research is quantitative. A lot of the datasets continue to be available, so I have not had a big impact on my research, which is lucky.

Teaching has changed a lot. There have been three main phases so far. There was the initial shock of the school closing going remote on short notice in spring 2020. That was very chaotic, and it was very hard for students. To have that rapidly broken up by going remote was very difficult, and we just barely pulled ourselves together. I was the undergraduate program director for economics when the pandemic started, so in addition to taking my own classes remote, I also helped a lot of colleagues with tips and tricks, you know, how do you use Zoom? How do you prevent Zoom-bombing? What are some ways to engage students in a setting where you’re not seeing them face to face?

The second phase was the entire 2020 2021 school year. UMass at, that point, was in planned remoteness for that school year. We had a little more time to get ready, it wasn’t quite the sort of fire alarm that we had in spring 2020, but it was still pretty challenging, and so we had to rewrite many of our classes. We had to make the classes make sense to students in a remote setting. This was experimental. None of us were trained to work in that mode. I think people who had some experience teaching online courses already were in slightly better shape. For many people, it was a very jarring change in changing media. Some things worked better than others.

I’ll talk about a tool that I learned to like very much. Perusal is describing itself as what they call social reading. It allows the teacher to present texts to the students, and students while reading can highlight and comment directly on the text and other students see their highlights and comments to get involved in conversation right there on top of the text. So, if you wanted me to name one technology that actually was an improvement in the COVID era, I would point to that.

This year was the third phase. And this year, we were back in the classroom, but masked. I found that very difficult,  to be honest. It’s very difficult to read emotions or to understand where people are at. Proximity turns out to be important in the classroom. I like saying, “Put our desks together, let’s whip out a spreadsheet and work on that.” It’s much more difficult now to huddle over something. By the end of last academic year, in spring of 2021, I could tell students were very heavily burned out. It looks as if we’ll probably have another semester that looks rather like that. Yeah, most likely, especially with the spike right now. Well, I guess worst-case scenario, we might end up remote.

OS: You mentioned zoom bombing? Did you personally have any experiences with that?

MA: I did. I was an early victim of Zoom-bombing. Fortunately, my Zoom bombing was strictly text in the chat. And I realized what was going on pretty quickly, a person was using racist language in the chat, but I knew who it was and kicked him from the meeting. That was pretty bad, someone getting into Zoom and sending racial epithets and foul language. I had colleagues who had really poor experiences, where people would take over the screen and would put, you know, vulgar pictures up and things like that. Two or three weeks in, we made sure that students had to be signed in with the UMass ID to get access to the lecture. Most students don’t want to [do anything like that] once they’re signed in.

OS: Outside of struggling with finding new ways to teach students, what were some other ways that you struggled in the pandemic, personally?

MA: Yeah, the isolation from colleagues. One of the real pleasures of being a professor is having colleagues that you bump into in the hallway, and you share ideas. I live very close, only a couple hundred meters from my office. I would go in occasionally but it was like a ghost town. It was like one of those science fiction episodes, one of the Star Trek episodes where Captain Kirk is on the Enterprise, but it’s completely empty, thinking where’s everyone gone?

OS: Are there things that this pandemic has made you grateful for?

MA: Yeah, the security, the economic and health security that we had during the pandemic period was really a reminder of how vulnerable and precarious the situation is. I was frequently grateful to know that I had a degree of economic security and safety. That’s also why I love being a professor. I just really enjoy teaching and research. I like the social aspects of the work, I like the creative aspects of work, and also the notion that I’m teaching, helping students move towards their own goals. I’m also active in faculty governance, in the Faculty Union, which is called the Massachusetts Society of professors and librarians. It’s a Labor Union, and it happens to represent us. The faculty union is one of the key institutions that makes possible our sort of control over our working environment, and our health and economic security. So I would be remiss not to not give a shout-out to my union sisters and brothers.

OS: Outside of work, what are your hobbies?

MA: I just started learning Morse code; I’m an avid runner, I like hiking, cross country skiing, and a lot of outdoor activities. I definitely enjoy going outside. I do an enormous amount of reading. I like to travel a lot.

OS: Do you feel like your mental or physical health has improved or declined or the pandemic?

MA: Yeah, so I’d say my physical health probably improved. I was able to exercise very regularly, I had pretty good eating habits, and we did a lot of cooking at home instead of going out. I think we tend to eat more healthfully when we cook at home, so we eat very healthy foods, and get quite a lot of exercise. Mental health, it’s a little harder to say, you know, I think that social contact keeps you sharp, and it’s difficult when you have less social contact, to sort of keep up the flow of ideas. Knock on wood, I did not see significant decay. I definitely found myself craving intellectual engagement. During the COVID period, one of the few regular concessions I made to the risk of congregating in public was my continued participation in the weekly runs of my running group, the Shutesbury Coffee Cake Club. In retrospect, it seems that outdoor activity, even in groups, is pretty safe, but that was less clear in the early phases of COVID. But I can’t overstate the importance of this activity in keeping me happy and healthy in mind and body. I owe that to the Shutesbury Coffee Cake Club.

OS: Are there any other things or people that you feel helped you get through the pandemic?

MA: For the record, our older child was home from college after the initial shutdown in March of 2020, and that was a fairly jarring transition. The four of us basically were in complete isolation for about a year, and I think that we got along under those circumstances very well. I’m very grateful for that. We did a lot of reading, we played some games, and watched movies. We watched a Colombian soap opera called La Reina Del Flow. We watched about 80 episodes and my Spanish definitely improved. It was a very nice family ritual. I was also fortunate to have my father and my stepmother live in the town of Amherst. They’ve been here for about four years, and although we maintain very strict COVID protocols, I would walk with my dad almost every day for the first year of the pandemic. I have many colleagues who I would speak with on the phone and occasionally go walking with sometimes in Amethyst Brook or other nice settings in town. I also have a handful of friends who outfitted garages or backyard braziers or a wood stove so we could gather around it and for all of those I’m grateful.