Puul: what everyone is really doing in the bathroom 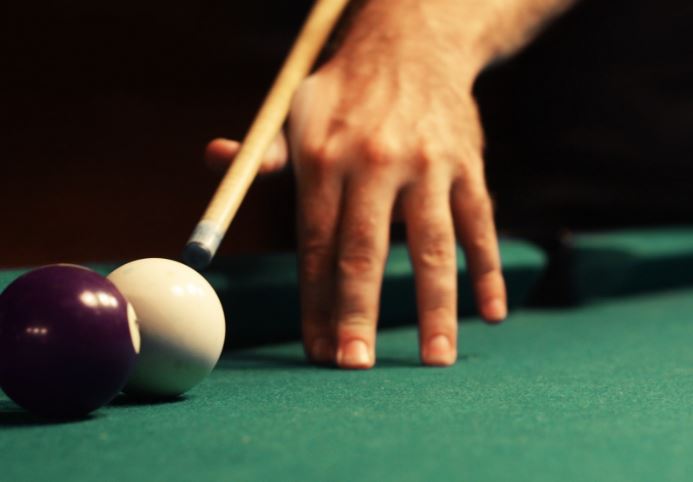 This mantra has become standard in the bathrooms at ARHS. Every day, students cut class to feed their new habit. Teachers have reported concerns that some of their students are almost never present in class, and they are worried for teens’ health. And with increasing numbers of bathrooms closed due to vandalism, the facilities are getting congested.

“I couldn’t even get to the urinals today without shoving my way through like, five cues,” an anonymous sophomore reported. “How do they even get that many pool tables in here?”

The PUULers have become such an ingrained part of the school culture that even the who-put-toilets-in-the-billiards-room joke has faded under the constant sound of sticks striking cue balls.

One pressing concern, health experts say, is safety. The FDA published a report in late 2018 citing “addiction, unsanitary cue-sharing, and lack of information on possible side effects” as red flags, though the PUUL craze is so recent that no conclusive studies have been published yet.

An anonymous junior, whom I’ll call Rudolph, weighed in. “Yeah I’m addicted,” he said. “But, like, everyone’s addicted to something. This is way healthier than smoking cigarettes. I’m not going to get lung cancer from hitting the billiards every once in a while.”

But after a rash of PUUL-related illnesses and deaths, authorities are rushing to slow the spread of PUUL-mania. Massachusetts recently banned the sale of all PUUL-related tables, cues, and balls.

“They really missed that shot,” says Rudolph. “Pun intended. You can’t cut off fiends and just expect everything to go away. I’ve seen some of my friends already turn to ping-pong, or even badminton, and that sh** will f*** you up. And, like, I can just go up to New Hampshire if I need a new chalk kit.” There certainly seems to be no ebb in the tide of PUULers swamping the bathrooms.

Rudolph also expressed resentment at the demonization of the PUUL community. “They make us out to be these brainless delinquents, just wasting our time to get away from real life. It’s not just that. A few months ago my mom took away my eight ball, and I was going through serious withdrawal. My hands were shaking, just itching to pick up a cue and get some sweet topspin. My buddy noticed I was down and offered me his own eight, without hesitating. I mean, how many communities could you expect that from?”

History books will decide whether these players are aficionados or junkies, whether their hours of practice were hours wasted or hours invested.

But for now, those tables aren’t going anywhere, and you better get used to hearing “No scratch, no scratch!” whenever you need to answer nature’s call.