Students for a Free Tibet Club 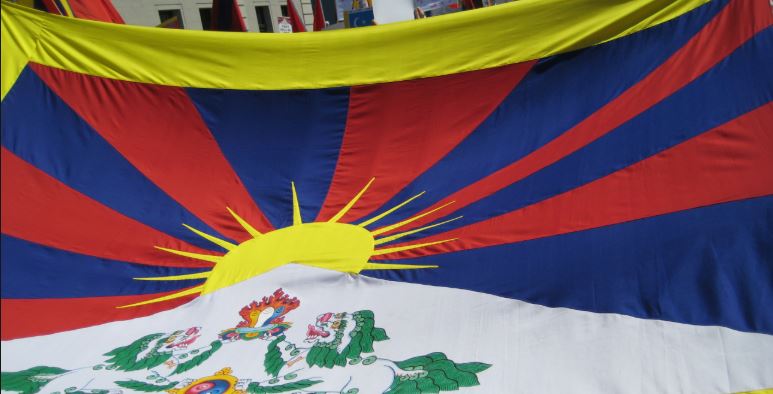 The Buddhist mountainous region of Tibet has been governed by Communist China since 1959, after a failed uprising to gain its independence. Since then, many activists and dissidents have been arrested, tortured, or exiled for pursuit of an independent state and the preservation of Tibetan culture.

In the past 50 years, more than a million Tibetans have been killed. China has moved many Chinese people into Tibet, so that Tibetans are now a minority in their homeland. Chinese has become Tibet’s official language; only one out of every 20 monks is permitted to practice; and more than 6,000 monasteries have been destroyed.

Although the distance between ARHS and Tibet is over 7,000 miles, ARHS student members of the club Students for a Free Tibet are looking to raise awareness and generate support for stopping the atrocities occurring in Tibet. These students hope to aid the Tibetan people by raising money to send to the national organization Students for a Free Tibet.

This year, the students that make up the club are primarily seniors and juniors. Zach Riley, one of the club’s co-presidents said, “We’re always welcoming of new people. Anyone can join.”

“Mr. Jean helped us prepare the dumplings,” said Riley, but “Sears is cool too. We all like Sears.”

The club now meets in Mr. Sears room every other Tuesday.

SFFT raises money by having bake sales after school where they sell Tibetan dumplings called momos. In previous years, the members made dumplings at a member’s house or in the Culinary Arts room, but after the closure of that program, they began a partnership with a local Tibetan restaurant called Momo’s in downtown Amherst.

“They prepare the momos,” said Riley, “and the [might be] be even better than the momos we served before.”

The club also plans to create shirts with the Momo’s logo and a design to represent the club. “We’ll be promoting them and we’ll be donating to Students for a Free Tibet,” Riley said.

The majority of the money that the club raises goes to the national organization.

In addition to fundraising, the club’s partnership with Momo’s links them to Tibetans in our community. “It’s great to learn about the stuff we learn in the club from real people,” said Riley. “The oppression China has implemented on the Tibetan region isn’t just something we’re reading about.”

Club members have a different agenda at every meeting.

“We normally read an article about Tibetan events and Chinese policy and we’ll discuss it,” said Riley. The rest of the time is spent on organization, fundraising, and t-shirt design.

The club members also meet at Momo’s for lunch outside of school. “It’s a fun group of people,” Riley said.