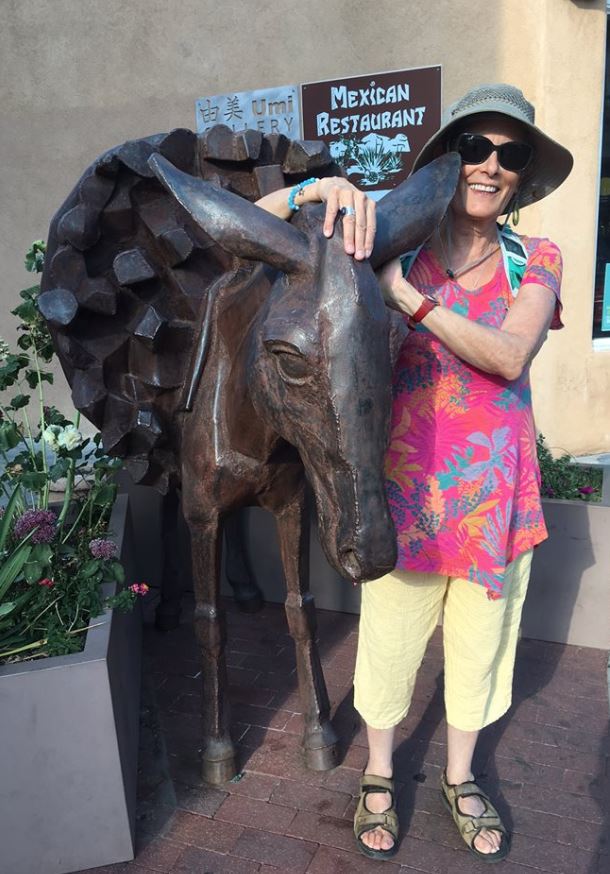 Ellen Reich, an ARHS English teacher for close to 20 years and an ARPS teacher for 23 years, is retiring at the end of the 2017-2018 school year.
Over her career, she taught Tenth Grade Literature, Writing, and Public Speaking, Renaissance and Modern Literature and Philosophy, Women in Literature, American Literature and Society, Expository Writing, and Creative Writing.
Ms. Reich was a dedicated, caring, and engaged teacher who loved when students wrote, directed, and acted out scenes from plays like “Othello” or “Fences.”
English teacher Keith McFarland described her as “always passionate about her teaching and always able to bring outside sources into the classroom.”
She was known for having her tenth grade students write scripts based on children’s stories to practice writing and acting and she had them perform them for the students in the ARHS preschool.
According to Ms. Reich, her favorite classes to teach were Renaissance and Modern Literature and Philosophy because of the “open, honest, and sometimes funny way kids shared their ideas in the classroom.”
Ms. Reich was also the faculty advisor for The Minks, the official literary magazine of ARHS.
“She was really kind and invested in The Minks,” said senior Fiona Warnick. “She always brought us snacks.”
She brought a number of visiting artists and writers to ARHS, including performance poet Tantra Zawadi and musician Tony Vacca, who worked individually with various departments and performed in an all-school assembly.
She set up a symposium for local authors to share their expertise with students, and brought in actors several times from Serious Play Theater Ensemble to work with students on embodying Shakespeare’s words.
She also attended several workshops at Bard College, about unusual ways to bring literature to students, and developed and implemented a summer writing curriculum for The Center for Talented Youth through Johns Hopkins University, where she taught Creative Writing to rising fifth and sixth graders over the summer.
Before she got her English Language and Literature degree from Smith College, she worked as a Montessori teacher, and though her teaching career at ARHS has ended, she “still wants to be involved in education.”
Ms. Reich said she’ll be volunteering with Professor Stavans this year at the Hampshire Correctional Facility in his course “Shakespeare in Prison.”