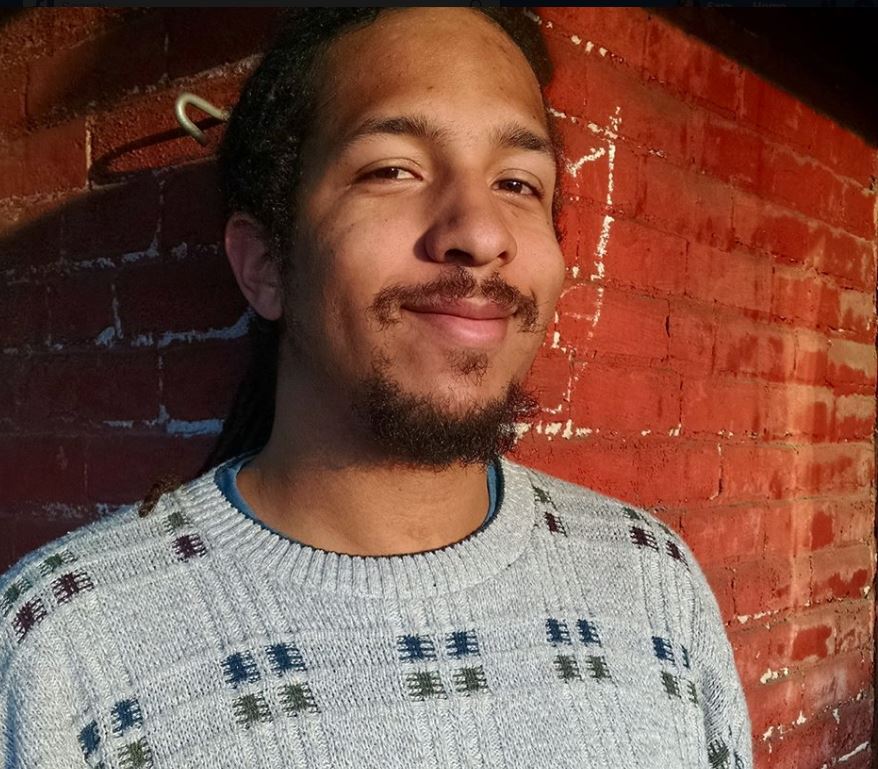 Xinef Afriam, formerly known as Taylor Middleton, is a 26-year-old ARHS graduate who is now working in social justice and on his path to becoming a minister. “Listening to the word is one thing but to preach about the word is another,” he said.

Afriam was raised in the Shutesbury and Amherst area. He graduated from ARHS in 2008.

While here, he was involved with the school choir. “I like to sing so much,” Afriam said. “I grew up in a very artistic, musical  family.”

Afriam was part of a mixed voice ensemble called Chorale, was involved with the Hurricane Singers, and loved theater.

John Bechtold, the Performing Arts Department Head and one of  Afriam’s former teachers said, “He was always growing and always finding the next new thing.”

After graduating from high school, Afriam started up a production company. He also continued going to church and attended community college.

While there, he continued to engage in social justice education, something he was passionate about in high school as well.

Recently, Afriam has worked with people of all ages, including kids in after-school programs, as a choir director at his church, and with teens and adults in the Quaker community.

Growing up, he observed his uncle, Pastor Carlos W. Anderson, give multiple sermons.

One of many reasons Afriam was inspired to become a minister was because of Pastor Anderson.

“He said one of the things that impressed him most about me was that my message is not a message of condemnation but that it’s a message of demonstration,” said Mr. Anderson.

Mr. Anderson met with Afriam on a regular basis and gave him a notebook that contained all he had learned in the process of him becoming a pastor.

They did not just work on how to preach or give sermons but worked on managing people and “how to deal with conflicts in a Christian way.”

Mr.  Anderson took the role of being like “a counselor” to Afriam.

“What I wanted to be with him is a completely honest voice,” said Mr. Anderson.

Although Mr. Anderson is  Afriam’s uncle, their work process was very professional.

“I know that that he doesn’t need one more person addressing him as a child,” said  Mr. Anderson, who has addressed him like an adult.

Aside from working with Mr. Anderson, Afriam formed a group, called the “circle of elders,” people who inspired him and provided guidance on his path.

Rhonda Gordon was one of these guides. Not only is Ms. Gordon Afriam’s mother, but she is also the Vision Keeper and administrator of Hope Community Church.

“I’ve never had the calling for pastorship,” said Ms. Gordon, but when Afriam came to her with the idea that he wanted to become a minister,  she said it “was an unexpected blessing.”

“I had an experience that let me know [it was right],” said Afriam. “I really felt called to do it.”

Afriam’s process of becoming a minister will include him continuing to study and working with the Vision Keeper and Pastor of Hope community Church.

He hopes to work with leaders in the Quaker community again, as well.

While Afriam’s calling is still in process, he said he knows he is on the right path and has the support of many in his community and family.